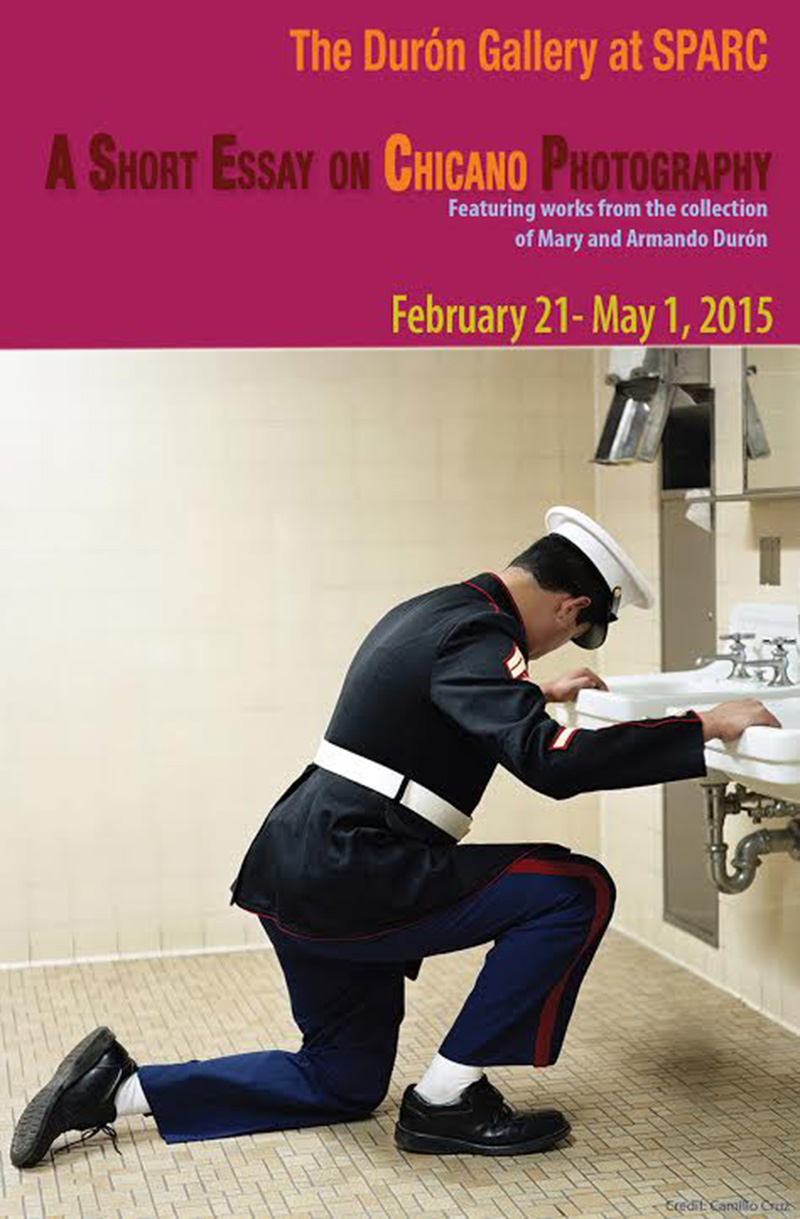 The Durón Gallery at SPARC, Venice,  will present A Short Essay on Chicano Photography, with a reception Saturday, February 21, from 5pm-8pm.

The exhibition is showcasing works from the collection of Mary and Armando Durón that will feature a survey exhibition on Chicano photography that has not been mounted in any venue large or small since in many years.

“One can argue that Chicano photographers took their cue from their quest to create their own reality admitting that it was not objective but reactionary to the few quite negative images that existed about Chicanos and their ancestors,” according to organizers.

The exhibit reveals that the aesthetic and formal concerns were never ignored as Chicano photographers sought to make their mark on their terms. The works in this exhibition will attempt to go beyond photojournalism and to demonstrate that aesthetic, formal and social concerns were ever-present and together often formed the resulting images by the artists.

The Durón Family Collection consists of hundreds of works, together with an extensive library of books, catalogs and ephemera collected over 30 years. Armando Durón has spoken and written widely as a knowledgeable collector on Chicano art of Los Angeles. His unique perspective as a collector, long-time friend of Chicano(a) artists and avid student on the subject is widely sought from Los Angeles, to the Smithsonian, from high school students to professional appraisers.

Durón writes an occasional column for Brooklyn & Boyle newspaper, “From the Living Room Couch” on Chicano art. Works from the collection are regularly shown throughout the country. The Mission of the Durón Gallery is to present socially relevant and politically conscious art, weather visual or performing, especially for underserved audiences, by established and emerging artists, artists’ collectives and student projects.