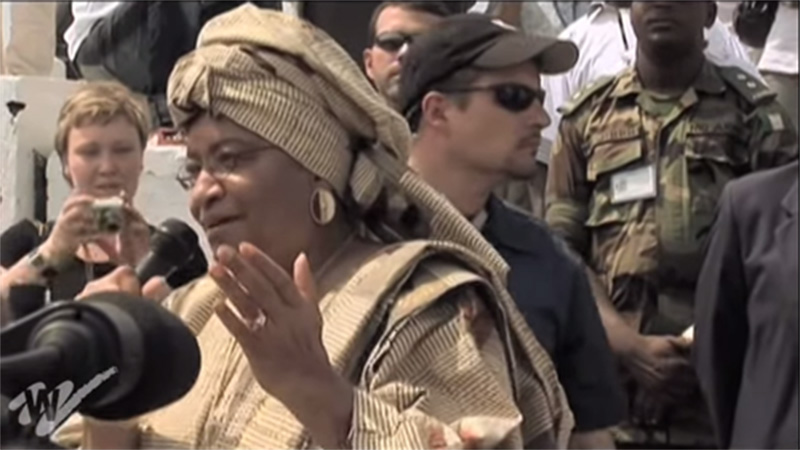 Venice Arts is presenting a free documentary screening series in conjunction with its current exhibition “One Person Crying: Women and War.”

The event starts with a reception at 7pm followed by the screening at 7.30pm.

The screenings will connect the themes in Pulitzer Prize–winning photojournalist Marissa Roth’s exhibition with powerful stories of women in three different communities as they confront war and its aftermath, according to organizers.

The screenings are free and open to the public & will be followed by discussions.

Background on “Iron Ladies”
After surviving a 14-year civil war and a government riddled with corruption, Liberia is ready for change. On January 16, 2006, Ellen Johnson-Sirleaf was inaugurated President—the first freely elected female head of state in Africa.

Having won a hotly contested election with the overwhelming support of women across Liberia, Sirleaf faces the daunting task of lifting her country from debt and devastation. She turns to a remarkable team of women, appointing them in positions such as police chief, finance minister, minister of justice, commerce minister and minister of gender.

With exclusive access, directors Siatta Scott Johnson and Daniel Junge follow these “Iron Ladies” behind the scenes during their critical first year in office as they tackle indolent bureaucracy, black markets and the omnipresent threat of violent riots. Highlighting the challenges that African countries currently face, this film provides an uplifting example of women who have become the backbone of change.

CIRCLE pilot teams dispatched By Dolores Quintana The Crisis and Incident Response through Community-Led Engagement or CIRCLE pilot program has...