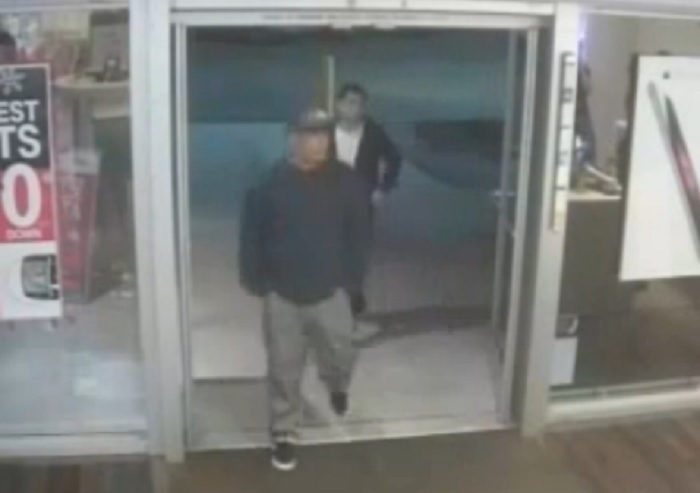 LAPD Pacific Station detectives are circulating video (below) of three suspects involved in the theft of electronics from mobile phone stores in Del Rey, Palms and South Los Angeles.

In each theft, one or two male suspects used cutters to sever security wires from display items, which were then stolen, according to the Los Angeles Police Department.

One theft occurred at a business in the 4300 block of Glencoe Avenue in Del Rey and another at a store in 8900 block of Venice Boulevard, near National Boulevard, in Palms, according to the Los Angeles Police Department. Police did not say when those crimes occurred.

The third happened on Dec. 10 at a business in the 1800 block of Slauson Avenue in South Los Angeles, according to the LAPD, which reported that in that case, one suspect stood watch at the shop’s entry door while the other took the electronics.

In the first two thefts, the suspects were seen getting into a waiting vehicle, police said.

Two of them were described as Latino — one is 5 feet 10 inches tall and 190 pounds and the other 5 feet 8 inches and 150 pounds. A third suspect was seen driving a tan 2000 Chevrolet Malibu, but no description of him was made available.

Anyone with information about the suspects was urged to contact burglary detectives at the LAPD’s Pacific Station at (310) 482-6367. After-hours calls can be made to (877) LAPD-24-7 and anonymous tips can be provided by calling Crime Stoppers at (800) 222-TIPS.

By Yo Venice Staff December 20, 2014
in Westside Wellness
Related Posts