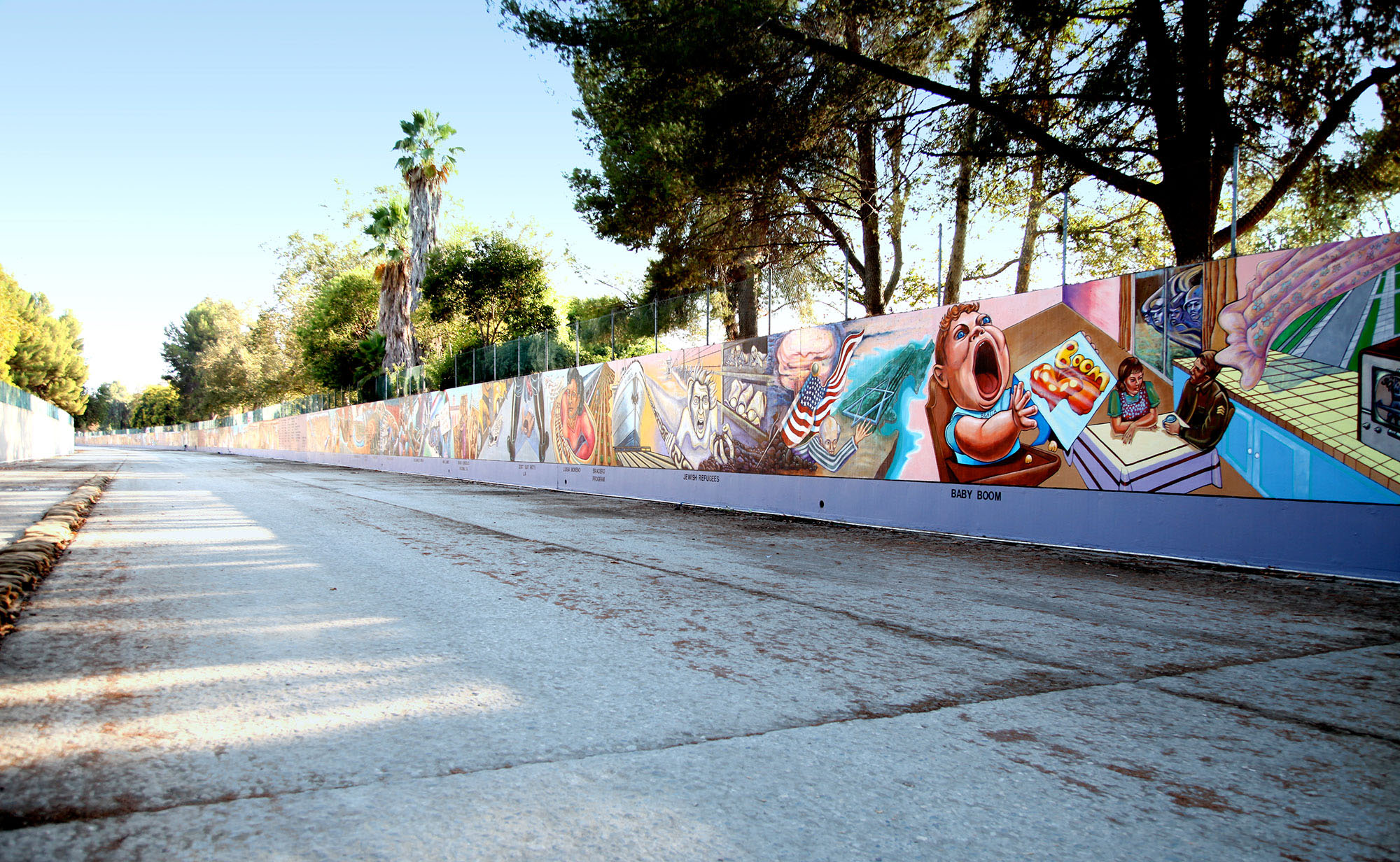 Venice-based community arts center Social and Public Art Resource Center (SPARC) has been named as the only non-profit organization in Venice to receive federal-level funding through the National Endowment of the Arts to support the expansion of the longest mural in the world, the Great Wall of Los Angeles.

National Endowment for the Arts (NEA) Chairman Jane Chu announced Monday that SPARC was one of 919 nonprofit organizations nationwide to receive an NEA Art Works grant.

SPARC is recommended for a $40,000 grant to support expansion of The Great Wall of Los Angeles, a landmark mural, depicting California’s unique history and ethnic diversity, was originally conceived in the late 1970s by artist and professor Judith Baca to address rising inner-city conflict between youth.

The original mural was completed in 1979, and at that time, it depicted California history from pre-historic times through the 1950s.

Baca will continue the work of completing new panels that will represent California history from 1960-90. The mural is located in a flood control channel in the San Fernando Valley in Valley Glen, CA.

NEA Chairman Jane Chu said, “I’m pleased to be able to share the news of our support through Art Works including the award to SPARC. The arts foster value, connection, creativity and innovation for the American people and these recommended grants demonstrate those attributes and affirm that the arts are part of our everyday lives.”

Distinguished UCLA Professor and SPARC Founder/Artistic Director and artistic visionary for the Great Wall of Los Angeles, Judith F. Baca, shared her commitment to completing the original vision to create a mile of mural that depicts the stories and contributions made by all Americans, “SPARC and the communities we serve are grateful for the ongoing support we have received from the NEA for this project. With this current funding SPARC will begin the designs of the 1960s section of the mural.”

Art Works grants support the creation of art, public engagement with art, lifelong learning in the arts, and enhancement of the livability of communities through the arts. The NEA received 1,474 eligible applications under the Art Works category, requesting more than $75 million in funding.

Of those applications, 919 are recommended for grants for a total of $26.6 million.

For a complete listing of projects recommended for Art Works grant support, visit the NEA website at http://www.arts.gov.