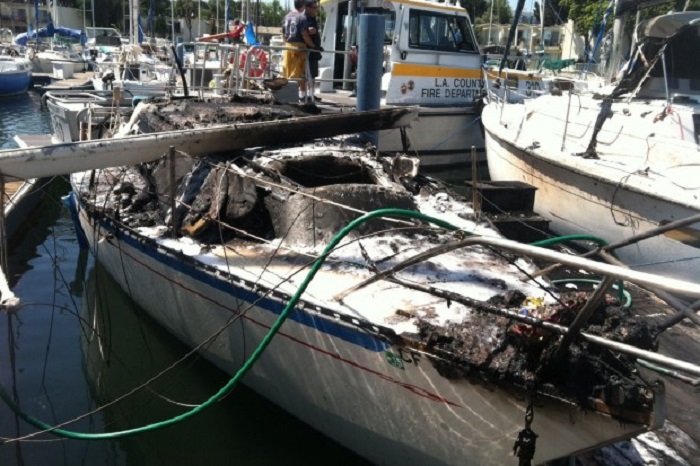 Two Marina del Rey residents, who lost everything that they own when the boat they live in was lost in a fire on the water, are finding that generosity in the community still exists.

A friend of the couple, who are only identified as Tina and James, said the pair jumped the gun and cancelled their insurance a week before the fire because they had sold the boat to a friend, but he had not yet taken possession, or title.

“They had hired a mechanic from Craigslist to work on their Atomic 4 engine before changing ownership. Somehow it burst into flames,” according to the crowdfunding campaign.

The crowdfunding campaign is also raising funds for the mechanic who has 20 years experience.

“The mechanic is a single dad raising his daughter alone,” the campaign said. “He now has third degree burns from his elbows down to his fingertips, and tons of medical bills. Tina and James are homeless with just the clothes on their back. Imagine being at work an hour away and getting that call, ‘um, we think your boat is on fire.’ Imagine rushing home to find a pile of ash, and an even bigger pile of bills.”

The community has come together to raise more than $4,000.

By Yo Venice Staff September 7, 2014
in Westside Wellness
Related Posts