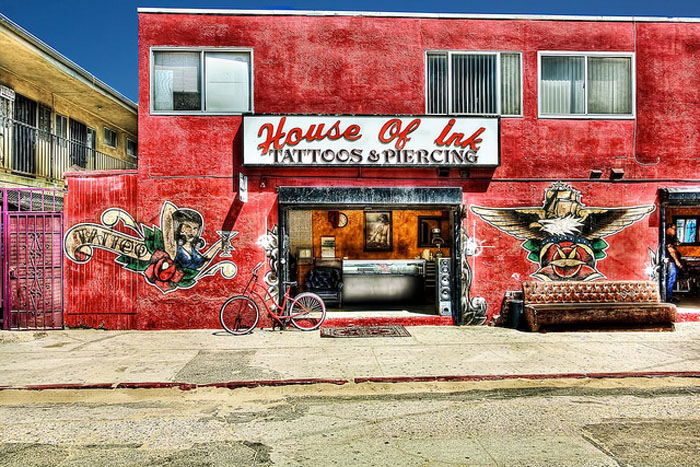 The tattoo parlor from the Oxygen channel’s Tattoos After Dark television series and one of its artists are being sued by a woman who alleges she was assaulted outside the Venice establishment last year.

Mushavu could not be immediately reached, and a man who  answered the phone at the House of Ink said he had no comment.

Fortenberry alleges she and a female friend were leaving the Sidewalk Cafe n Venice about 5 p.m. on April 14, 2013, when her companion became sick outside the tattoo parlor.

Mushavu complained about the woman becoming ill and asked who was going to clean up after her, according to the suit.

Then suit alleges Fortenberry told Mushavu she would take care of the cleanup, but he “suddenly punched Ms. Fortenberry for no reason.”

He later “concocted an absurd story that he feared for his safety and that he was defending himself when he punched a defenseless woman half his size in the face,” the suit says.

Fortenberry still has a bruise on her face that her doctor says is a hematoma, according to her lawsuit.

A Third Street Promenade property owner is calling Santa Monica officials to deal with the issue of homeless individuals sleeping...