Random historic picture of the week: The Venice Pavilion 10-20-1961

The Pavilion at the Venice Beach Recreation Center was dedicated and placed into service in ceremonies on Saturday, October 21st, 1961. 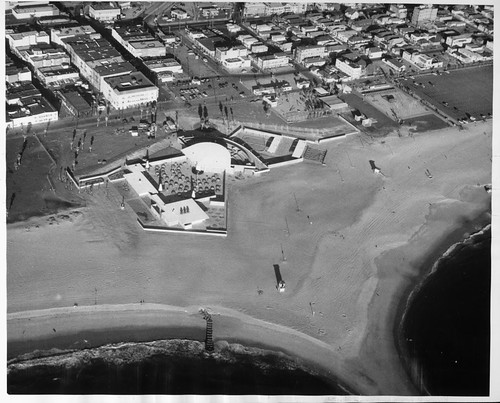 The pavilion was designed by the Architectural firm of Vernon Duckett and Associates and built by contractor William J. Shirley at a cost of $867,000 with financing under provisions of the City’s recreation and park bond fund. 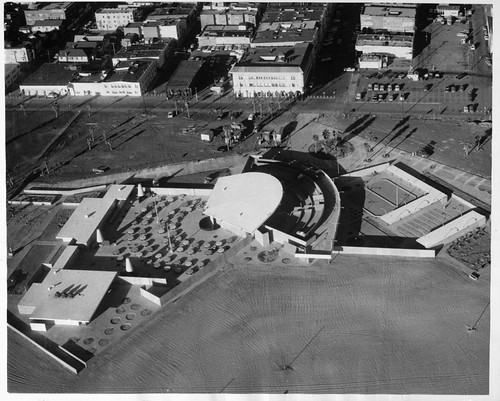 Mayor Samuel Wm. Yorty and Councilman Karl L. Runberg of the 11th District were honorary co-chairs of the two-day celebration which marked the facility’s opening.

The 1,200 seat amphitheater and “the pit” (BBQ facilities) were closed in 1984 and later torn down in April of 2000. Much of the concrete from the building was recycled and used to repave Ocean Front Walk.