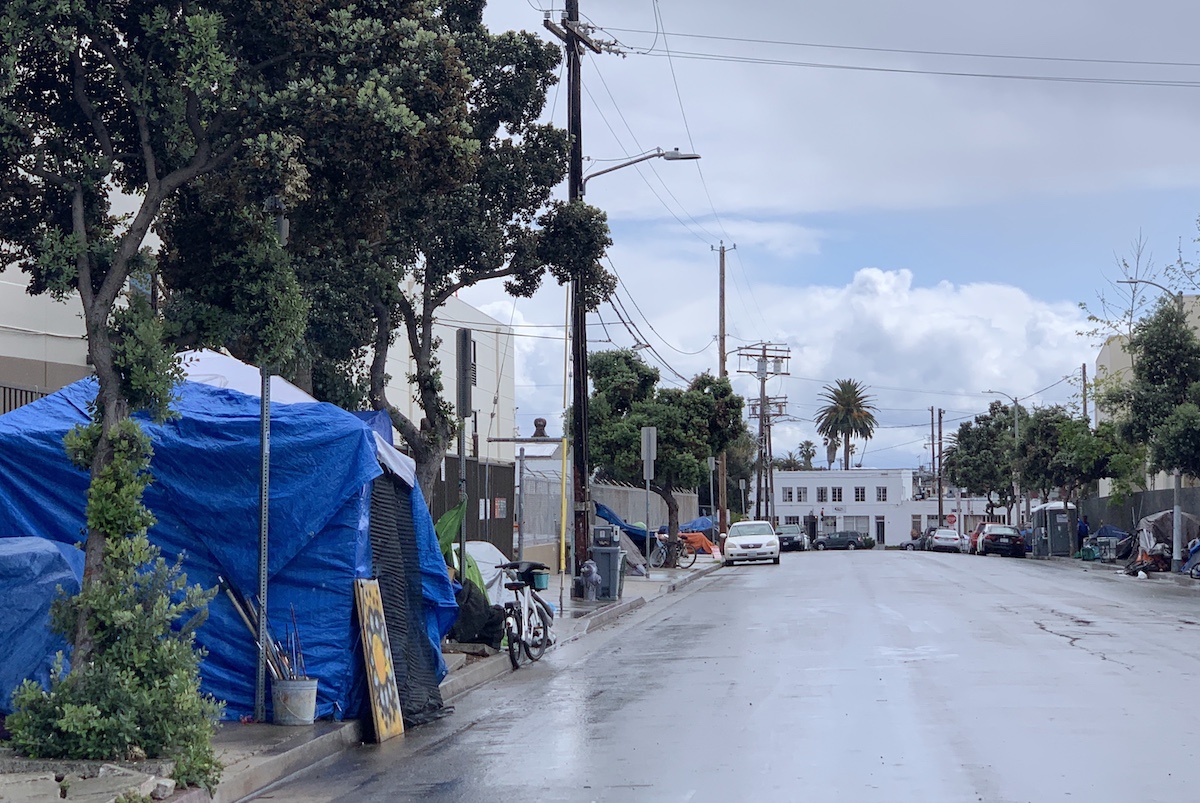 Los Angeles lawmakers have delayed voting on a bill that would allow the removal of homeless encampments anywhere in the city if officials first offer shelter to unhoused individuals.

After four hours of debate on Wednesday, Los Angeles City Council President Nury Martinez opted to continue the vote on the controversial proposal until November 24.

As reported by the Los Angeles Times, “it was clear the council planned to refer the proposal to a committee” but Martinez “said the issue was too important to be shunted to a committee,” and needed to be discussed in public.

The ordinance would also allow City of Los Angeles officials to remove homeless encampments at freeway underpasses, near homeless shelters and in areas that restrict ADA access if unhoused individuals were first offered shelter

The “legislation…will replace out-of-date laws, clarify how we can keep our streets and sidewalks clean, increase ADA access and bring us more in line with US Judge David O. Carter’s direction in the LA Alliance v. City/County of LA case,” said Councilmember Bob Blumenfield, one of the motion’s co-authors.

The ordinance was drafted by Los Angeles City Attorney Mike Feuer after it was requested recently by several members of City Council including Blumenfield.

Among those who are opposed to the ordinance include Councilmember Mike Bonin who represents Venice and much of the Westside.

“It is reasonable to prohibit sleeping and lying on our sidewalks — IF genuine alternatives are truly available and accessible. But they are not. Without those housing alternatives, the ban on sleeping presented by the City Attorney would only serve to push encampments deeper into residential neighborhoods,” Bonin said. “That’s why I support commandeering underutilized hotels and motels for immediate use as homeless housing. This is an emergency situation and it requires emergency action, and using the hotels and motels will provide fast options for getting people off the streets and into housing.”

A counter-proposal that did not pass by Bonin and Councilmember David Ryu called for what Bonin calls a “more aggressive approaches to providing housing, shelter and services”.

At the center of the debate is a 2018 federal court ruling in the case Martin v. City of Boise which bars cities from punishing individuals from sleeping on public property unless they provide sufficient and accessible indoor housing.

According to Blumenfield, there is now a “plethora of beds locally” and therefore the city’s laws should be updated.

“Since the ‘Boise decision’ from the Ninth Circuit Court of Appeals, the City of Los Angeles hasn’t been able to enforce laws against camping on sidewalks because shelters for the unhoused population were not available. Now that we are creating a plethora of beds locally, it’s time to bring our laws in line with the Boise decision and also draft regulations for sensitive areas like freeway underpasses and transit corridors,” Blumenfield said. “I’ve been speaking with community stakeholders about creating new ‘cabin communities’ and building Bridge Housing. I am often asked what will be done to make sure that unhoused people won’t set up camp around these sites. Part of this motion will ban living outside of the new interim housing sites. The goal is to house people, not have to enforce these laws.”