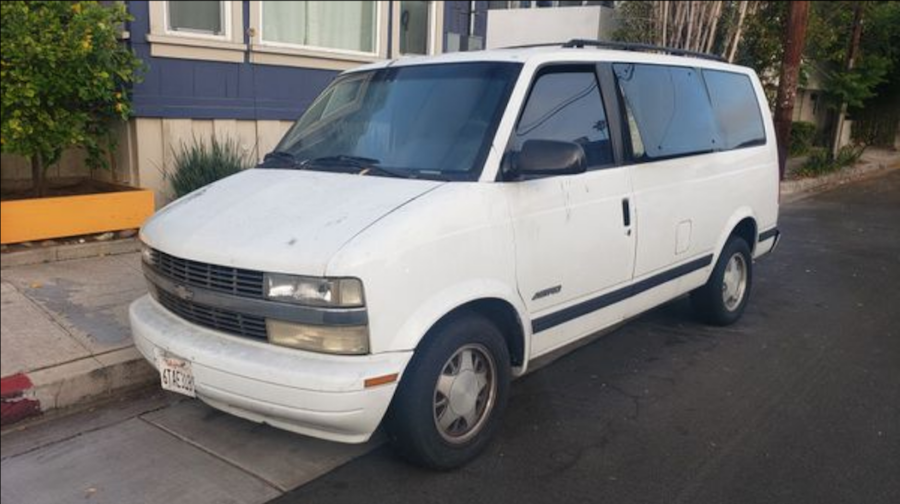 It is again illegal to sleep in a car on the streets of Los Angeles.

On Tuesday, July 30, LA City Council reinstated Section 85.02 of LA Municipal Code which prohibits individuals from using a vehicle for dwelling between the hours of 9 p.m. and 6 a.m. on residential streets and any time within 500 feet of a park or a licensed school, pre-school or daycare facility.

On July 1, City Council let the ban expire before they went to recess, unintentionally giving people living in their cars a grace period.

At City Council meeting Tuesday a heated public hearing took place on the issue, with an overwhelming number of people speaking out against renewing the ban.

“We can sleep in ditches but we cannot sleep in our cars. There has to be a way that we can all work together. That there could be designated for the less fortunate to sleep in their cars while they get on their feet,” said Jose Garcia a veteran who was previously homeless for five years. “Not every homeless person is bad. And everybody deserves a second chance.”

Peggy Lee Kennedy, a member of the Venice Justice Committee, worried that renewing the ban would harm individuals who have the least in society,

“The City likes to think of itself as somehow doing this balancing act to protect the people that are housed by criminalizing and harming those who are not. That’s not a balance. You’re harming people that have the least amount among us,” Kennedy said. “Don’t just work with private developers doing long term efforts and over-the-top bridge housing efforts, that are going to house ten percent or less of the people.”

Mary Anne Curtis of the End Homelessness LA Campaign took issue with the difference in the way the fact that the City lets e-scooters park on the street but not unhoused individuals.

“Thousands of electric scooters are given priority parking on streets that people unhoused are being swept off,” Curtis said. “980 plus have died this past year and your response is to ban them from street parking?”

Despite the overriding public support against renewing the ban, City Council voted unanimously to reinstate Section 85.02 of the code, making the overnight dwelling in vehicles illegal immediately.

Councilmember Mike Bonin, who represents Council District 11 which includes Venice, was not present for the vote. In an email to Yo! Venice, however, Bonin said that he was unable to attend the Council meeting due to a medical issue but would have opposed the renewing of the ban, citing lack of progress with The Los Angeles Homeless Services Authority’s (LAHSA) Safe Parking Program,

“I would have voted against reinstatement of the ban on people living in vehicles. When the council revised 85.02 a few years ago, it was a temporary measure with a sunset provision, outlining where people could reside In their vehicles and where they couldn’t, while the city crafted a safe parking program. We have repeatedly extended the sunset while the city and LAHSA have lagged in creating safe parking for the thousands of people living in their cars,” Bonin said. “We need to be moving people out of homelessness – not into homelessness. If we tell people with no homes that they cannot live in their cars, they are going to wind up on the sidewalks in our neighborhoods, and get locked further into homelessness, becoming harder and more costly to help. It will set us back even further in combating homelessness.”

In his statement, Bonin called on the city to dramatically expand safe parking programs and offer people a secure and legal place to park with a pathway to services and housing.

“That means a dramatic expansion of safe parking at city-owned lots, and an urgent appeal to faith communities, nonprofits and businesses to offer space in their lots,” Bonin said.

In addition to banning sleeping inside a vehicle, the ordinance makes illegal possessing items that are not associated with ordinary vehicle use, such as a sleeping bag, bedroll, blanket, sheet, pillow, kitchen utensils, cookware, and bodily fluids. In addition, the law bans obscuring the vehicle’s windows and preparing or cooking meals inside or on a vehicle.

Violations of the law are punishable as an infraction, with the first violation not to exceed a $25 fine, the second not to exceed $50 and the third $65. Violators may be eligible for referral to a prosecutorial-led diversion program such as the Homeless Engagement and Response Team (HEART).

The ban will expire and be deemed to have been repealed on January 1, 2020, unless extended by ordinance.