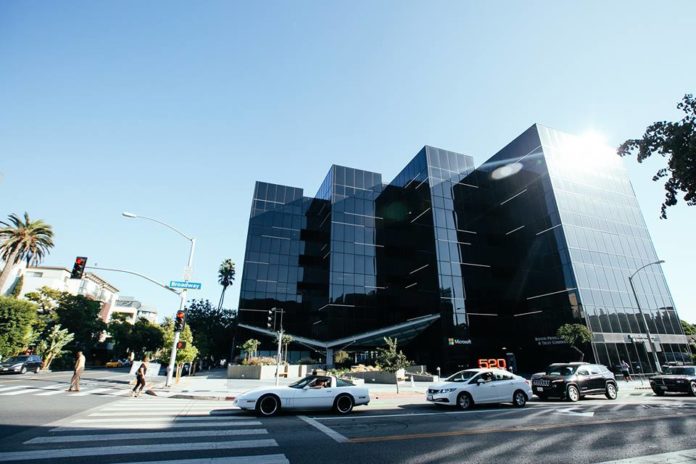 We all see the vacant storefronts around the Westside and it begs the question – why are they empty for so long? Despite a sizzling real estate market on the westside we continually see:

The e-commerce effect on brick and mortar establishments are well documented, even in strong markets such as West LA and Manhattan. New retailers often forgo brick and mortar strategy to sell their products online through organic marketing and social media. A good local example is Ring – a local startup in Santa Monica, selling a home security system operates with almost no retail presence of their own.

A new trend emerged in recent years – shared office space and creative retail structures. They’ve proven to be a boon for the local community – they generate jobs, incubate new startups, and are an efficient use of real estate spaces. Creative office space companies are expanding, and private real estate lenders are shelling out capital to developers to build even more spaces of this kind.

Old retail spaces have little use for today’s new businesses. A traditional casual dining restaurant requires 4000 square feet to operate but new restaurants have no use for that much space. Larger stores require a bigger initial investment and demand much higher rents. To name one example – the iconic Penguin Coffee shop in Santa Monica stayed vacant for years before a viable tenant showed up, and was recently remodeled as a diner.

Closure of retail giants such as Toys “R” Us have taken their toll in secondary markets, as rents stagnated and retail real estate’s future is openly questioned. But some opportunistic entrepreneurs started taking advantage of the vacancies. Companies offering shared office space like WeWork are gobbling up office and retail space in high-demand locations. There are at least a dozen different shared office locations working in Santa Monica alone. The old Westside Pavilion, a retail graveyard that eventually died a few years back – will be converted into high-end offices as a new campus for Google. Sears flagship store in downtown Santa Monica will be also converted into creative office space in the coming years.

It is important to foster and encourage this growth organically – and resist regulatory urges to tax and limit this trend. It is true that traditional retail spaces (car dealerships in particular) generate tax revenue for the city, but vacant storefronts don’t generate anything. The retail real estate market is eager for a lifeline – regulators should take advantage of the Westside’s status as a premium location and encourage more businesses of that nature. New startups and businesses are more likely to stay local, hire locally, and contribute to the local community.

About the author: Avi Sinai is the principal of HM Capital, a Los Angeles company specializes in hard money real estate loan and private lending. To contact HM Capital you can call (530) 436-5630, or email all inquiries to avi@hardmoola.com

By Yo! Venice Contributor February 18, 2019
in Westside Wellness
Related Posts