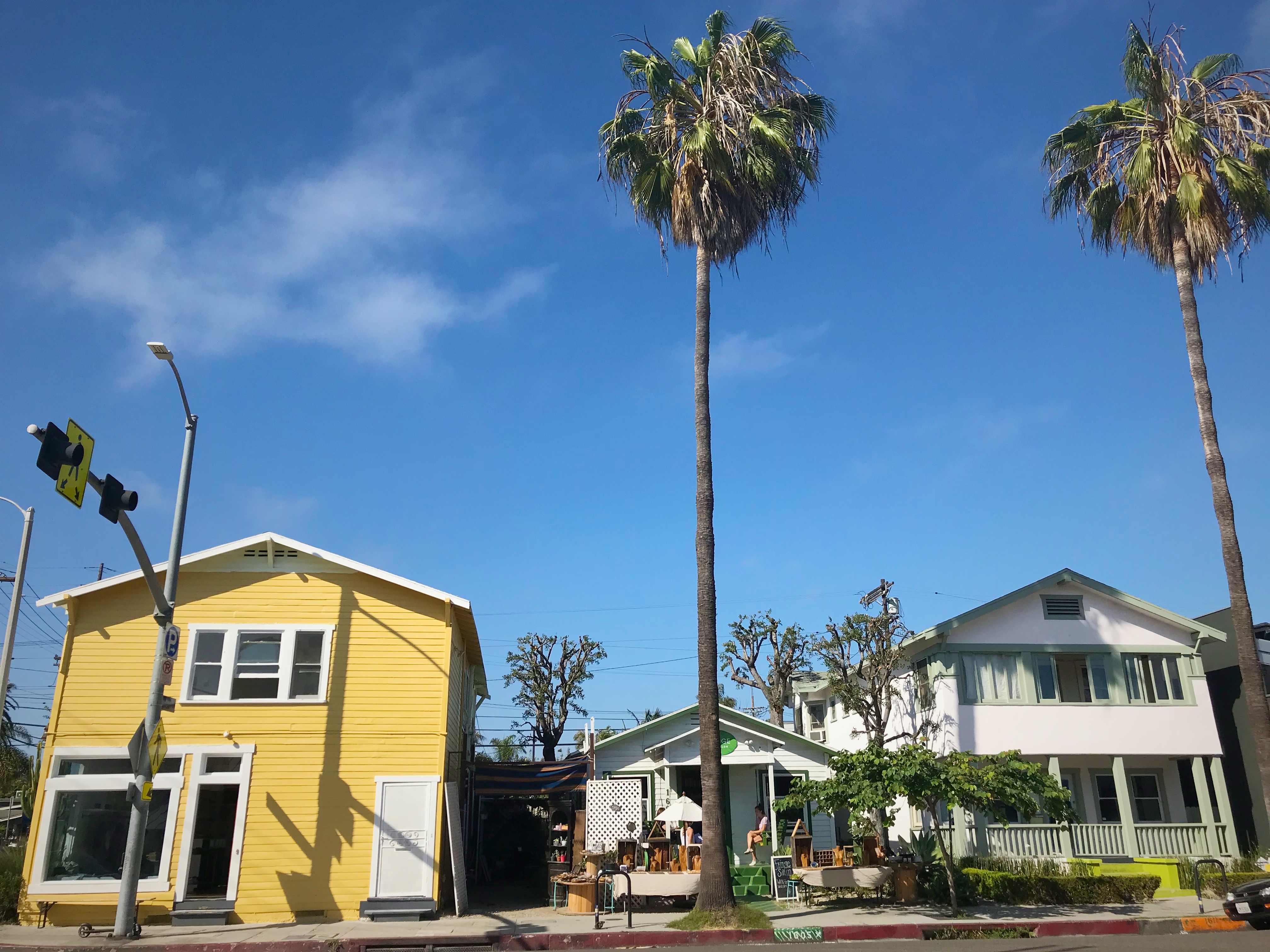 Abbot Kinney Boulevard has some of the most coveted pieces of commercial real estate in Los Angeles, and with all the shopping and dining that takes place on this bustling street, very few people would describe the area as residential. A property owner, however, is being forced by the City of Los Angeles to convert three stores in the heart of Abbot Kinney Boulevard into single-family residences.

“The crazy people who run rent control are now going through the whole area and saying to everyone that if you have two houses on a lot, you have to make them back into houses,” said Jeff Fader, a landlord who owns three buildings on the 1600 block of Abbot Kinney.

Over the years the property has been home to an array of businesses, most recently Steven Alan and The Modern Dog. The three buildings on the property were initially single-family residences but Fader and his family, who have owned the property for over 40 years, have always converted the houses into stores. In 1993, the Los Angeles Housing + Community Investment Department (HCIDLA) gave Fader a permanent exemption to use the properties commercially.

This year, however, HCIDLA told Fader he had to change the stores back into houses because he never updated his certificate of occupancy to show the property’s commercial status.

“There’s a whole bunch of weird stuff going on on Abbot Kinney which works unbelievably against the landlords,” Fader said. “It’s really ridiculous how controlling these departments are.”

HCIDLA gave Fader the opportunity to reapply to maintain commercial status, but bureaucratic hurdles would make the process expensive and lengthy. Per the Califonia Coastal Commission, Fader would have to provide parking spots and bike racks to keep the properties as retail space. In addition, a California law known as the Mello Act would require Fader to build single-family units within the Coastal Zone to replace the homes the stores on Abbot Kinney are occupying.

Therefore, Fader has begrudgingly opted to revert the units into single-family residences.

“It’s very difficult to replace two houses in the Coastal Zone,” Fader said. “I’m stuck, and we’re kind of done. Being that we are decent people, I’m spending quite a bit of money converting all these back to houses and bathrooms and kitchens. Hopefully, somebody will want to live right on Abbot Kinney but who wants to live right on Abbot Kinney?”

Fader has reached out to  Los Angeles City Councilmember Mike Bonin asking for assistance in resolving the matter but has had no luck. For awhile Tricia Keane, the Councilmember’s Planning Director was helping Fader but then stopped returning his calls.

“She won’t return my phone calls. I think it’s shameful that somebody who is supposed to work for the City to help the people doesn’t have the courtesy to say ‘Hello Mr. Fader we can’t go any farther, we can’t do anything for you,’” Fader said. “At least I would have closure.”

While Fader is going to make sure the units will be great places to live, he does not understand what the City’s motives in forcing such lucrative commercial real estate to be converted into residential property.

“The City doing this two me is losing three stores, fifteen employees, sales tax for the City of Los Angeles, people’s lives and the architectural unique little stores on Abbot Kinney that made it what it is today,” Fader said. “We are not new here. We have been here 40 years and we are not the bad guys. It’s just really weird how being a good person has turned out to slap us over the head.”