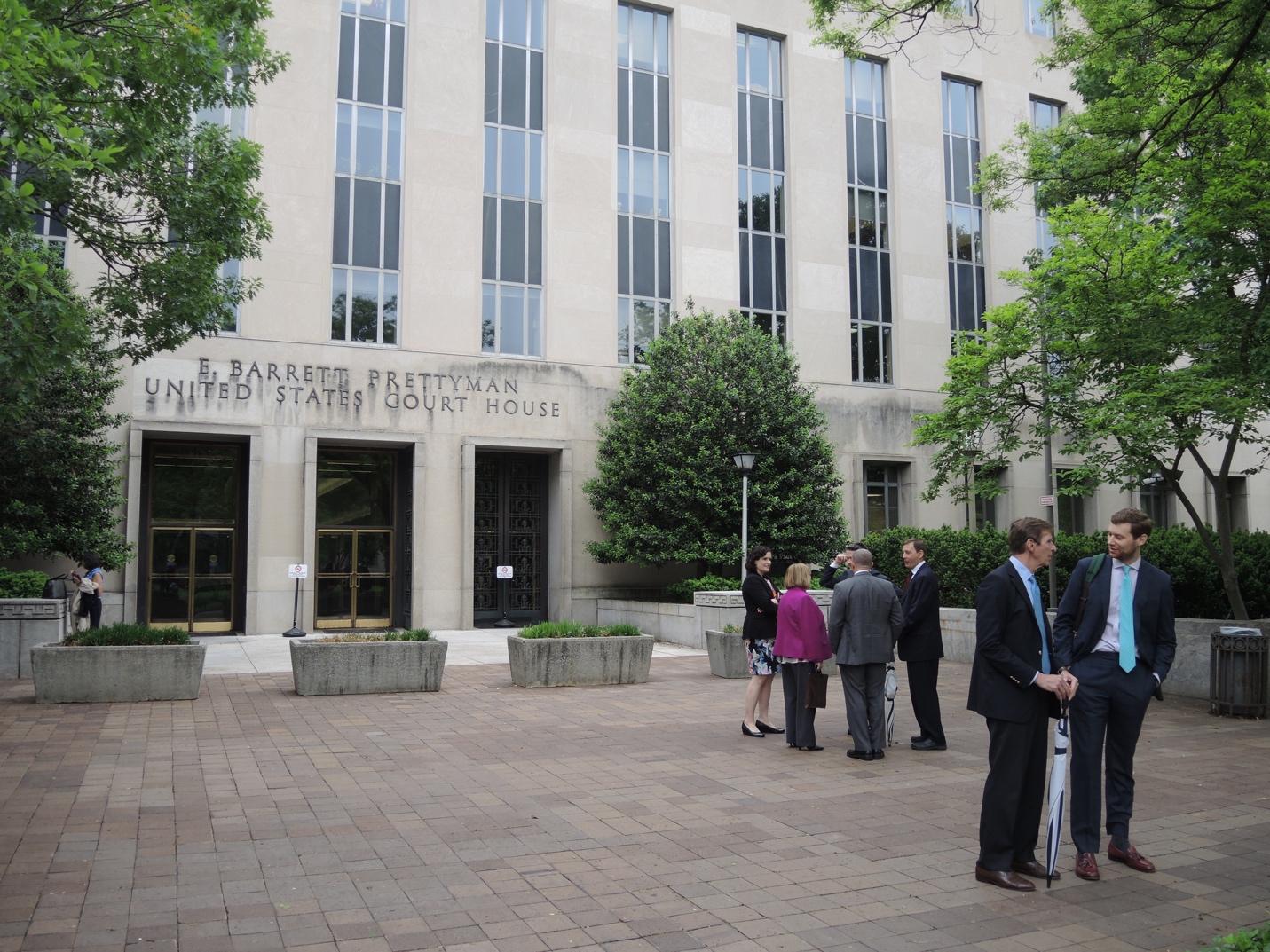 The last time the City of Santa Monica appeared in the D.C. Circuit Court was back in October of 2010 when the City was the Petitioner and the Federal Aviation Administration (FAA) was the Respondent. On Monday, May 14, in the same courtroom, the City of Santa Monica and the FAA were odd bedfellows, sharing the same table as Respondents, defending their 2017 Consent Decree agreement.

Hanging on the walls of the D.C. Circuit courtroom are more than 30 oil painting portraits of D.C. Circuit judges (many of whom have become Supreme Court Justices) as a reminder, the only higher court than this District Court, is the Supreme Court.

Richard Simon was first, speaking for the Petitioners. He did not get far before the Judges asked why is this case was in their courtroom if another Judge had signed a Consent Decree. Simon pointed out, “this is the court, in our view, that handles most administrative law issues, this is a national issue, a national case, here we are.”

In February of 2017, aviation interest groups and aviation business filed a Petition to Review a FAA order, asking the D.C. Circuit Court to invalidate the Settlement Agreement between the FAA and the City of Santa Monica. The agreement, signed by City Manager Rick Cole and FAA Chief Counsel Reginald F. Govan, gave the City of Santa Monica permission to shorten the 4990 foot runway to 3500 feet and close the airport in December, 2028.

The Settlement Agreement was signed the last weekend of January 27th 2017 and then ratified a few days later as a Consent Decree by US District Court for Central California. An attorney familiar with Federal law said, “it is an unusual agreement, an unusual document, executed in an unusual manner.”

Back in 2010, the City of Santa Monica and several neighborhood groups were asking the court to uphold a City ordinance banning C and D category aircraft. This was an attempt to ban jets at the Santa Monica Airport. The City financed this unsuccessful legal action against the FAA with over $6 Million of funds from the airport fund. The current Settlement Agreement, succeeded where the C and D legal action failed. In December 2017, the City spent $3.2 million to shorten the runway. According to the Santa Monica Airport website, the new 3500 foot runway has reduced jet traffic by over 80 percent.

The Justice Department Attorney representing the FAA, Tyce R. Walters, pointed out, “this agreement (between the FAA and the City of Santa Monica) would have no force were it not entered as a Consent Decree.”

The practical question for the D.C. Circuit Court; does the FAA have the authority to relieve the City of Santa Monica from grant assurances and deed obligations to operate the airport in perpetuity?  Additional subjects address statutory requirements, including no public comment and no FAA documentation of its decision-making process.

When the Judges asked why this case should not go back to California, Deanne E. Maynard, the attorney for the City of Santa Monica from the law firm Morrison & Foerster, said, “just the notion that they would have to take an order from this court to the court in California shows what an odd procedure this is.”

The D.C. Circuit Court is expected to rule later this year.

By Sam Catanzaro May 31, 2018
in Westside Wellness
Related Posts