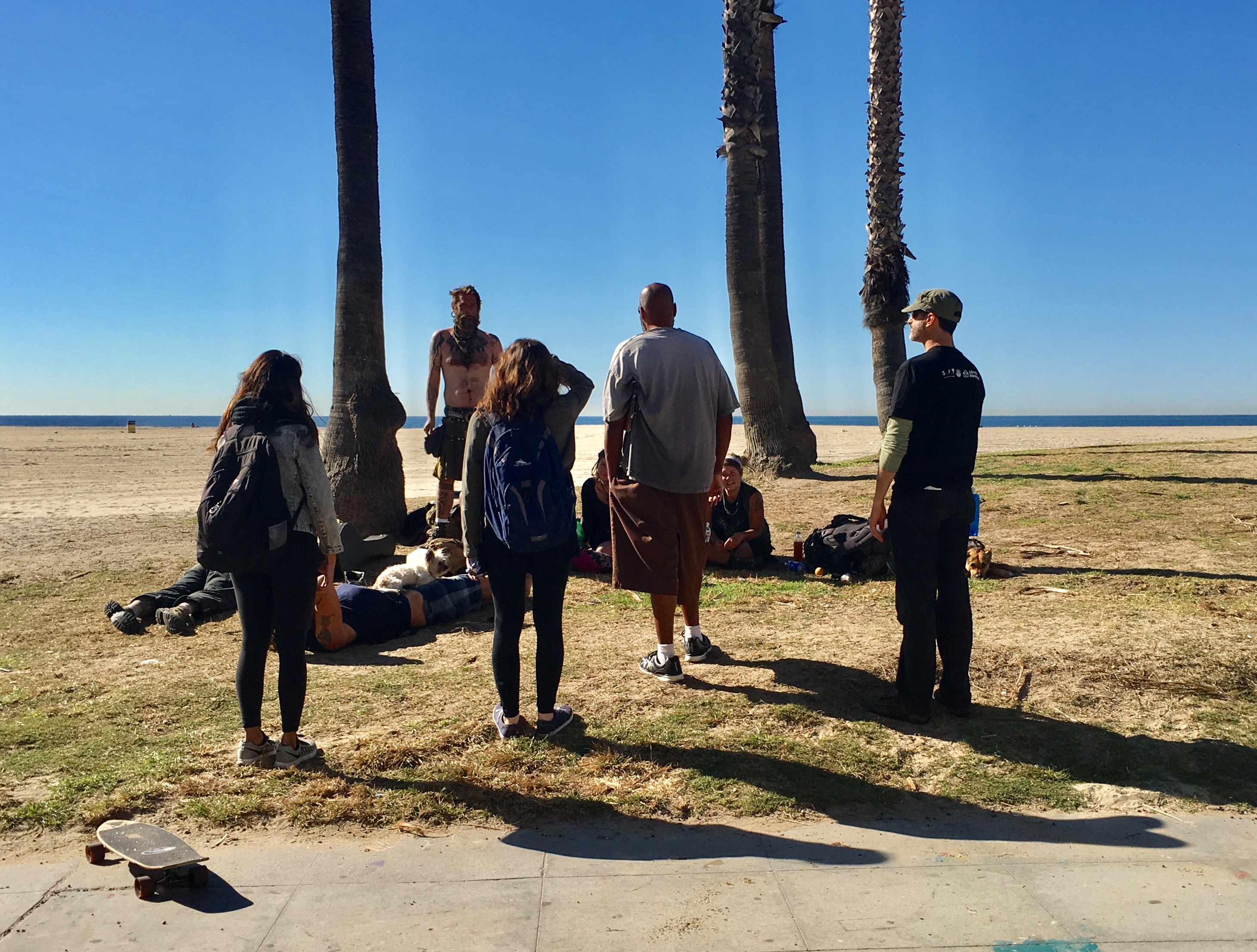 The Venice Neighborhood Council Homeless Committee’s Reunification Program has caught city-wide attention.
The Program, that reunites those homeless with family members and helps get lives back on track, began at the end of 2016 with a special ‘Home for the Holidays’ campaign. A number of volunteers hit the Venice streets, reaching out to homeless neighbors offering help to those willing to return home to family or friends for the holiday season.
Covering travel costs and helping local homeless people access services that they might not otherwise know exist, the Reunification Program gets those homeless back to the friends or family who can help put a roof over their head. “We’ve housed 18 homeless people since we launched this program last December,” Will Hawkins, Chair of the Venice Neighborhood Council Homeless Committee told Yo! Venice.
Over the last year, Hawkins has met with various city officials to spread the word of the program’s success in Venice. On December 5, Hawkins received word that Councilwoman Nury Martinez, who represents Los Angeles City Council District 6 in the SanFernando Valley, had submitted a motion calling for the city to study the feasibility of a city-wide, stand-alone family and friends reunification program. Martinez plans to start a pilot program in her district in 2018.
Hawkins said he was excited about the future of the program, “something that we started here in Venice with a few volunteers has a chance to become the standard of innovative solutions to reduce homelessness,” he said.

Each person on the street costs the city of Los Angeles up to $75,000 per person in housing and services Hawkins explained. “So far we’ve spent less than $5,000 to save the city around $1,000,000 in just ten months. What’s great about this program is that it doesn’t cost taxpayers anything as it is completely financed by donations,” he said.

The 2nd annual fundraiser for the Venice Reunification Program and Home for the Holidays campaign is on Thursday, December 14, kicking off from 6:00 pm, at Safe Place for Youth, 2469 S Lincoln Blvd, Venice.
Tickets are available online here.
Read about how the reunification Program helped homeless artist Randy Bernard back on his feet.
By Melanie Camp December 11, 2017
Tags: featured in Opinion, Westside Wellness
Related Posts