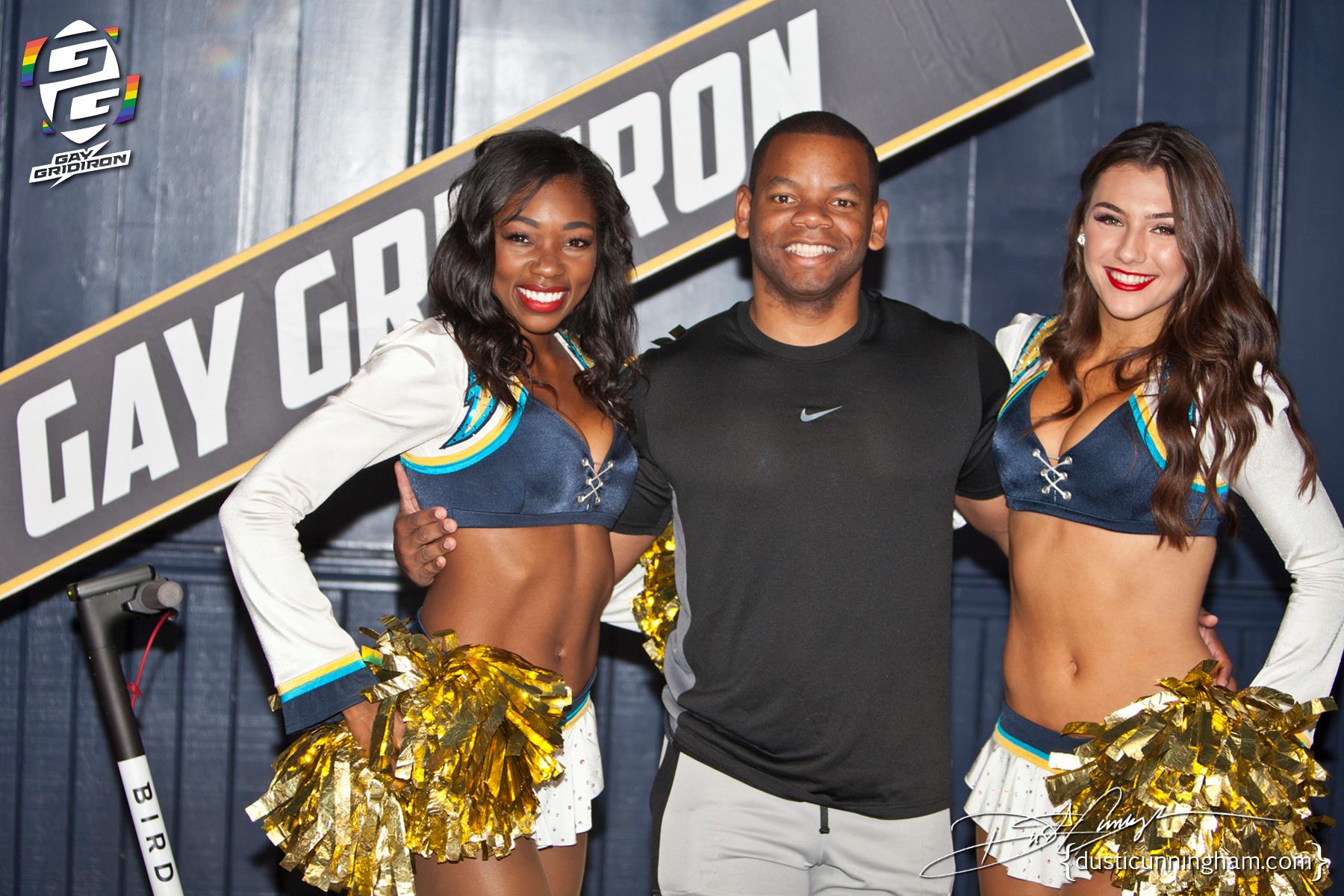 For Westside fans of football, Sundays are about to get a lot more fun. Starting on Sunday, October 29, and continuing through the end of the year, “Gay Gridiron” will unite LGBTQ+ football fans under one roof to watch the Sunday games in style.

When the Los Angeles Chargers supported Venice Pride this year, they made history as one of the first two NFL teams to officially throw their weight behind an official LGBT Pride event. After Venice Pride organizers asked sponsors and community members from across L.A. to purchase a bulb to contribute to Venice Pride’s now iconic light-up pride sign, the Chargers showed their support by purchasing all the yellow bulbs that lit up the “C” in Venice. After that, a new partnership between the L.A.’s home team and its newest official pride celebration was born. Now, the Chargers are official co-sponsors of the “Gay Gridiron” watch parties for the 2017/2018 season.

For “Gay Gridiron’s” kick-off, Grant Turck, the founder of Venice Pride, wanted to boost visibility for all the LGBTQ+ sports fans who feel left out in the community.

“From our inception, Venice Pride has pushed the envelope in unique and impactful ways, funneling grassroots community involvement, equality and empowerment to Angelenos across the city,” said Turck in a press release. “The Los Angeles Chargers are dedicated to making all communities in L.A. feel welcome.”

Special advisor to the Los Angeles Chargers Jeffrey Pollack agrees. “Equity, diversity, inclusion, and unity are fundamental to who we are as a Franchise,” Said Pollack. “We are proud of our partnership with Venice Pride and want all fans to feel like they are part of the team – home or away.”

While the event is targeted toward LGBTQ+ lovers of football, the watching parties are proudly inclusive and hope to bring a whole new element of the community together under one roof. The inaugural watching party, sponsored by L.A.’s Varsity Gay League, invited football fans from all over town to cheer on the L.A. Chargers as they took on the New England Patriots. The free event took place in Santa Monica’s Basement Tavern and featured a “Charger Girls” photo booth and team giveaways.

The watching parties will take place every other Sunday of this year at a series of different locations.