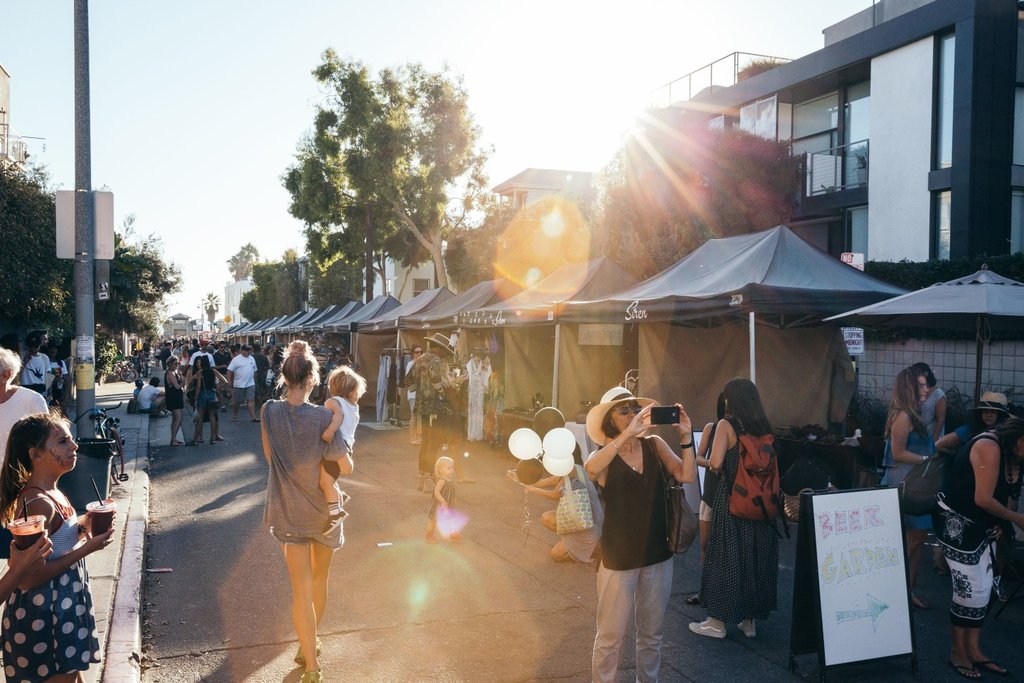 This Sunday, September 24, festivals take over Venice Beach.
Founded in 2015, the Venice Brooks Festival was formed by locals for locals with the purpose of giving back and celebrating Venice. The goal of the event is to create an authentic neighborhood experience on the same day as the famed Abbot Kinney Festival on the residential street of Brooks Avenue.
In 2016, the festival took over the whole of Brooks Ave lining the street with several favorite local vendors. This year, the event extends through speedway all the way to the boardwalk, where local Venice bbq legend Old Skool BBQ will be cooking up a feast for hungry patrons.
The stage and beer garden will be set up in our parking lot where they’re will be cocktails, House Beer and a photo booth. Redbull are bringing in a vintage VW bus thats been transformed into a bar for all the liquor drinks.
A portion of all profits will be donated to The Teen Project.
Damien Fahrenfort from General Admission plays a big part in organizing the Venice Brooks Festival. He told Yo! Venice this year they’ll be sticking with the usual Reggae theme. “We’ve got some big acts lined up for 2017. Rankin Joe, a reggae legend will be our headliner for the day and L.A reggae DJ legends Danny Holloway, Boss Harmony, DJ What will be playing too. We’ll also have a bunch of Venice Dj’s playing between sets,” he said.
This year the Festival is partnering with TOKR, a local tech company that specializes in the cannabis space by connecting the dispensary to the customer. House Beer will be providing all the beer and Redbull have come on to help with infrastructure.
“A big thanks to all the residents of Brooks Ave for making this possible and the city of LA for granting our permits,” said Fahrenfort.
See more at www.venicebrooksfest.com
By Melanie Camp September 23, 2017
Tags: featured in Opinion, Westside Wellness
Related Posts