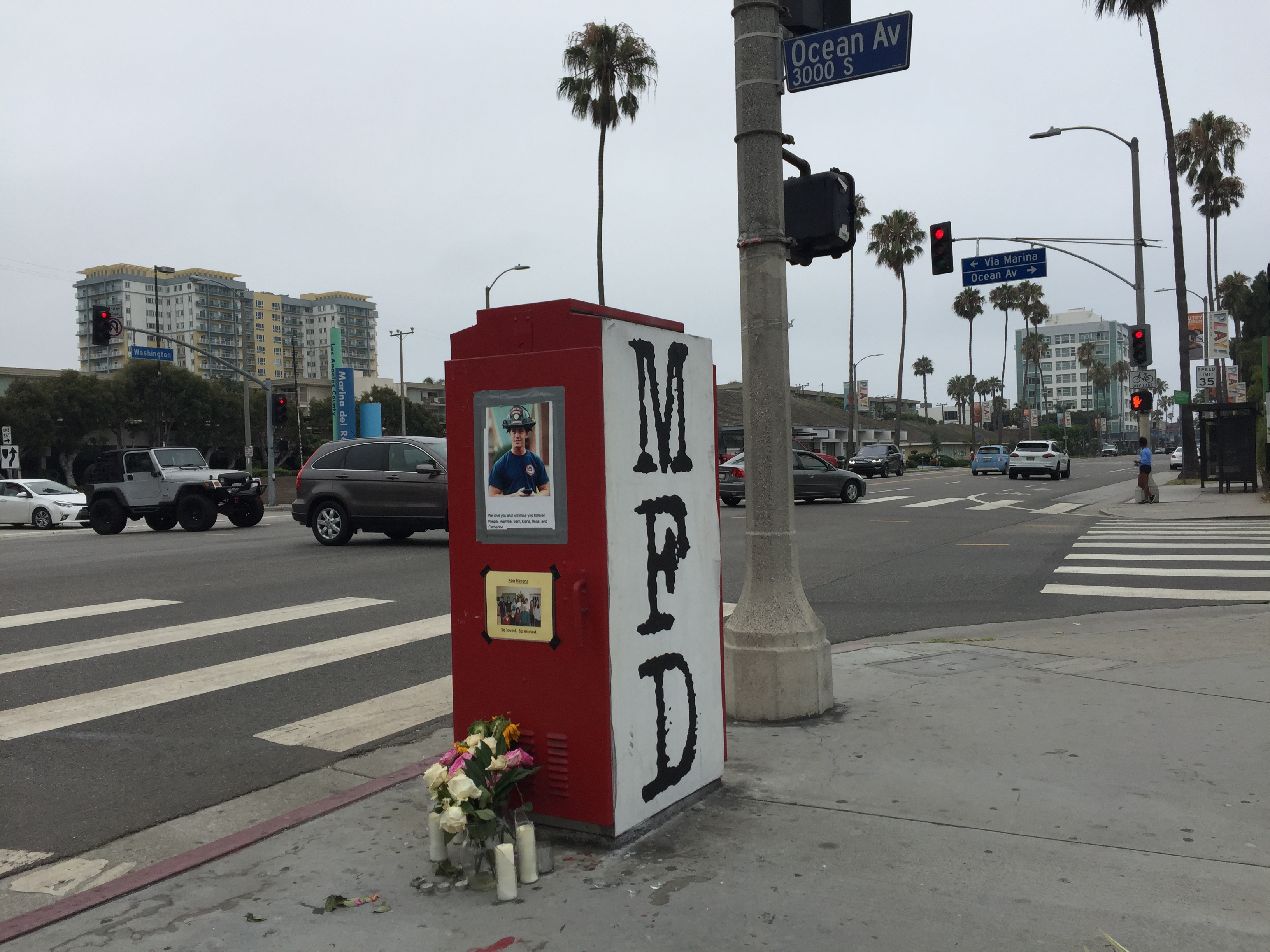 Friends and family will gather in Venice tonight at the memorial honoring Ron Herens, a 23-year-old firefighter, who was killed by a drunk driver on April 10 this year.

The family will present their victim impact statement tomorrow in court. Herens’ mother Cobi Koene told Yo! Venice tonight’s memorial would be about gathering strength beforehand. She said the people of Venice have “carried us through” and have made it easier for the family to travel to the place they lost their son.

“At first I thought what kind of place is this? It must be really ugly, but the people are beautiful. The people make it easier to come here,” she said.

Herens, a big Arnold Schwarzenegger fan, had been visiting Venice from Georgia with friends. “On that last day, he went to Gold’s Gym and Muscle Beach. He then visited Venice Firestation 63,” Koene said.

Herens was thrown 30 feet and killed, and two of his fellow firefighters were injured when the car they were in was hit by a suspected drunken driver on the border of Venice and Marina del Rey at the intersection of Washington Blvd., where Ocean Ave., meets Via Marina.

The firefighters Herens had met were at the scene of the crash and called in Herens as one of their own. Two firefighters from Station 63 and a chaplain, and eight officers from Los Angeles Police Department Pacific Division flew to Georgia for Herens funeral. Moved by the outpouring of support, Koene said “they paid for the trip themselves.”

L.A. local, 24-year-old Benjamin Seider, may be sent to jail on Friday, September 15. The Los Angeles County district attorney accused Seider of driving under the influence of alcohol. Charged with manslaughter, witnesses saw the car Seider was driving run a red light and smash into a Volkswagen.

Seider faced a maximum sentence of 12 years and 8 months but because of his age and not having a criminal history he was sentenced to 7 years and 4 months.

Tomorrow, the Defense will ask the judge to delay sending Seider to prison to give him time to wrap up his business. Herens mother told Yo! Venice she hopes the judge will send Seider straight to jail. “He seems to have an awful lot of rights considering he took away all of Ron’s rights that night,” she said.

To show your support for the Herens family bring candles and flowers to the utility box at the north east corner of Ocean Ave., and Washington Blvd., in Venice. The family expects to be there around 8:00 pm.