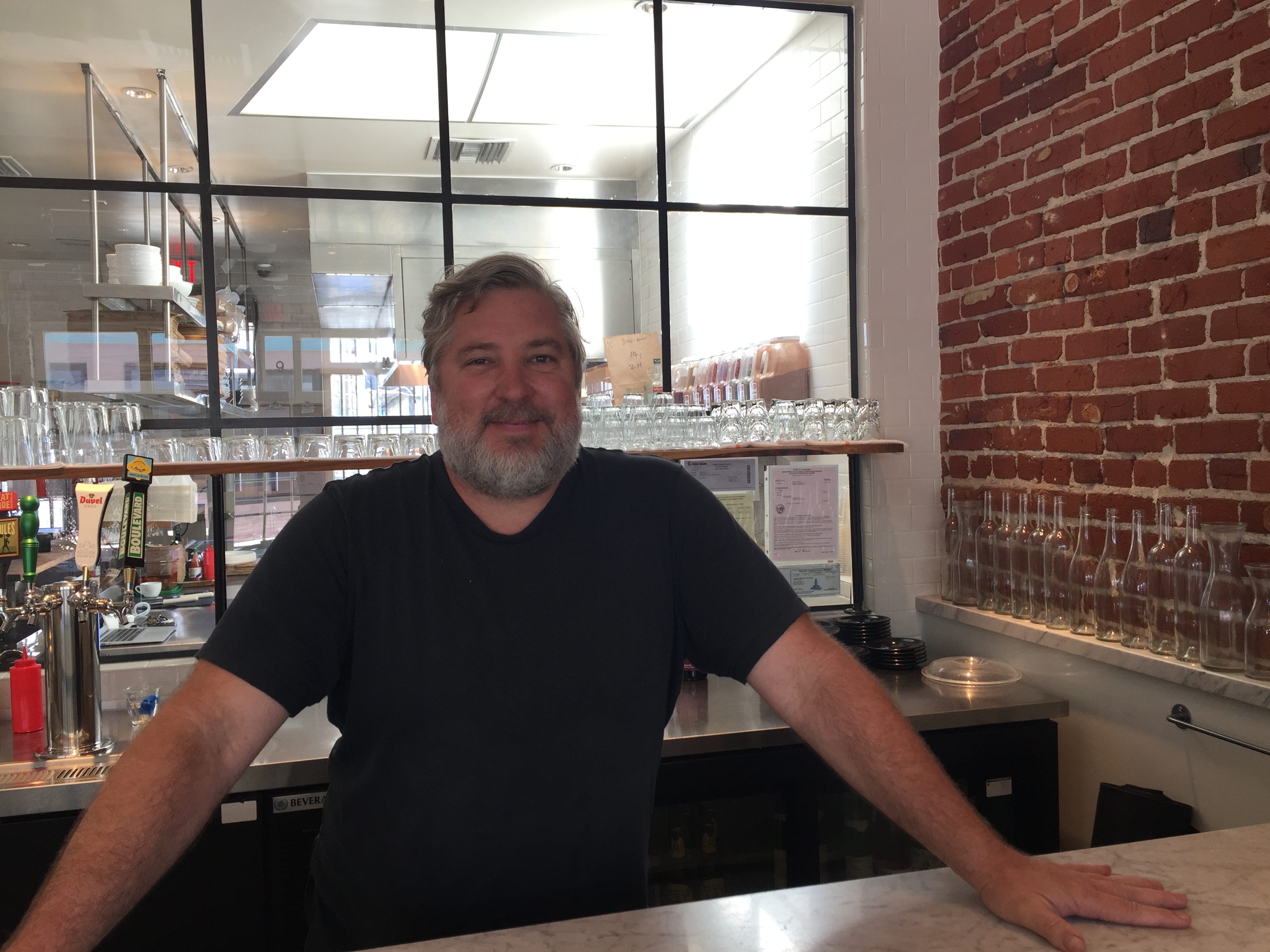 There’s a new restaurant in Venice, and the food is delicious!

Yo! Venice tried a few dishes and let’s just say, “Yep. It’s good. We’ll be going back.” From the house made pickles, hummus, and bread to pasture raised chicken and lamb, our mouth is watering at the memory.

Unlike most new restaurants in the neighborhood, Dune won’t cost your whole pay check. The hummus plate is substantial and only $8.00. The Fried Chicken Shawarma, with mind-blowingly good spices in the batter, is $11:50.

“We hope to join the Venice community by offering a friendly space which focuses on very high quality and organic ingredients, served casually, quickly, and affordably,” said the owner and head chef Scott Zwiezen.

Dune has built a wildly enthusiastic following among the L.A. foodie scene, most likely because it is the anthesis of wanky gastronomy.

Zwiezen is well-known as the co-founder and chef behind the hugely popular vegetarian spot, Elf, in Echo Park. Dune is his second restaurant and is open in Atwater and Downtown L.A. The Venice spot is so far planned as a short four-month residency in the vacant space that used to be Dudley Market.

“We will have natural wines and good beer, and we have a little market which will feature harder to find Mediterranean and Middle Eastern products and fresh produce,” said Zwiezen.

Dune is only in Venice until the end of the year, which gives you less than four months to try it out. However, if the locals are keen, Zwiezen said there’s chance he might stay in the neighborhood.