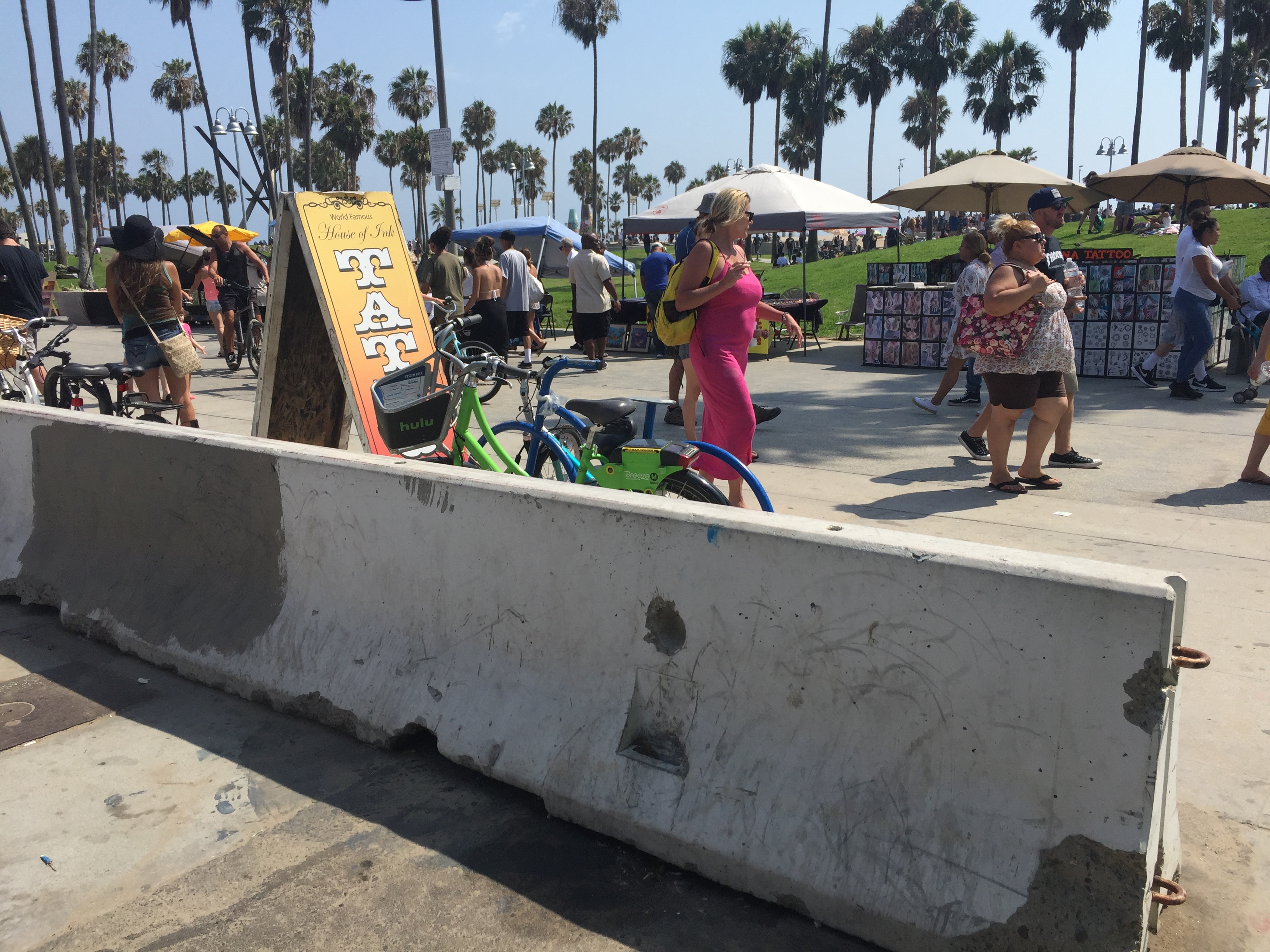 Venice Beach is one of the most visited tourist attractions in Southern California and work to keep the Venice Boardwalk safe continues.

In late June, with a series of protective “K-rails” were installed to restrict vehicle access to the boardwalk. The concrete barriers are a way of physically preventing cars from entering the boardwalk area at Horizon Avenue, Clubhouse Avenue, Park Avenue, around the Sunset Avenue parking lot, Dudley Avenue, and Ozone Avenue.

In June 2015, a court found Nathan Louis Campbell guilty of second-degree murder. Threatening to run over a drug dealer, whom he believed had taken a friend’s money and never returned with drugs, Campbell plowed his car into a crowd of people on the crowded Boardwalk on August 3, 2013. He hit 17 people and killed 32-year-old Alice Gruppioni, who was on her honeymoon visiting from Italy.

The addition of the K-rails is part of a continuing effort to keep Venice safe.