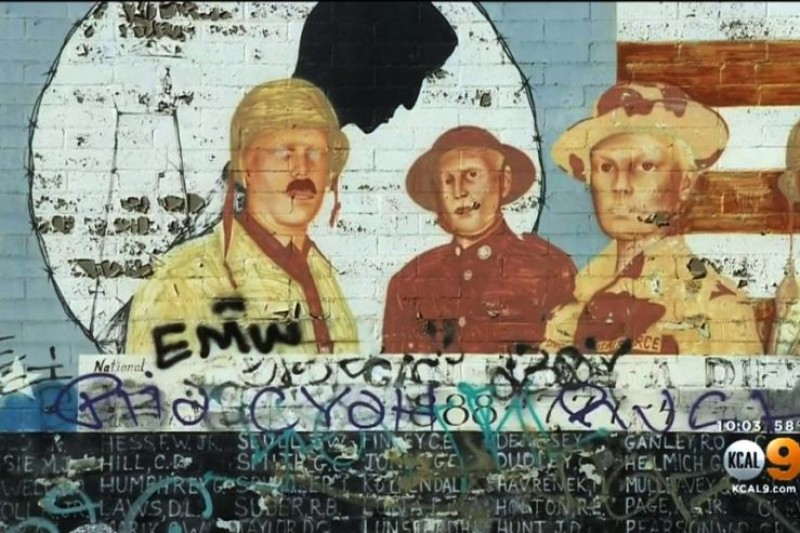 In May of this year, the memorial located on Pacific Avenue containing the names of every POW/MIA from the Vietnam War was vandalized. Since then, two taggers have been charged with defacing the memorial.

Currently, the Venice Chamber of Commerce is raising funds in order to fully restore the memorial to its former state, after suffering multiple kinds of damage.

Both the Venice Chamber of Commerce site and a GoFundMe page are accepting donations for the mural’s restoration.

Anyone who donates over 100$ to the campaign is invited to attend a rooftop sunset dinner at the Venice Beach Suites & Hotel on November 11th, which is Veteran’s Day.

Last week, the second suspect in the defacement of the mural was charged with a felony count of vandalism. The mural’s restoration is still underway.