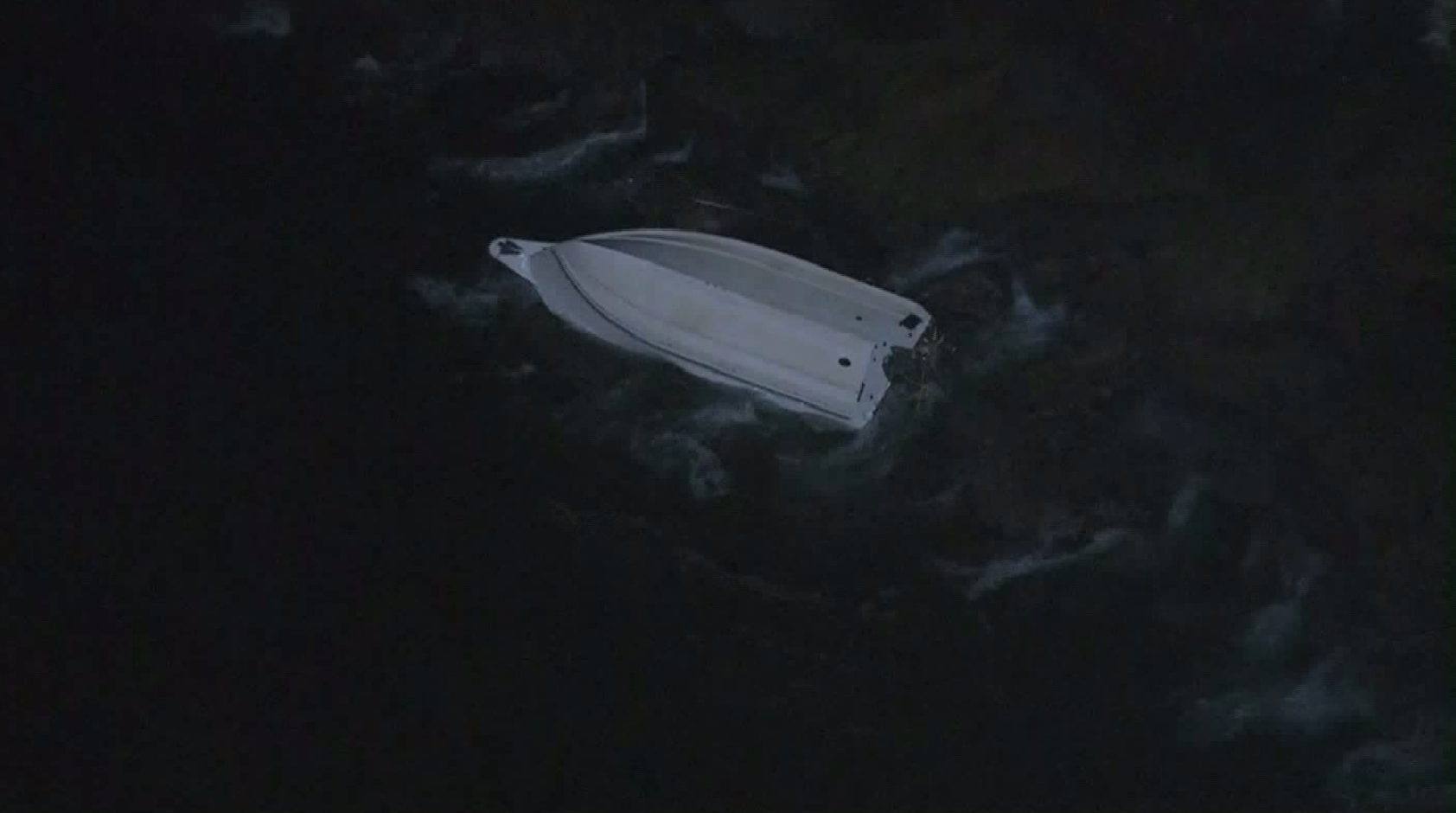 Two men in their 60s were hospitalized this morning after spending about 10 minutes in the water after their boat capsized near the Marina del Rey breakwater, said authorities.

The Los Angeles County Sheriff’s Department received a call at 9:54 p.m. Wednesday about a sailboat on the rocks with two people aboard, according to Lt. Paul Patterson of the Marina del Rey Station.

Lifeguards with the Baywatch Marina del Rey and the Los Angeles County Fire Department responded first and located a 22-foot power boat that capsized and was resting on the break wall, Patterson said.

The lifeguards were able to rescue the two men, who were found clinging to the rocks on the break wall, and they were taken back to the Marina del Rey docks where they were treated for mild hypothermia before being taken to a hospital for further treatment, said Patterson.

Authorities told reporters at the scene that the men were out setting lobster traps when the boat flipped upside down and one of the lines likely became strung around a propeller.

The boat remained in the water due to rough tide conditions, Patterson said. Harbor operations were tasked with reevaluating the condition of the vessel at first light.