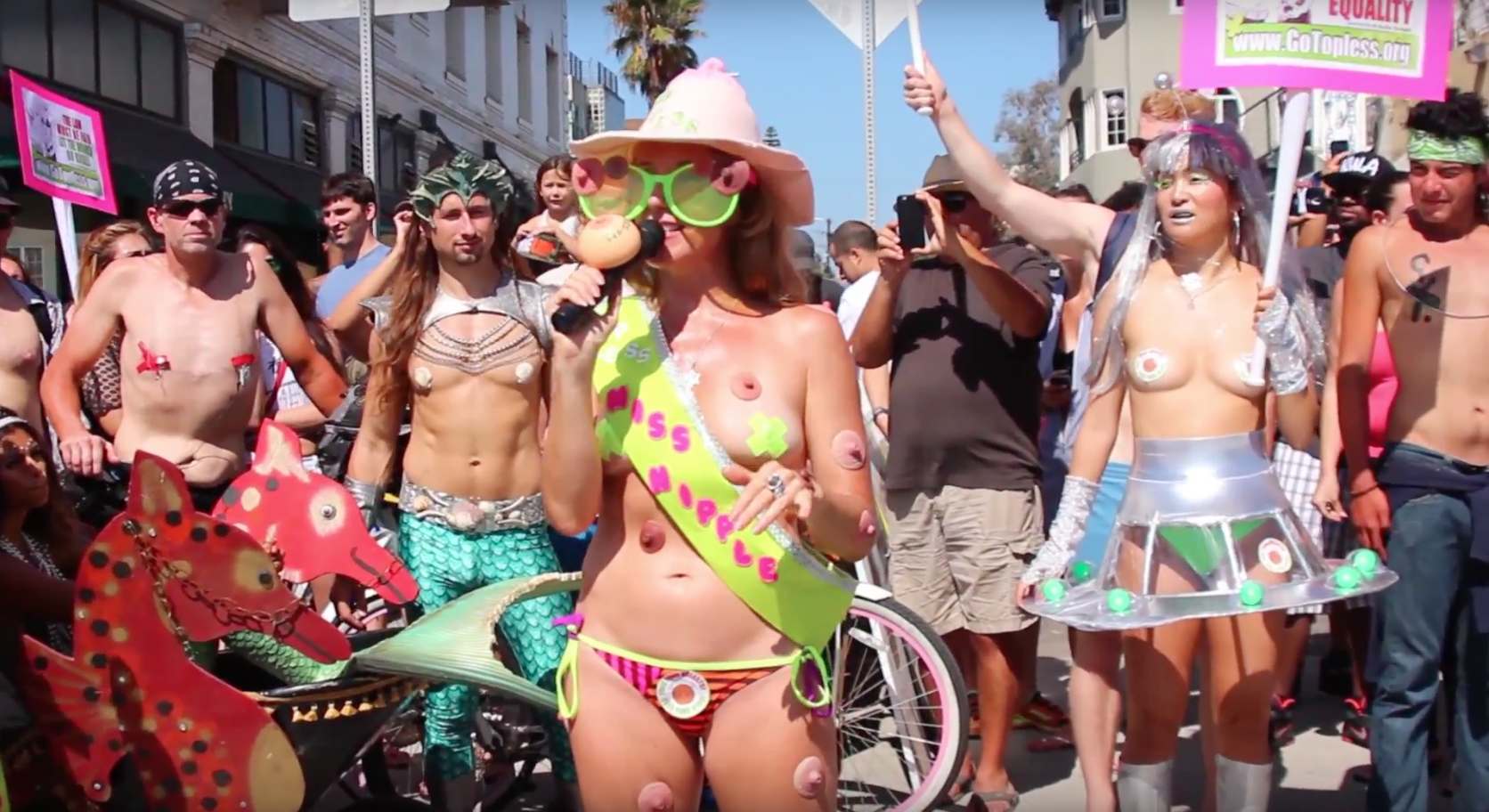 A parade of pasties will march down the Venice Boardwalk this Sunday August 28 when people in cities around the world gather to answer the annual call, standing up for the right for a woman to go bare-breasted in public if she chooses.

Last year the annual topless march drew counter-protests from evangelists touting picket signs, as well as a throng of police and spectators.

Venice Neighborhood Council Secretary, Melissa Diner, sponsored a resolution that would allow women equal topless rights on Venice Beach. In April last year it was adopted by a 12-2 vote, but still requires county and city approval before it can go into effect.

Until the motion becomes law, woman aged over 10 years old need to keep their nipples covered. The LAPD say, “It’s not come in to where they’ve changed the laws on the books…so until that happens we have to go by the current law and the current law says you have to be covered with the pasties, or with clothing.”

Supporters planning on coming to this years march will need to make sure their nipples are covered to avoid a citation.

Historically, topless sunbathing has been allowed on Venice Beach but it was made illegal in the mid ’70 after a photographer shared images that spread around the world and Venice was inundated with people wanting to come and take a peek.

GoTopless Day always falls at the Sunday closest to Women’s Equality Day, august 26th. The day that honors a 1920 decision that saw women earn the right to vote on the basis of gender equality.

Those joining the march in Venice will meet on Ocean Front Walk at Navy Street at 1pm on Sunday August 28th. At 2pm the parade will make it’s was down the Boardwalk until it reaches Windward Circle.

For more information about the cause visit gotopless.org