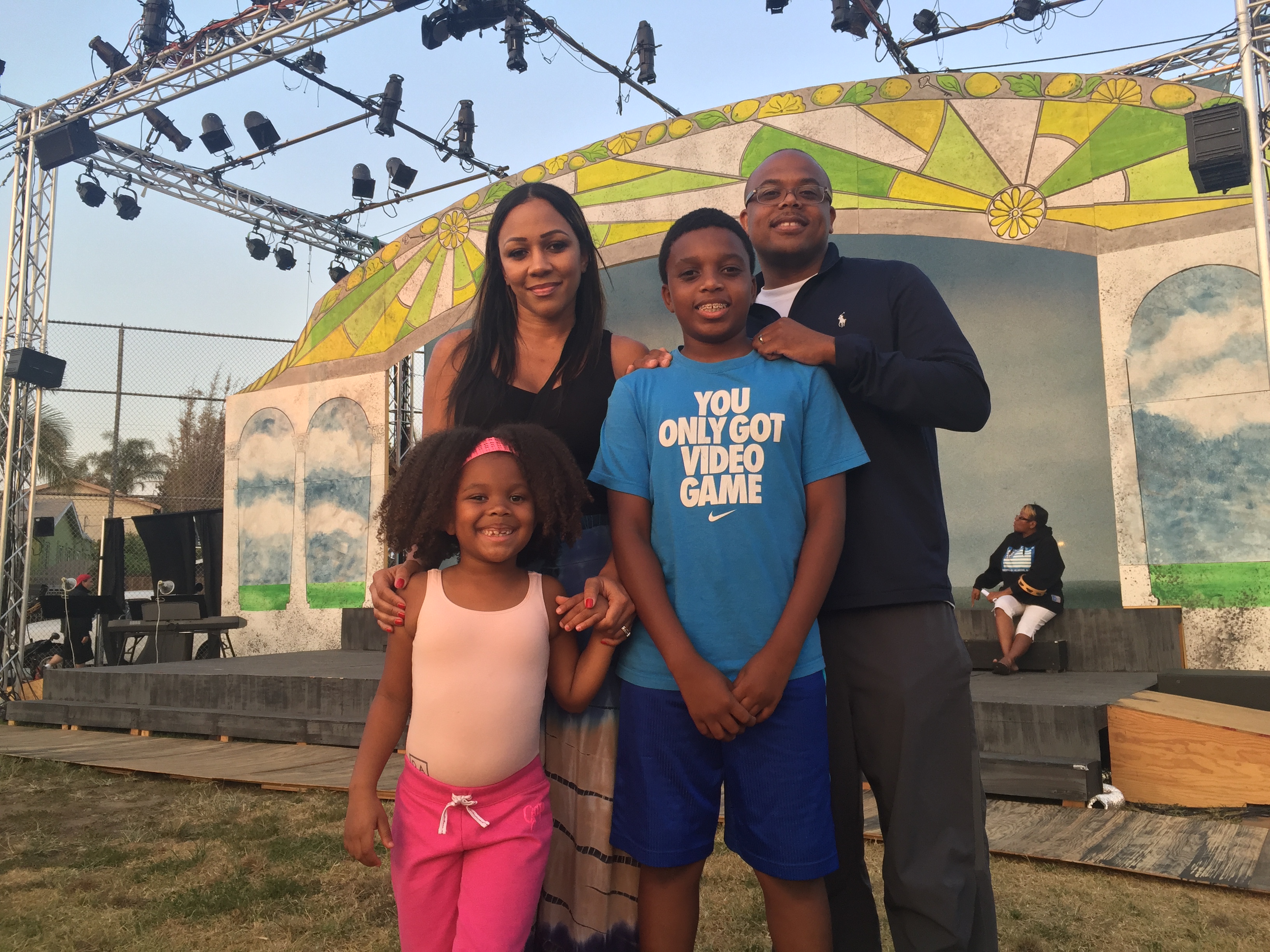 Venice-based play, Ghost Town, opens this Friday. Beginning 3 nights of performance in the park, at the Oakwood Recreation Center. A community collaboration, the play is set against the colorful and complicated neighborhood of Venice Beach. Bringing to the fore timely, and controversial, local issues.

For 30 years, Cornerstone Theater Group has brought together professional artists, and people who would never consider themselves artists, to produce community theater shows based on the stories, concerns, and issues facing the neighborhood in which they perform.

Playwright, Juliette Alexandra Carrillo, is part of the Cornerstone ensemble. A Venice local, she says, “it was a number of serendipitous forces” that lead to the group choosing Venice for this year’s summer tour.

“All we knew was that we were going to do a project in Venice. We didn’t know what the story was going to be about. Our process is, that we do story circles and interviews with members of the community in order to kind of suss out what the story is going to be,” she says.

Carrillo began interviewing Venice locals last summer and the story of Ghost Town began to take shape. “I was really interested in looking at the history of Oakwood, specifically and the African American history,” she says.

During one of the story circles, Carrillo met Ernestine Anderson (née Dabbs). Anderson moved to Venice on July 4th, 1939. She was 4 years old. “I’ve moved away for short periods of time but I always come back because this will always be my home,” says Anderson. “There are three story points in the play based on Ernestine’s story,” says Carrillo who ended up asking the Venice local to be in the play.

Anderson had never acted before. Agreeing to come onboard as a background performer, the retired nurse ended up landing a major part, Playing the senior role of iconic Venice community activist Jataun Valentine, who’s grandfather had worked for Abbot Kinney.

Cornerstone plays are staged in theaters, parking lots, parks, factories, schools, or subway stations. The aim is to include people who live in the neighborhood and have not ever been on stage before.

Anderson feels that being cast is “kind of scary. I know it’s an honor and I will feel it when it’s over but I’ve never been in a play.” Anderson’s sister is also in the show.  Playing the role of their Mother, “and I know Jataun. I’ve known her ever since I can remember,” says Anderson.

In another wave of serendipity. The role of young Jataun went to Valentine’s real-life, great, great grand-niece, 6-year-old Jolie Brasile.  “She came in and was hands down the best,” says Carillo.

When Jolie got the part Brazile says the whole family was “über-excited.” With Jolie’s older brother Tyler (who is not an actor), also landing a part, the show will be a family affair in more ways than one. “Our whole family will be down here,” to watch the show, “especially on the Saturday,” says Brazile.

Dancing from the age of two, Jolie caught the acting bug a couple of years ago. Of being in Ghost Town she says, “It’s fun to do the dressing up because they have nice dresses, and nice shoes, and nice socks and everything.” The actress says she’d like to play Cinderella one day.

While she has booked roles in national commercials for Kohl’s and Disney, Ghost Town is Jolie’s largest role so far, “the first scene I’ve got all covered now.” She says she had thought about “…writing it down on paper but I remembered the lines so I don’t have to write it on the paper any more.”

Not wanting to give too much away to those who haven’t yet seen the play, Carrillo says, “I wanted a slightly heightened world. A slightly absurd world. That’s why I had bungalow personified.”

Ghost Town is a love story between a woman and her house. When Zelda is offered big bucks for her charming Bungalow, she’s face with the decision, should she stay or should she go? Visited by the ghosts of Venice past, present, and future, Zelda learns of the vibrant history of her community. The visions of Abbot Kinney. The dreams of migrant families. The inspiration for generations of artists and creatives. However, she also learns that not everyone is as they seem, and the future may be dark for her beloved home. Full of music and revelry, Ghost Town serves up a story of home, community, and change that is both raucous and real.

As far as who she’d most like to see in the audience, Anderson says, “I hope the developers come and listen to it and know that a lot of people don’t want to sell their property and for God’s sakes, leave them alone.”

Anderson says life was good growing up in Venice. “We had fun down here. We had a lot of fun. Growing up we were poor, I’m sure, but we never knew it. We seemed to have everything. It was a nice community and everyone helped one another. It was wonderful.”

Of the changes she has witnessed in Venice over the years Anderson says, “everything has it’s good and it’s bad. On the whole it’s a wonderful place to live. I wouldn’t want to live any place else.” However, she does say she believes Venice used to be a much more generous place. “Everyone helped one another. It was just a different world. We had the haves and the have-nots but if one person had something, then everyone had something.”

Over the past 82 years of her live Anderson says she has witnessed the world become a different place.

“We think we’ve come so far but sometimes we’re not moving at all as a society. We can stand by and watch someone go right down the tubes and never offer a hand. I don’t think it hurts us to always be kind, always to speak to someone because you don’t know what kind of a day that person is having,” Anderson says, hoping people consider this after watching the show.