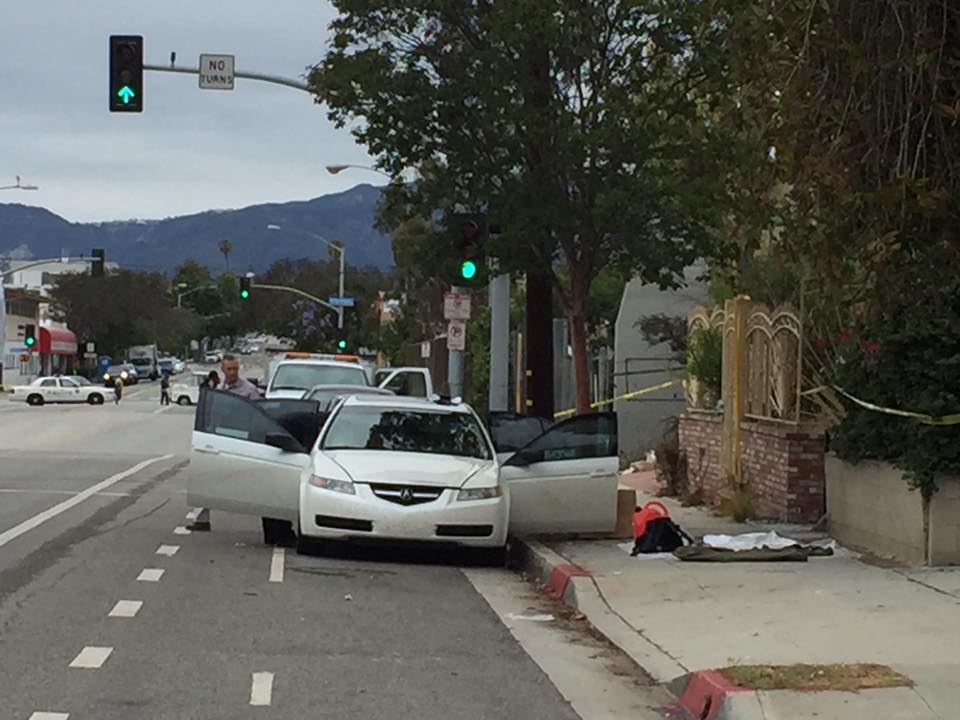 Picture of a car found in Santa Monica containing weapons and explosives. Driver says he was heading to LA Pride.

With news of a horrific massacre of gay and lesbian people spreading, 400,000 people were expected to gather in West
Hollywood today for one of the nation’s biggest public festivals celebrating gay, lesbian and other alternate lifestyles.

But what normally is a celebration was likely to became a memorial for the 50 gay, lesbian or transexual persons gunned down overnight in Orlando. America’s worst mass gun attack also prompted sheriff’s deputies to increase security at today’s Pride Festival in West Hollywood.

Normally, 400,000 people or so usually party at a rambunctious
celebration of freedom and sexual orientation. Deputies today urged festival participants not to change their plans. In the predawn hours, and as the intelligence community nationwide spread the news, Los Angeles County sheriff’s deputies activated their Criminal
Intelligence Bureau to monitor information about the shooter’s links to ISIS, and possible local threats.

“In light of the unfortunate shooting incident in Orlando, Florida, the
Sheriff’s Department is fully prepared to respond to a similar situation, should the need exist,” said sheriff’s Lt. Edward Ramirez told City News Service this morning.

“As a result of the Pride Weekend, security has been increased. We, as a department, are in heightened awareness and our Criminal Intelligence Bureau has been activated today and they are gathering and disseminating information, as they receive it.”

“We want to ensure the public that was have a large law enforcement presence and we encourage (the public) to come to West Hollywood and enjoy the parade, music, food and festivities.”

Early arrivals for today’s Pride Weekend were seen in tears. “I think there is grief, it’s a very mournful feeling that we’re all in,” one woman told Los Angeles TV station KTLA. “But I think that for me (the mass murder) is more of a reason to stand
out here to say, `I am gender queer and these are my people.’ We are people, I think if anything it’s just another reason to come
out here to celebrate who we are just like anyone else.”

The 46th annual LA Pride Parade was to continue along Santa Monica Boulevard in West Hollywood today. Before the gun carnage in Florida, 400,000 people were expected. The parade has been held every year since 1970, except for 1973 when infighting over crude displays the previous two years left the organizers in disarray. The parade was held in Hollywood until 1979, when it moved to West
Hollywood.

The festival began Friday and was to conclude at 11 p.m. tonight Grammy- nominated singer and songwriter Carly Rae Jepsen will be the main stage headliner.

Reaction began to come in as news of the overnight massacre spread. Richard Zaldivar, director of a community organization that serves Latino LGBT persons, said the shooting attack shows that Americans cannot “go to other lands and preach tolerance until hate is eradicated here in our homeland.”