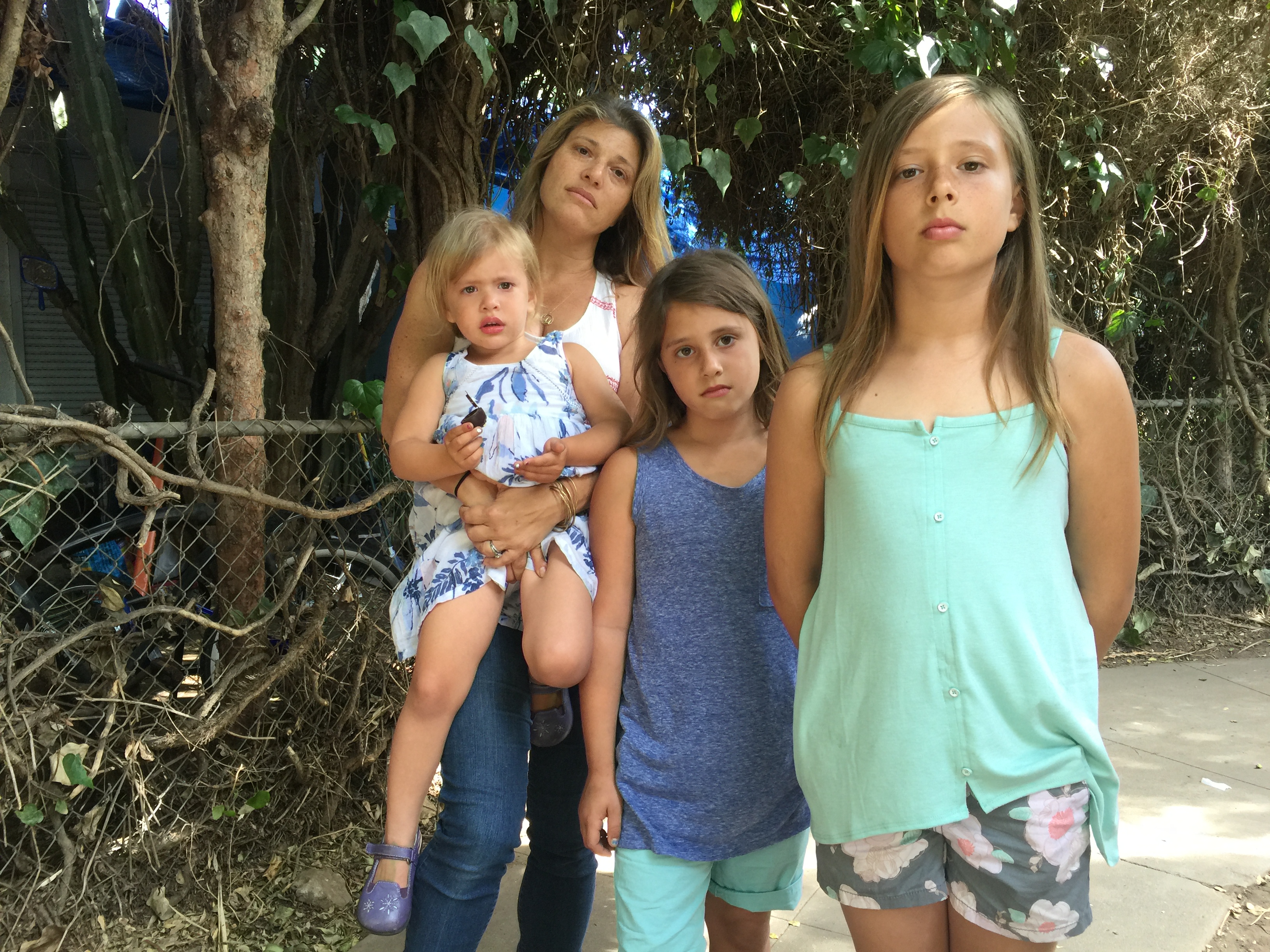 At night the Westminster Dog Park on Pacific Ave., in Venice is a dark block underlined by a strip of Main street along which old Winnebagos and Bounders line up. The park’s fence line pushes it’s limit close to the sidewalk where, day by day, a homeless camp grows in size, and it’s testing the limits of locals.

It is not the only spot camps have popped up around the neighborhood. From the village of cars and campers near Ralphs supermarket to small camps on residential streets. Micheal Betti now has a group of homeless camping in her quiet walk street.

Betti moved to Venice over 13 years ago, before her three daughters were born. She says she and her husband chose to stay in Venice to raise their family because they believed it was important to expose their children “to different types of people, you know, different walks of life.” She says however now living in Venice is having the reverse effect.

“I have a fear of them,” says Betti’s eldest daughter. Her younger sister says the homeless on her street have “dookie faces.” When her older sister asks what she means, she explains, “you know when you’re going to the bathroom and you pull this face,” scrunching up her nose and eyes and beginning to squat while her older sister squeals at her to stop.

The family’s homeless neighbors cause trouble at night. Screaming, taking drugs. During the day they use the walk street as a toilet. Betti says the homeless crisis is something she has had trouble explaining to her daughters.

“My kids are scared. They don’t really understand it and they see that nothing’s getting better so when I try to talk to them about it it doesn’t really resonate with them. All they see is people going to the bathroom on their street and they feel unsafe at night. They see things on their walk to school that kids shouldn’t really see at this age. So it’s creating a paranoid feeling in our family,” says Betti.

On March 29, 2016 hundreds of neighbors crammed into Westminster Elementary to hear Councilmember Mike Bonin’s plan to implement strategies to fight the homeless crisis. The only initiative that divided the room was the proposal to turn the abandoned senior center at the Westminster Dog Park into storage units to be used by the neighborhood’s homeless. Some cheered, others booed, and Bonin added the plan would have to be run by the Venice community before it could go ahead for sure.

“It will bring hundreds of campers back to this park and with them break-ins, late-night noise, trash, public inebriation, defecation and urination, and assaults,” says Betti who is against the proposal. She believes providing storage for homeless belongings is a “band-aid” solution.

“I support low income housing and finding jobs, help, shelter for the homeless. I do not support local government abandoning people on the sidewalks and making it a communities problem to deal with. Supplying band aids, such as opening bathrooms along the beach and turning spaces into storage does nothing for the homeless or the community for the long-term,” she says.

Bonin says Venice residents “know all too well that homelessness is a crisis that is destroying lives and impacting neighborhoods. We need action, and that is what I am proposing. I have heard from a lot of neighbors who are concerned about the cleanliness and safety of your neighborhood, the well-being of people living on the street, or both. The common thread in all of these messages is that we all want to provide people alternatives to living on the street, so we can move people from the street to housing,” said Bonin.

On Wednesday May 4th, 2016 the Los Angeles Homeless Services Authority (LAHSA) released the results of the Greater Los Angeles Homeless Count that took place in January 2016. Results were as expected. Homelessness in the city and county of Los Angeles had risen again with nearly 47,000 people without a home, living in the streets and shelters.

In his latest budget announcement Mayor Eric Garcetti pledged around $72 million dollars to fight homelessness in the next fiscal year. However locals, like Betti, are sick of waiting and want action now.