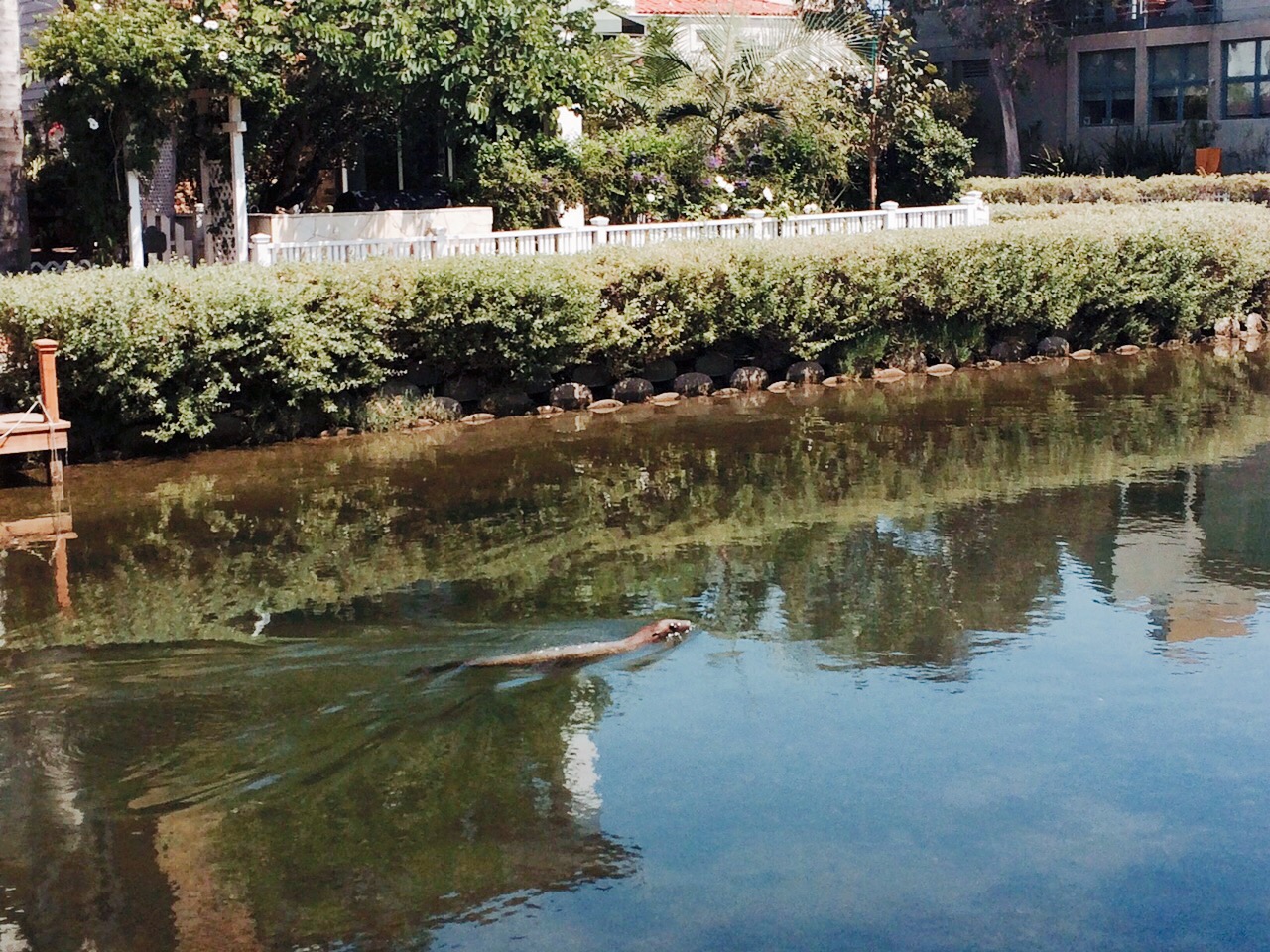 Marine Animal Rescue are attempting to catch a seal lion in the Venice Canals today.

The high tide making it easy for the animal to swim around. One young witness said the sea lion appeared to have a scrape on it’s back.

Over spring a record number of  sea lion pups  were found beached and starving after being abandoned by parents who were forced to travel further for food sources.

Read the previous Yo! Venice story on this here.