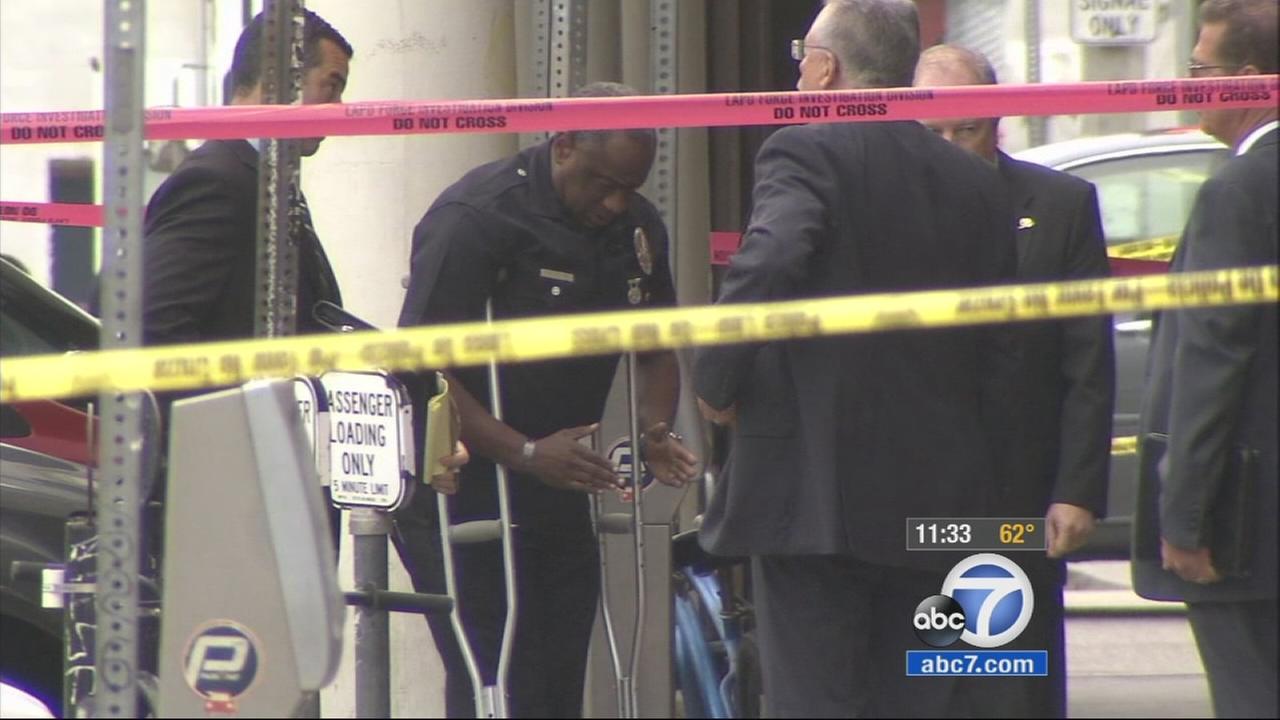 Venice Beach hotel owner Sris Sinnathamby was charged with murder today for his alleged role in the fatal shooting of a transient in the early hours of Sunday, Aug. 30.

Sinnathamby pleaded not guilty this afternoon at the Airport Branch of the Los Angeles County Superior Court. Bail was set at $1 million. He has been jailed since his arrest at 8 am Sunday.

Sinnathamby, who owns the Cadillac Hotel on Dudley Ave., was charged with one count of murder in the death of 26-year-old Jascent Warren, who was fatally shot by an unknown gunman who fled the scene, at about 2:10 am Sunday near Rose Ave. and Ocean Front Walk.

Sources close to Sinnathamby told Yo! Venice that Sinnathamby remained at the scene after the shooting, along with his ex-girlfriend, and a group of employees, and that he was soon turned upon by an angry mob.

Sources said he obtained serious injuries, including a broken eye-socket and has stitches across the entire top of his head.

Witnesses, made up of the group of men responsible for the violent attack on Sinnathamby, accused him of ordering the shooting, sources tell Yo! Venice.

So far the only witness statements that have been made public were taken from the men responsible for the attack on Sinnathamby, sources tell Yo! Venice.

It was allegedly these witnesses that told CBS2 that the hotel owner was with a gunman at the time of the shooting. Witnesses also told the station the unidentified gunman was operating under orders from the hotel owner.

Warren was among a large crowd of people in front of the Cadillac Hotel when a fight broke out over who was camping where, witnesses told reporters.

Sinnathamby is due back at the Airport Branch Courthouse in Los Angeles Oct. 14, when a date is scheduled to be set for a hearing to determine if there is enough evidence to require him to stand trial.

The charge has shocked a number of Venice residents who know Sinnathamby as caring and proactive member of the community.

Sinnathamby, 54, moved to Venice Beach 30 years ago from Australia. Originally living out of a local backpackers hostel, and without a cent to his name, Sinnathamby eventually built up a successful hospitality business in Venice.

Venice resident Robin Rudisill expressed the shock that has reverberated around the community.

“I really feel for him, he’s a long time resident and business owner and has been working so hard trying to make that area safer and more accessible to residents and visitors and now this happens,” Rudisill said. “On top of that, it sounds like they’re trying to point the finger at him.”

In a place where many developers are seen as being responsible for unwanted gentrification, Sinnathamby has managed to find a balance that works in Venice.

“As Venice Land Use and Planning Committee Chair, I have publicly praised Sris for his integrity and great work many times, regarding both his Cadillac Hotel and his new developments, such as the Dudley Market,” Rudisill said. “He is one of the few developers with a conscience.”

Just after sunrise on Sunday, Los Angeles police Sgt. Barry Montgomery told reporters “it appears now, at this time, that this incident was triggered by some sort of dispute among locals, which triggered this deadly attack.”

Deputy District Attorney John McKinney with the Major Crimes Division will be prosecuting the case.

If convicted, Sinnathamby faces up to life in state prison.

The case remains under investigation by the Los Angeles Police Department.

The shooter remains at large.

Anyone with information about the shooting was asked to call LAPD’s West Bureau Homicide office at 213.382.9470.