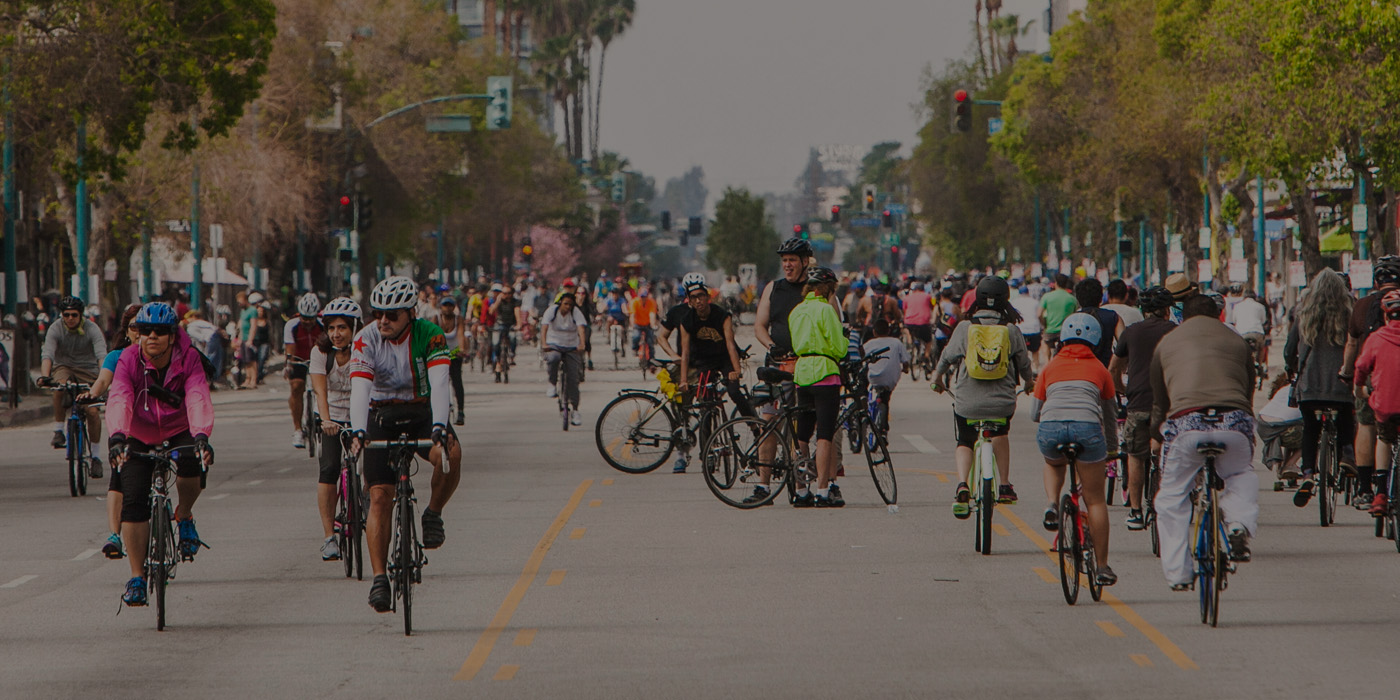 Bicyclists, pedestrians and others using non-motorized modes of transportation will replace car traffic along six miles of streets in Culver City and Venice Sunday for the 14th edition of CicLAvia.

Washington and Venice boulevards and other streets along the route — which is bookended by the Culver City Metro Expo Line Station and Venice Beach — will be closed to cars between 9 a.m. and 4 p.m.

CicLAvia first took to the streets of Los Angeles in 2010 to challenge the concept of Southern California as a car-only region. CicLAvia was launched to temporarily remove cars from streets for one day and open them to other forms of non-motorized transit – pedestrians, bicycles, skateboards, rollerblades, wheelchairs and more.

The immediate success inspired local leaders to look at the transportation landscape of Los Angeles in a completely different way. CicLAvia’s goal is to inspire all of us to reimagine Los Angeles and connect participants to neighborhoods, businesses, healthy lifestyles, alternative transportation and each other in a way that is not possible by car.

Since 2010, hundreds of thousands of people have freely participated as CicLAvia temporarily transformed nearly 100 miles of city streets into a large urban park and community oasis.