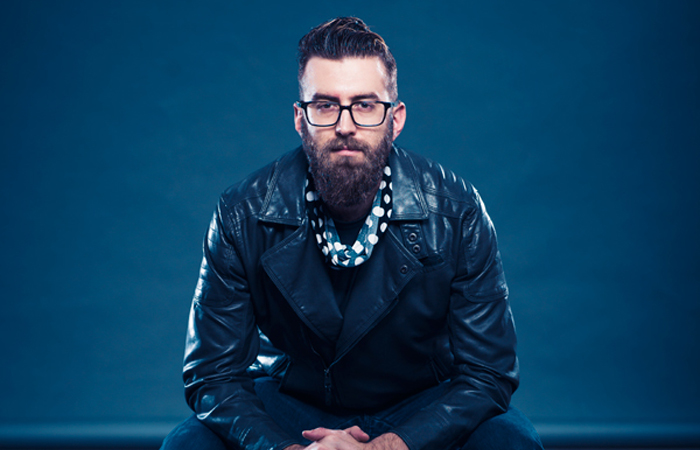 Eric Schwabel is one of Los Angeles’ most talented and dynamic photographers working today. His diverse portfolio ranges from experimental photography, landscapes, fashion, and portrait work. Schwabel is also a resident of Venice and proud contributor to the Venice ArtBlock.

Yo! Venice spoke to him about his work.

Tell me about yourself.

I grew up in Minnesota, in the middle of nowhere in a town called Lake Elmo, like the doll. There was a good photography program at my high school and I just kind of fell into it there because I really got along with the teacher. Then I started working at, I guess it’s Macy’s now but back then it was Dayton-Hudson’s, did all their advertising. It was Target, one of their brands. I interned there in high school and worked on all their advertising out of Minnesota, then I went to Rochester Institute of Technology in New York, and then I did a little time in Paris for fashion photography, and I decided to land in Los Angeles at age 23. I moved to Venice in 2004 and have been here ever since! I’ve had this studio here for about 10 years.

I talked to Erik Thorkildson recently and he mentioned that you have a lot of artists who work in your studio?

My place is the big corrugated metal and cinder block building on 4th and Vernon, and there are nine studios in there. I have a studio to myself and there’s another photographer across from me, and then there are lots of painters and sculptors and metalworkers. It’s not like a collective; we’re all independent, but we all come together for Art Block and stuff like that.

How did you get involved with ArtBlock?

I was asked to join at the first meeting when I walked by the door and heard them all complaining about ArtWalk. That’s what I didn’t want to be a part of, I wanted to do our own thing and not focus on being mad at ArtWalk. I joined up later on, and became friends with people and was asked to be on the steering committee, and we came together and decided to make something about us and not just about the event. I kind of just fell into it; there were things they needed that I could do like I made the ArtBlock map and stuff like that. It just worked out, I did a project with Amy Kaps, who’s a performance artist, and we won a photo contest, so that’s been really good for me. I don’t engage with the Venice arts community that much, I like to do my own thing, but I’ve enjoyed the collaborative element there.

Is there anything specific about living and working in Venice that inspires you or your work?

It inspires my life. Like I said I moved here from Minnesota and then from upstate New York. There’s such an energy here, and even though Venice is changing rapidly the energy is still there. There’s more creativity here than any city I’ve ever lived in. There’s an interesting diversity here that I like, and this is a very “L.A.” term but it’s the energy. We’re dealing with things that we probably should have discussed as a community years ago, but even that has been unique and interesting. Me liking it here affects my work in a positive way.

Do you have a favorite piece or series?

It changes week by week, usually what I did last. I really like the series I did with Amy Kaps, the striped room work, and I think I’m most attached to that because I’ve followed her work for a long time.

I have a show of my celebrity work coming up in the fall, some more collaborative stuff, and of course more ArtBlock. For more information check out my website www.schwabelstudio.com.