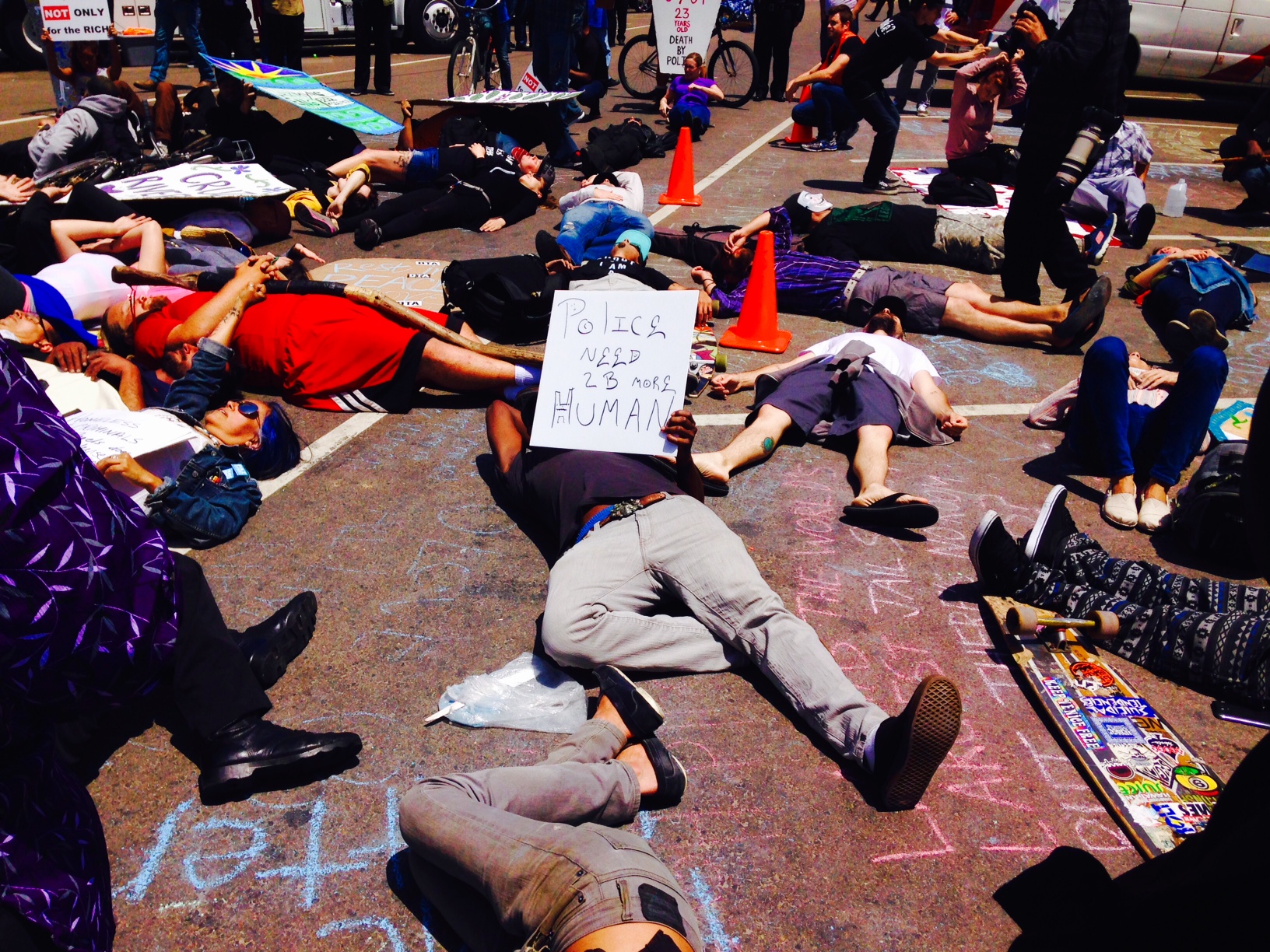 Brendon Glenn, affectionately known amongst his peers as Dizzle, had only been in Venice 2 months but many have joined forces to mourn his passing.

At around 11:30pm on Tuesday 5th, May police respond to a 911 call regarding a man disturbing the peace. A scuffle broke out between Glenn and the police resulting in one officer firing two shots at Glenn.  Glenn later died in hospital.

Los Angeles Police Chief Charlie Beck said Los Angeles Police Department investigators had not yet interviewed the officer who opened fire on the suspect because he was still on medication after being treated for a knee injury suffered in the altercation.

“I don’t know what was in the officer’s mind,” Beck said. “We expect to know more tomorrow (Thursday). At this point, it appears that it was a physical altercation.”

Glenn, who came from New York City and struggled with drugs and alcohol had the day before his death, sought shelter and assistance at The Teen Project’s Venice P.A.D. homeless center, according to the center’s Timothy Pardue.

Tonight the P.A.D. will hold a candlelight vigil in his honor from 7pm outside the Townhouse at 52 Windward Ave, Venice.