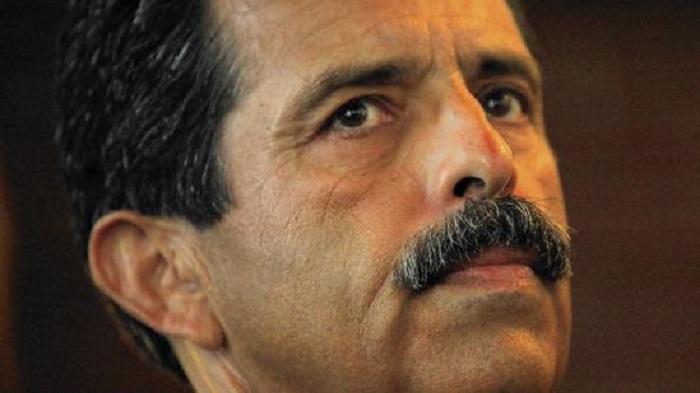 The council voted 14-0 to approve the appointment of the 31-year LAFD veteran, who was nominated by Mayor Eric Garcetti last month after a months-long nationwide search for a person to lead a department with more than 3,200 sworn personnel and nearly 300 civilian employees.

Terrazas, 54, will oversee a plan to revamp the way the department is managed; the development of FIRESTAT, which will use data to look at trends in emergency calls and determine how to deploy firefighters and reduce response times; and a new recruitment process being created in conjunction with Rand Corp.

Terrazas, the department’s first Latino chief, said earlier he wants to work to overhaul the department and restore its reputation, saying the agency will be “technologically driven.”

“The challenges are significant, I understand that,” Terrazas said,
adding that he plans to be with the department for the “long haul.”

Terrazas established the department’s Professional Standards Division, and the mayor said he was instrumental in securing the passage of Proposition F, a $532 million bond to finance the construction of 19 fire stations.

Cummings, whose tenure was marred by questions about the department’s response times, had been with the department since February 1980 and was appointed chief in September 2011 by former Mayor Antonio Villaraigosa.

James Featherstone, the general manager of the Emergency Management Department at the time, was named Cummings’ temporary replacement, and he was vying for the full-time LAFD post.

Garcetti thanked Featherstone for his service, saying he stepped up when called upon. The mayor said he was now passing the baton to someone who can finish the improvements Featherstone started, with an emphasis on improving response times and diversity among the ranks.

Featherstone will return to the Emergency Management Department.

Frank Lima, president of United Firefighters of Los Angeles City, the union representing LAFD firefighters, noted that the union has sometimes disagreed with Terrazas on major policy issues. But he added, “We trust that he will now realize the critical importance of working hand-in-hand with our rank-and-file firefighters, paramedics, dispatchers and inspectors in the field in order for our department to rebuild and for him to be a successful fire chief.”

Lima said the that over the past five years, the LAFD “has been
decimated, having lost nearly 600 firefighters and paramedics to retirement and attrition while only recently hiring our first new class of 58 firefighters.”

He said it will be imperative for Terrazas to stand up and fight for
rank-and-file LAFD members.

“If he does, he will be successful and we will stand with him every
step of the way,” Lima said.