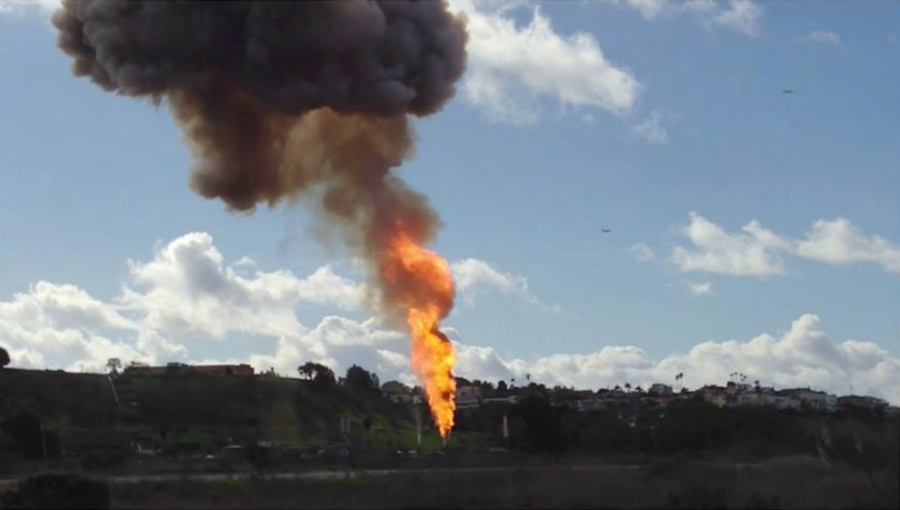 Councilmember Mike Bonin called for an investigation this week into a gas storage facility operated by Southern California Gas Company (SoCalGas) – the same company responsible for the catastrophic Aliso Canyon gas blowout in Porter Ranch in 2015.

In legislation submitted to Los Angeles City Council, Bonin formally requested an investigation into whether SoCalGas was complying with the rules and regulations intended to keep people safe.

“The investigation should include a thorough site review for all equipment and wells onsite, including a full site review of conditions to verify the site’s city permits; adherence to approved zoning and use conditions; remediation of subsidence and erosion issues; compliance with the new state gas storage rules; and, compliance with any and all facility and operational requirements of the California Coastal Commission, the California Public Utility Commission (CPUC), the South Coast Air Quality Management District (AQMD), and the California Department of Oil, Gas and Geothermal Resources (CA DOGGR),” reads Bonin’s motion.

The Playa del Rey oil field was converted to a gas storage field by the SoCalGas in 1955. Although primarily used for gas storage, SoCalGas continues to produce oil and gas from the oil field. These areas require careful scrutiny to ensure public health and safety are protected, primarily because of the poisonous and combustible methane gas associated with petroleum deposits and gas storage facilities, as well as the toxic chemicals used for regular maintenance and operations.

Since 1955, the surrounding character of the community has changed drastically. A  low-density neighborhood developed along the perimeter of the site. In addition, the facility is adjacent to the Ballona Wetlands coastal resource area, which historically has been threatened by the impacts of encroaching development. Further, since 1955, the nearby Los Angeles Airport (LAX) has grown from a smaller local airport into a world-class facility, and now serves a hub for regional, national, and international flights at every hour of the day.

“Neighbors from Playa del Rey, Del Rey, Playa Vista, Marina Del Rey, Venice and Westchester have expressed concerns to the city about odors, oily mist, oil field rigs and equipment left idle at sites for long periods of time, lack of information on operations, possibly unpermitted well maintenance activities, and hillside soil erosion. Moreover, recent activity at the site, including the installation of tall, unsightly rigs for the maintenance and testing of wells and the long-overdue remediation of slope erosion, have raised questions about the site’s adherence to zoning regulations and the suitability of this use in the community,” Bonin said.

According to SoCalGas, over the past 18 months many safety enhancements have been implemented at the Playa del Rey storage facility. These include a remote pressure monitoring system for all wells and daily patrols to inspect for leaks. In addition, SoCalGas says the majority of the storage wells are now configured so that natural gas only flows through newly-installed steel inner tubing, allowing the outer casing to act as a second barrier of protection against potential leaks.

“SoCalGas has taken steps to ensure that PDR meets and exceeds the rigorous standards set by state regulators. All wells at Playa del Rey are undergoing the same comprehensive battery of tests conducted at Aliso Canyon, which state energy experts have called the most comprehensive tests in the country,” the company said.