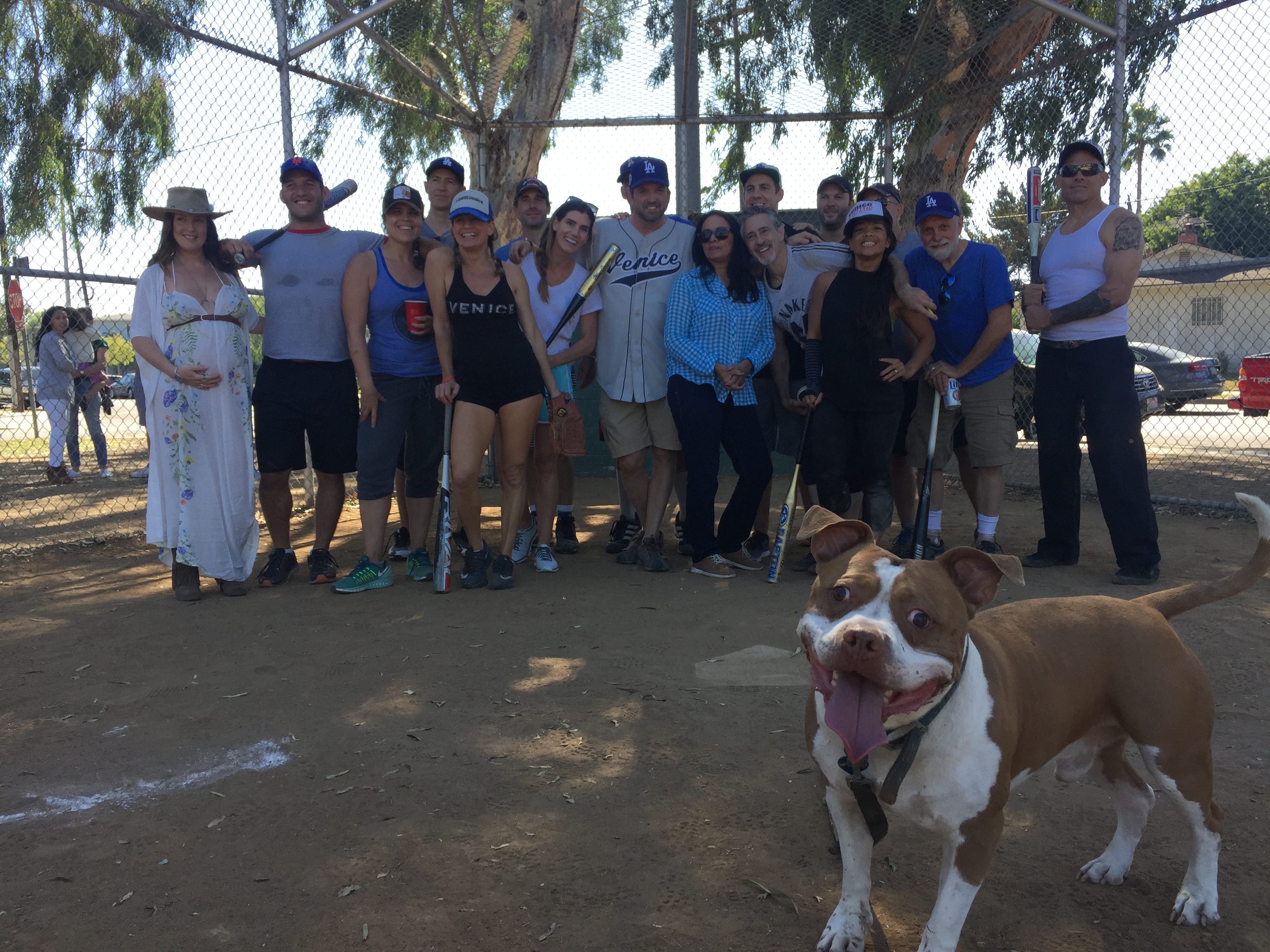 Bats were swinging and balls a flying at Penmar Park on October 21st, for the first-ever Venice Charity Softball. Pitting Board Members of the Venice Chamber of Commerce against their friends and colleagues from the Board of the Venice Neighborhood Council the game raised money for the continuing homeless ministry of Pastor Regina Weller.

The action-packed game saw Venice Chamber of Commerce President, George Francisco and Will Hawkins, VNC Homeless Committee Chairman, collide at the plate, leaving Hawkins with a scraped knee. However, his injuries were not a patch on the battering VNC President Emeritus Mike Newhouse took diving for a ball.

A tight game to the end, Francisco scored the game-winning walk-off home run to seal victory for the Chamber. The final score Venice Chamber of Commerce 12. Venice Neighborhood Council 11.

Through Anython, neighbors made either a single donation or picked a favorite player and pledged an amount for every run that player scored.

Weller and her husband, Reverend Steven Weller, worked together as chaplains and co-founders of the Los Angeles Police Department’s Homeless Taskforce. For over twenty years they helped people off the Venice streets. “Regina is the single most effective advocate for rehousing individuals living on the streets of Venice,” said Francisco.

On September 9th, Reverend Weller lost his battle to cancer leaving Pastor Weller to continue their work alone. “Not only does she help those in need by putting them into housing, but she creates a healthier and safe home for all of us here,” said Francisco.

Pastor Weller told Yo! Venice “It’s fall weather and it’s ball weather!” Touched the two Venice organizations decided to get together to raise money for the Homeless Taskforce, Weller said of the work she does, “Everybody deserves a break, a new start, a new beginning. Always.”

You can pledge through anython.com until Monday, October, 30.