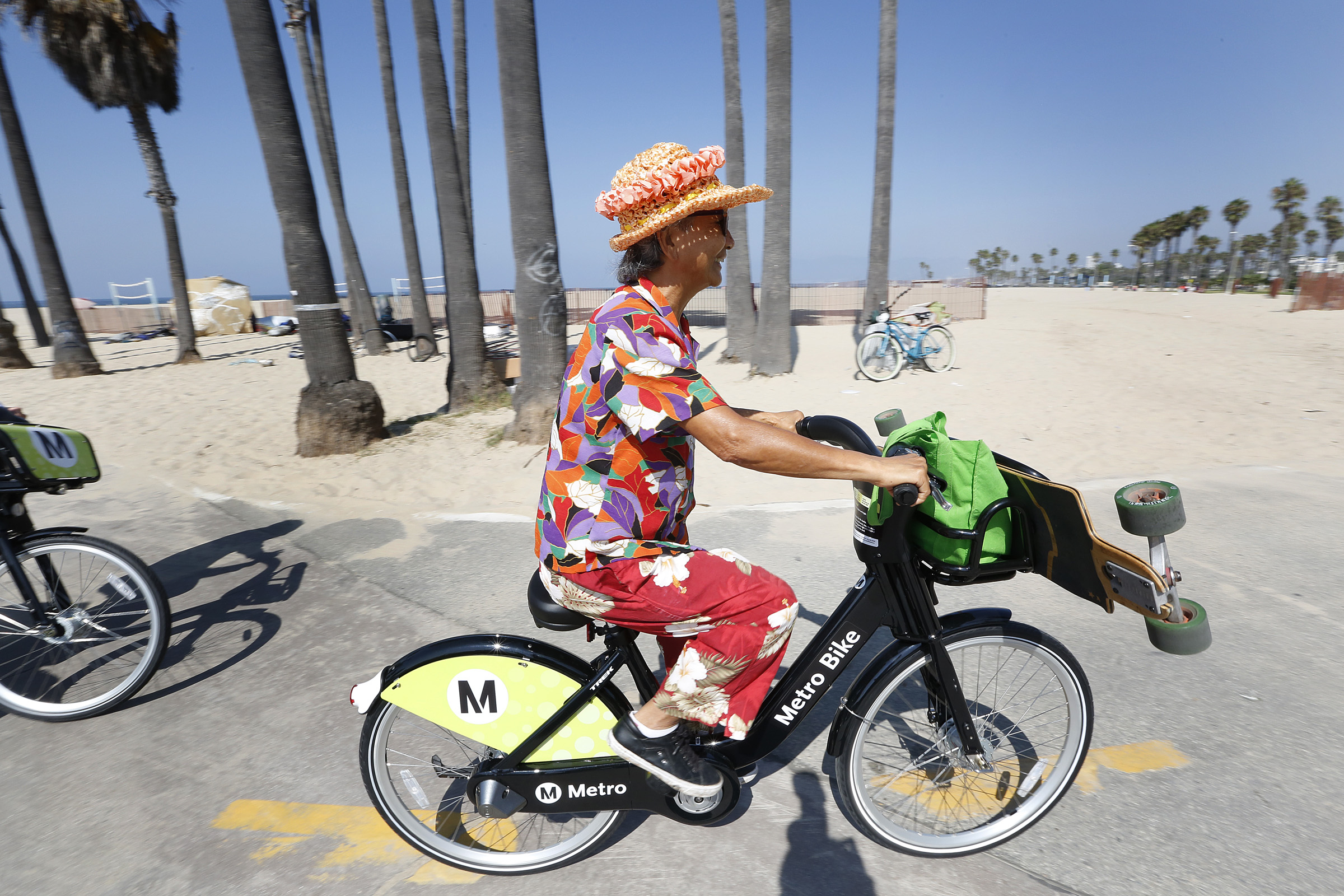 Finally! Venice gets bike share but will it cut into the local economy?

When Metro launched the Expo Line, the idea of heading to Pasadena for a day, or whizzing past peak hour traffic to enjoy dinner in Downtown LA seemed like an easy option. But, in reality, Venice locals still had to fight traffic in a car or bus to get to the train in the first place.

Not so easy after all.

However, dinner Downtown may be on the cards, with the arrival of Metro’s new neighborhood bike share.

Metro Communications Manager Dave Sotero told Yo! Venice the new bike share offers what Metro calls a “first mile, last mile solution,” addressing the issue of getting to, or from, Metro transit lines.

The program is already on a roll in Pasadena, the Port of Los Angeles, and Downtown Los Angeles. Adding bikes to the Venice neighborhood means locals can ride to Santa Monica, leave their Metro Bike, jump on a train, and pick up another Metro bike at the other end. This opens up the possibility of a car-free adventure around Los Angeles. “You see things differently from a bike than in a car,” said Sotero.

As for people traveling to the Westside via Metro, Sotero said the new bike share is an “added amenity that makes it easier for people coming to the beach.”

Each bicycle station has a touchscreen kiosk, a map of the bike share system, and of course, bikes. System-wide, there are almost twice as many dock points for bike parking as there are Metro bikes, this means you should always be able to find a spot to leave your bike.

Metro has installed “enough new stations to complement the Breeze Bike share program and fill in the area of Venice for those who live, work, and play in Venice,” said Sotero.

Bicycle station locations were selected based on proximity to community resources. County run Metro worked closely with the City of Los Angeles to strategically place bike share stations at key destinations in the Venice area. One spot in particular, near the Bank of America branch on Windward Avenue in Venice, is cause for concern for one longtime local businessman.

Javier Cernas told Yo! Venice it’s too early for him to have solid numbers. However, 20 years of running J’s Rentals on the Venice Boardwalk has given him a good understanding of the market, and he imagines once word spreads, the flood of new Metro bikes “will have an impact. Absolutely,” adding extra competition to existing bike rental businesses in Venice. “I feel a bit of frustration, and I feel that the city doesn’t care about small business,” said Cernas.

Cernas said Metro placing the new stations “a couple of miles away from existing businesses would have been more respectful.”

Sotero told Yo! Venice he hasn’t yet heard from any local bicycle rental business owners in Venice. Introducing Metro Bikes into the market was about giving Westsiders more mobility choices.

Price-wise Metro Bike Share offers discounts to regular users, and Venice riders get a free month when you purchase a monthly pass. The link is bikeshare.metro.net. The promo code RIDEVENICE2017.

However, if you’re coming to Venice for a day and want to keep a bike with you the entire time, it makes more sense to pick up a cruiser from someone like Cernas, even if you are catching the train and using a Metro Bike to get to the beach. A cruiser from J’s Rentals is $20 for a full day. Without a monthly pass, at $3.50 an hour, your Metro Bike is not worth keeping after 5 hours.

Metro is continuing to study the feasibility of expanding the bike share program to more than 20 other parts of the county. Including, Hollywood and North Hollywood, Koreatown, Culver City, and Palms.