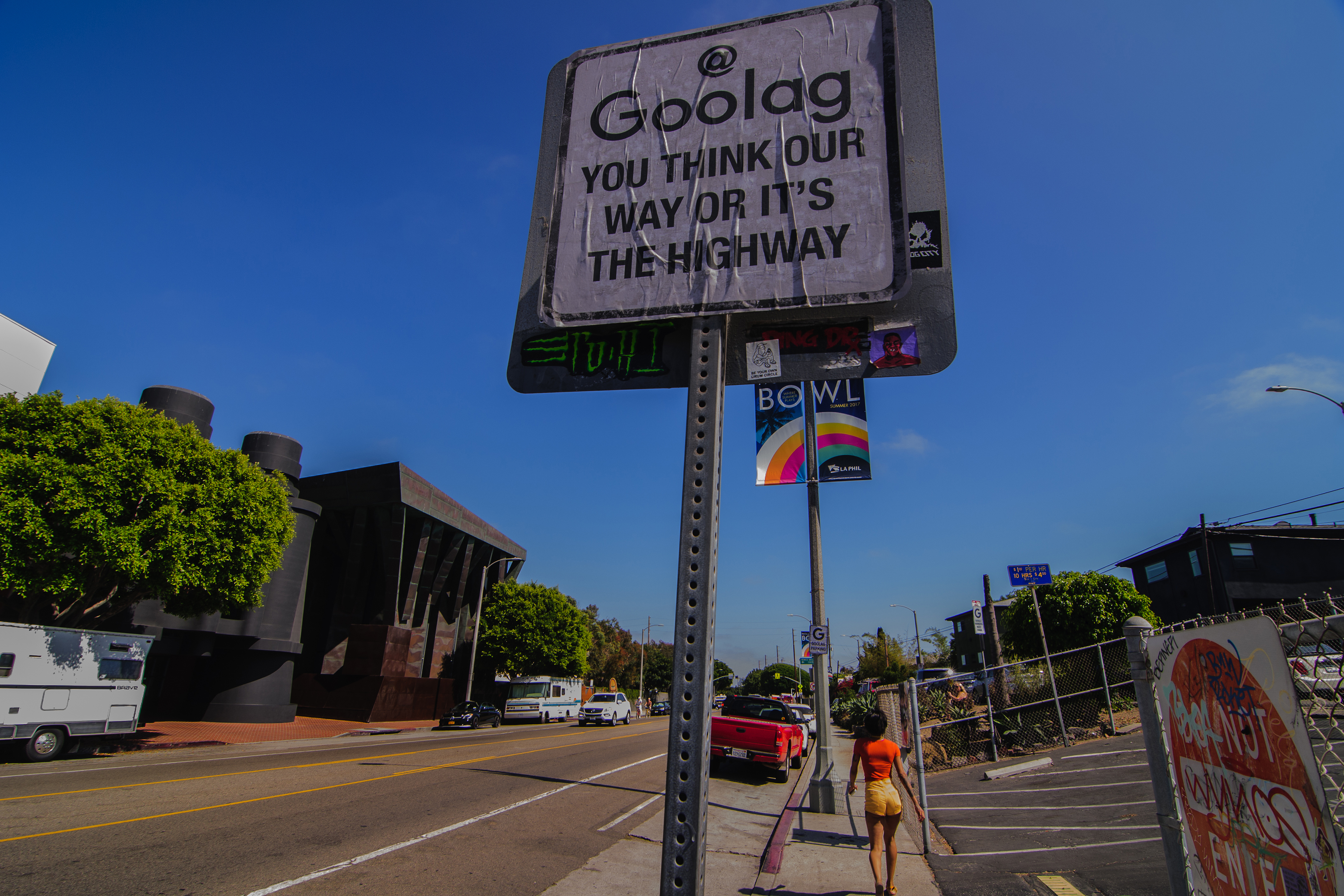 An anti-Google campaign has popped up in Venice, and it’s not the work of the neighborhood’s usual anti-gentrification crew.

The ads appear to be linked to Google’s firing of engineer James Damore.  Sacked for writing a controversial, 10-page memo about the company’s diversity policies, Damore has been tweeting under the handle @firedfortruth.

On August 11th, in an essay for The Wall Street Journal Damore wrote, “How did Google, the company that hires the smartest people in the world, become so ideologically driven and intolerant of scientific debate and reasoned argument?”

According to Damore the document he wrote and circulated was a comment on how cultural taboos cloud thinking around gender diversity at Google and in the wider tech sector. In The Wall Street Journal piece, Damore wrote,  “I suggested that at least some of the male-female disparity in tech could be attributed to biological differences.”

Damore has since found an upswell of support amongst alt-right interest groups who Business Insider said equate his firing to the suppression of free speech.

Damore has filed a complaint with the US Labor Relations Board.