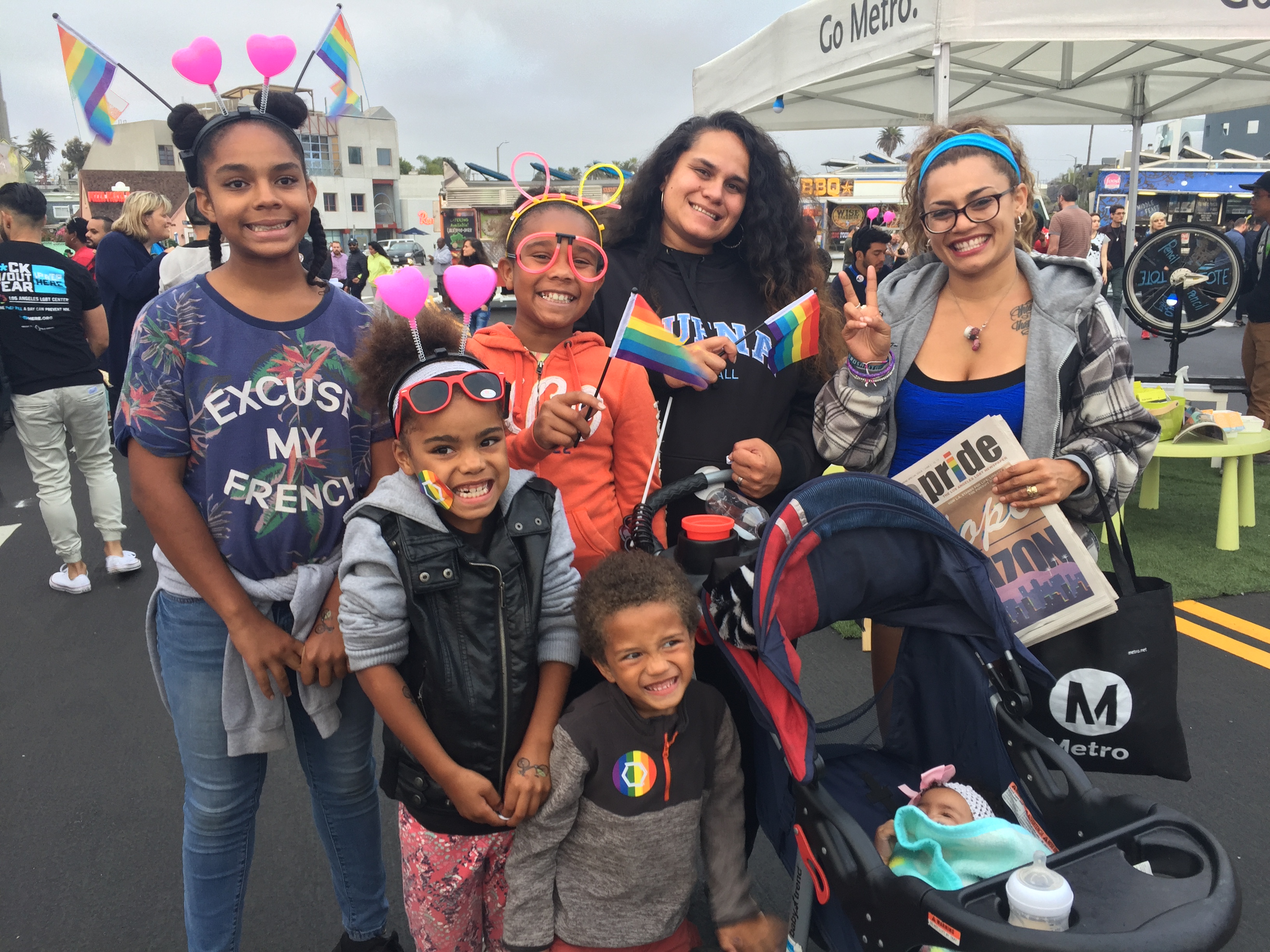 Sisters Victoria and Stephanie Vaivao teaching their kids about equality.

The Vaivao family made the trek from Ventura to join the fun. Victoria Vaivao said the event was an opportunity “to teach our kids about equality and to love everybody,”  Vaivao is studying human rights law and said she believes the Pride movement is vital.

Viavao’s sister Stephanie told Yo! Venice “My niece was asking about transgender this morning, so this was perfect. We’re out here to educate the children because they are our future.”

The Los Angeles Rams became the first National Football League (NFL) team in history to sponsor a Pride festival, and following the Rams sponsorship deal, the San Diego Chargers stepped up to add their support.

“Inclusion has always been a valued part of our organization, and we see this as a unique way to publicly celebrate the diversity that makes this community so special,” said Rams Vice President of Community Affairs, Molly Higgins.

Venice Pride board member James Aldous told Yo! Venice the team’s sponsorship was an opportunity to reach a wider audience. One that might not typically think about reading and understanding more about diversity and inclusion.

“I think it is incredibly meaningful for sport in general that you have these two incredible NFL teams that have made a really bold statement and said that equality and diversity matters and they are willing to behind it and support an event like Venice Pride,” Aldous said.

Of the weekend, Venice Pride Board President Grant Turck told Yo! Venice, “I don’t think anyone could be happier.” The crowd was close to double that of last year, and Turck confirmed that next year the plan is to host a Venice Pride Parade on the Boardwalk.