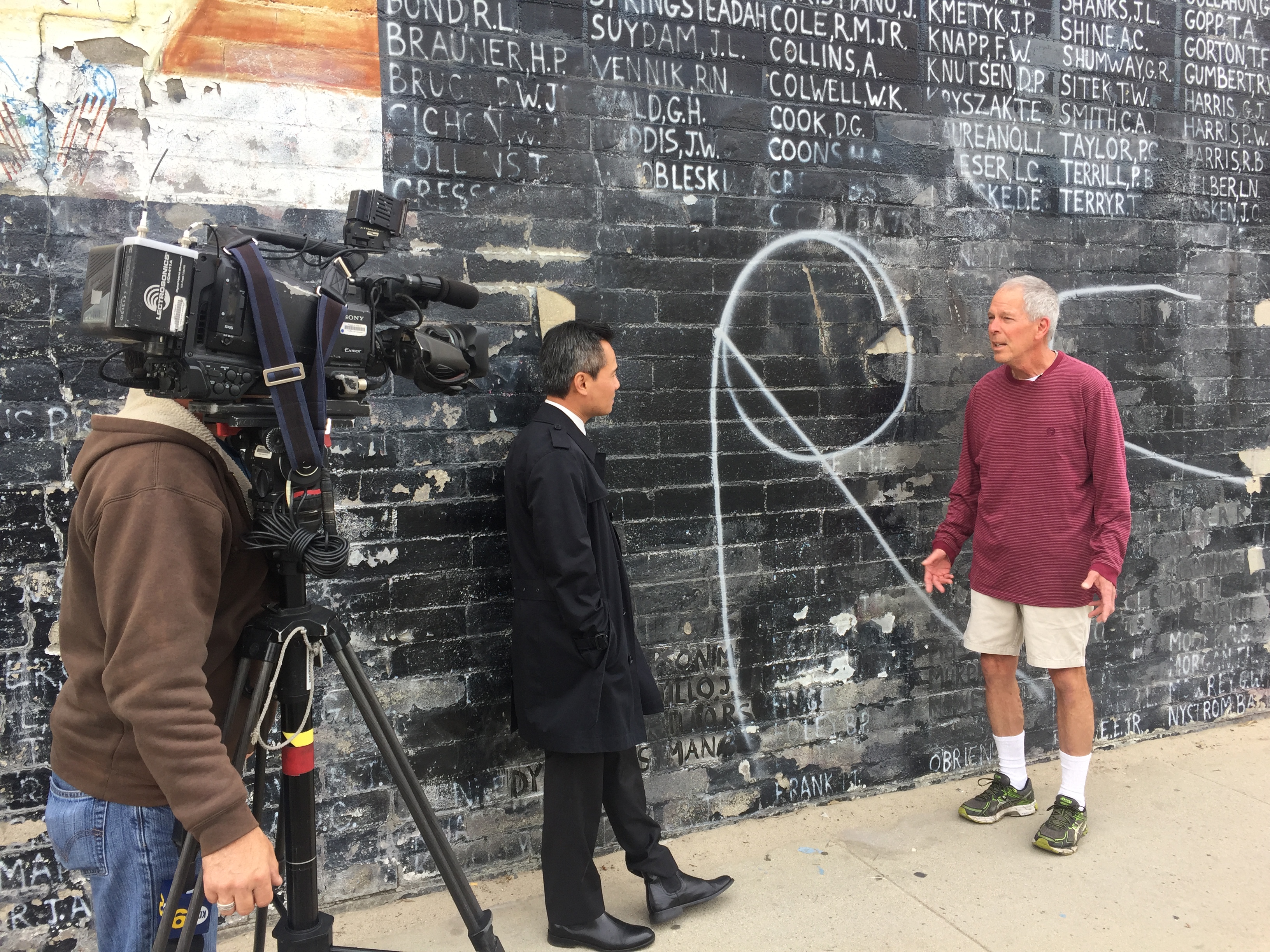 B.J. Lawrence, national junior vice commander-in-chief of the Veterans of Foreign Wars of the U.S. (VFW), and several VFW members from local Posts joined the Venice Chamber of Commerce (VCC) and the Social and Public Art Resource Center (SPARC) at a special ceremony on Wednesday April 5, to commence the restoration project of the POW/MIA Vietnam Veterans Memorial in Venice, and speak out against memorial desecration.

The Venice memorial was recently vandalized for the second time in the past year, and restoration efforts will be extensive given the over 2,273 names which appear on the memorial. Venice Chamber of Commerce led the fundraising efforts to make this restoration possible.

The restoration project’s kick-off ceremony began at 11:15 a.m. (PDT) at the POW/MIA Vietnam Veterans Memorial in Venice at 614 Pacific Ave., in Venice. Lawrence lay a wreath at the memorial as part of the event.

“I’m just mad again. It’s so sad that people do this. There’s just no respect for what this is.  I’m just mad and sad,” Oscars told CBS 2 reporter Jeff Nguyen.

In the lead up to Memorial Day last year, Oscars reached out to Yo! Venice after noticing taggers had vandalized the mural. One person has been sentenced to prison for his part.

After last year’s tagging, hundreds of well-meaning volunteers turned up to help scrub the original graffiti off the memorial. However, in the process, they removed many of the names of those who went missing in action during the Vietnam War.

Retrieving the lost names “was a great investigative piece of our work.  We went to the estate of the now passed artist and we found his original materials.  Now we have the list, and we’ll be able to recover it exactly as he made it,” said SPARC Founder Judy  Baca.

One phase of the mural’s restoration will include painting on a transparent layer of a substance, developed by SPARC, called Mural Sheild. The coating will protect the mural and any future graffiti can be simply washed away with a “very light water spray.  And the graffiti will not attach to the mural shield that we’ve put on it,” said Baca.

The Venice Chamber of Commerce and Councilmember Mike Bonin helped raised $30,000 to cover the majority of the cost of the restoration. However, $8,000 more is needed for a complete restoration, including work to digitize the whole piece so if it ever destroyed, it can be recovered in total.   And to do a final treatment of the shield.