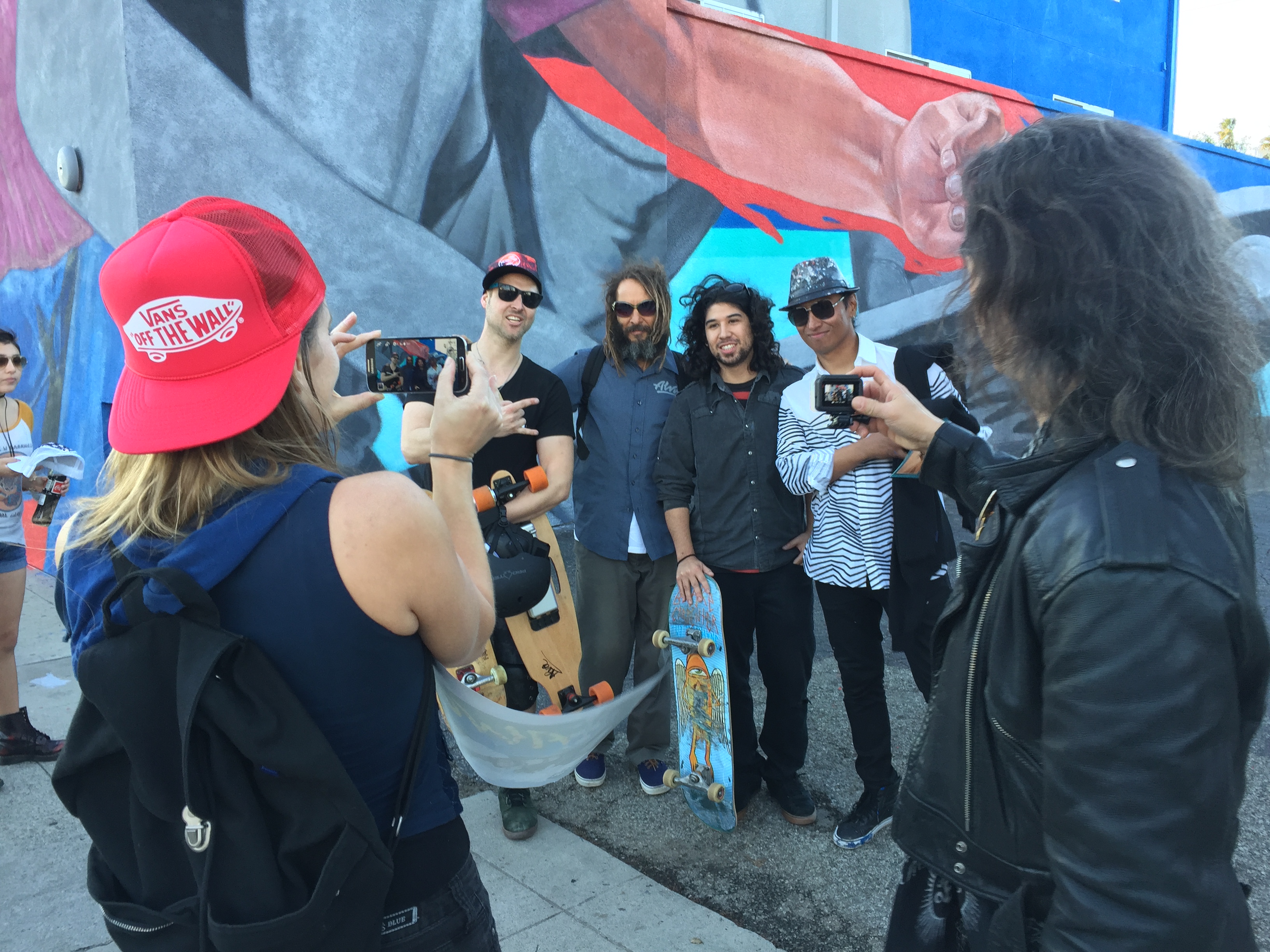 The first thing you need to know about Robert Vargas’ Venice mural, “Warrior Odyssey,” is that you can’t just look at it from any old angle. Well, you can, but a couple of boggling eyes that the artist has painted on the street out the front of Marina Liquor mark the best vantage point.

Local Dogtown legend, Z-Boy, Tony Alva is featured in the enormous work of art that adorns the entire east-side of The Kinney Hotel at 737 W Washington Blvd.

There was never any doubt in Vargas’ mind that he would paint anyone other than Alva.

“I knew that I wanted to not only do a mural of Tony but also to do something that spoke not only of his life but also resonated with the community,” said Vargas.

The mural features Alva skating in the bowl of an empty pool. The image is 40-years, lifted from a photograph taken by Wynn Miller in Mar Vista. Vargas wanted to merge past and present and has also included a current portrait of Alva.

Vargas has spent the past few weeks painting the three-story work-of-art (with no help from the rain). Many of Vargas’ fans joined Alva’s fans to watch the big reveal on Saturday, January 14th at The Kinney.  After which, the celebration continued with a special live performance by Alva’s band, “His Eyes Have Fangs.”

Dee Dee Hopkins has lived in Venice for 20 years. A fan of Alva, she said the mural makes her feel a little bit old. “I’ve been skating since I was 17 and he (Alva) has always been an idol of mine.”

Hopkin’s, who is also a skater, said the mural is beautiful. “It’s a really good piece of skateboarding and graffiti culture. It’s exactly what Venice needs right now. It’s wonderful.”

“I could go on infinitely about the artistic creation that goes on in this city of Venice, but then again, it goes all the way up into, even Chumash Indian’s from Malibu making pottery and being into jewelry. I mean, it’s a much deeper thing than we could ever know but the bottom line is there’s a vibration and if you tap into that vibration you get back what you put into it,” said Alva.

“Warrior Odyssey” is the first of three murals Vargas will have on display at the hotel.