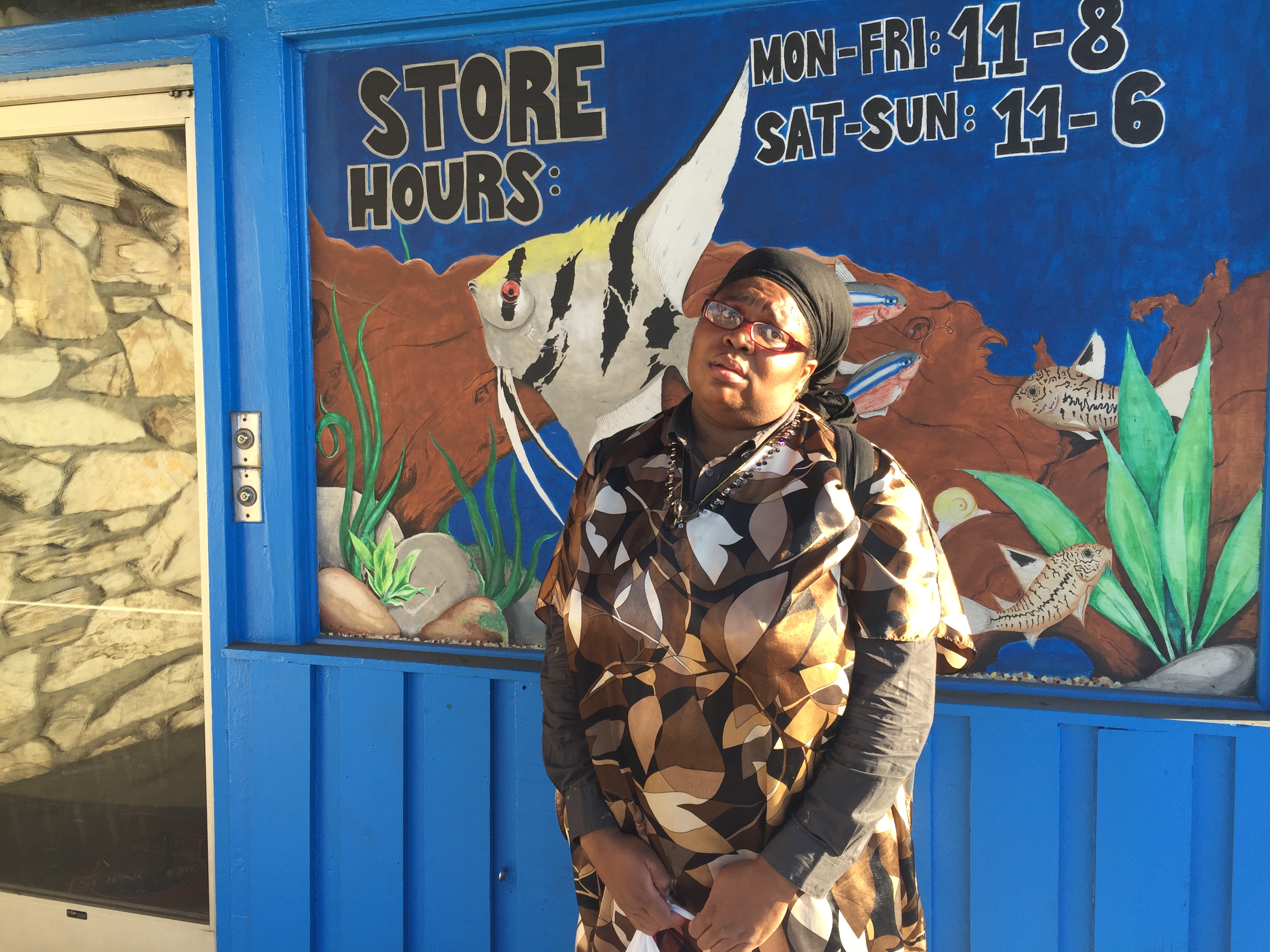 Long-time customer at Allan’s Aquarium, Naomi Hasan, is sad to see the old store close but says she’ll follow the business to their new location.

After more than half a century in Venice, Allan’s Aquarium, at 845 Lincoln Boulevard., moved out of the neighborhood. While the real estate deal went through in just weeks, the decision to sell was one Allan and his wife Marina labored over for years and Allan’s ailing heath was the final, deciding factor.

The word was, director Jon Favreau paid $5.25 million for the property. If you pass by today, you can see he made true to his promise of keeping the building as is on the outside. “The neon signs are grandfathered in. As long as the building remains the signs can stay but otherwise you can’t have neon in Venice anymore,” Marina told Yo! Venice. “It’s comforting knowing that the building will remain and comforting knowing the name will continue.”

Allan and Marina gave the business to their employees, helping them transition to a new location at12003 Pico Boulevard in Los Angeles.

Venice lost another OG in July. Café 50’s at 838 Lincoln Blvd was forced to temporarily close until further notice after a fire burned part of the kitchen late Monday night on June 27th.

An electrical fault seemed the likely cause of the fire which started 40 minutes after workers closed up shop for the evening. A café employee told Yo! Venice, one of the business owners, cried as he watched the fire department fight the fire.

The restaurant has not yet re-opened. 2017 will likely reveal Café 50’s fate.

It was a take over at the Venice Beach Skatepark. Adaptive athletes dropped in at the 2016 Life Rolls On event, proving there is no such thing as limited ability.

And, the Venice Neighborhood Council voted for forming a committee to review the possibility of cityhood for Venice. Voting 15-2-2, the decision opened up exploration into the idea of Venice detaching from the City of Los Angeles.

Read what happened in August here.

Life rolls on with no limits at Venice Skate Park. Photo by: Steve Christensen Photo.