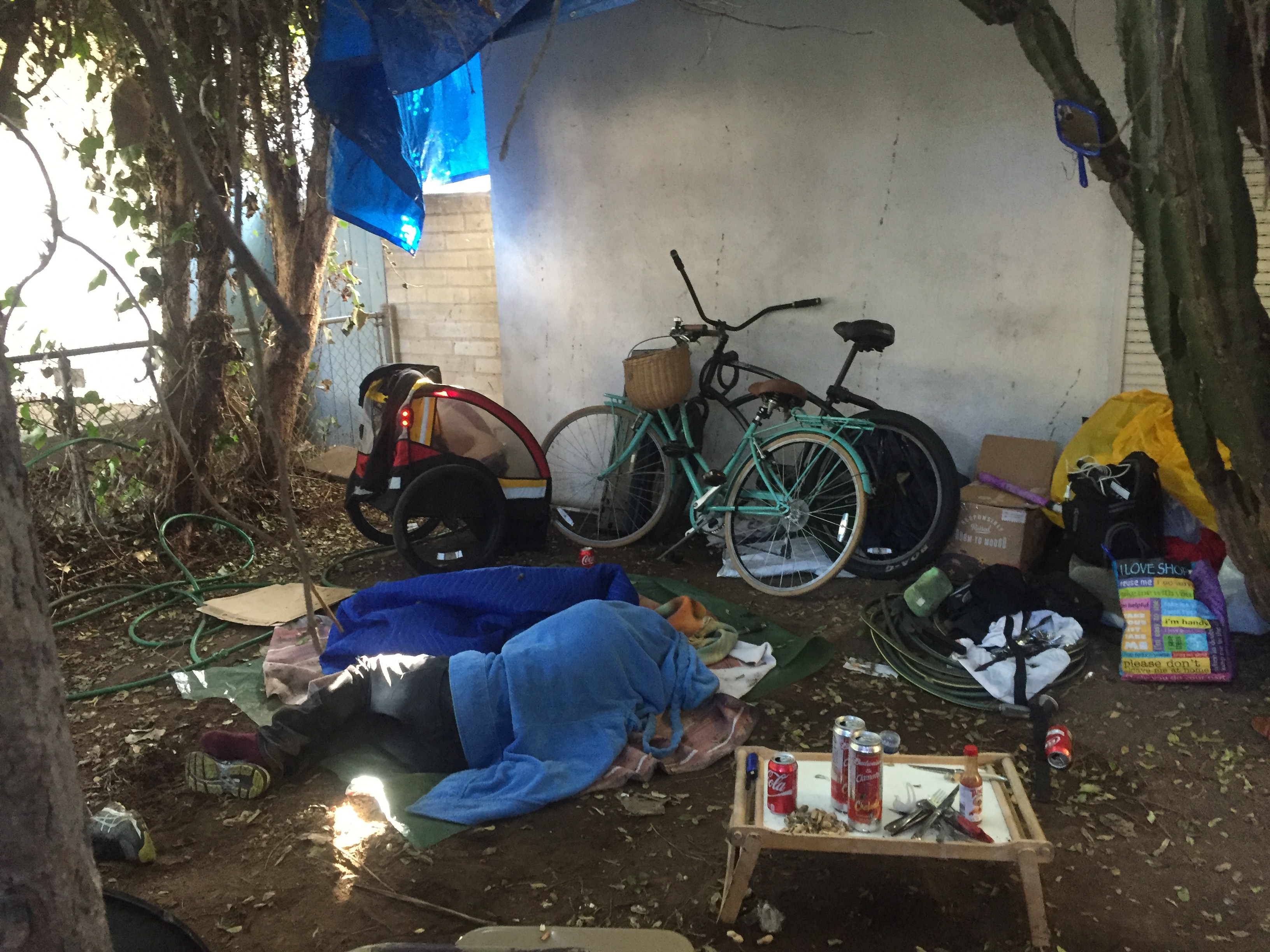 More neighbors are coming forward following Tuesday’s Yo! Venice report on a so called homeless encampment at a house on Nowita Place. New pictures show two men sleeping underneath blue blankets on the dirt in the front yard, surrounded by bicycles.

This has been a source of contention for neighbors who say they don’t feel safe. They say they’ve seen homeless men relieving themselves on the walk street that is about 6ft wide.

On Tuesday, mother of 3, Michael Betti told Yo! Venice that the man who owned the house is in his 90’s and asked the homeless men to help him clean the ivy in his yard in exchange for a camping spot.

Another neighbor told Yo! Venice Homeless Services have started an investigation saying, “they think something might be wrong with old man and they’re taking advantage.”

However Betti said the man says he wants the homeless to stay.

By Melanie Camp May 12, 2016
Tags: featured in Opinion
Related Posts