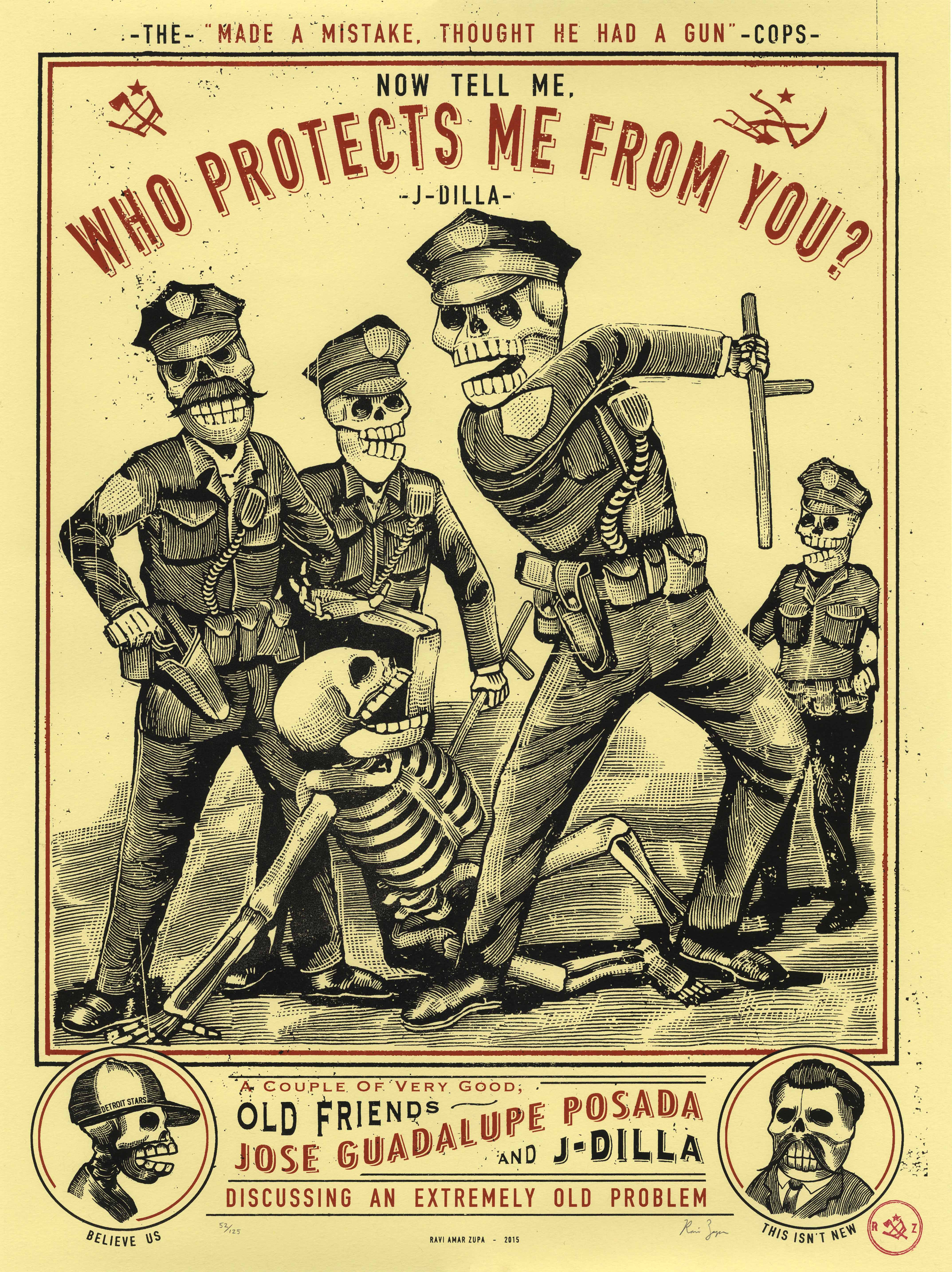 On March 3, 1991, motorist Rodney King’s savage beating by the Los Angeles Police Department  was captured by resident George Holliday.  The public release of the footage and its international reach could arguably make the 11-minute clip the world’s first viral video.

The acquittal of all four officers the following spring was the match that ignited the Los Angeles uprisings of April, 1992.  “These seminal moments in L.A. history are a necessary reference point for today’s reinvigorated civil rights movement against racially motivated violence in law enforcement,” say organizers of the next exhibit at SPARC in Venice.

Tonight, the opening reception for VIRAL: 25 Years from Rodney King will be held in SPARC’s Durón Gallery at 685 Venice Blvd., in the Old Venice Police Station next to Beyond Baroque. Doors open at 5pm the event runs until 8pm.

Artist Daryl Elaine Wells, founder of the Art Responders social media community, has partnered with SPARC to present an interactive, immersive timeline of cases, causes, insights, and developments within the past twenty-five years, since the Rodney King incident.