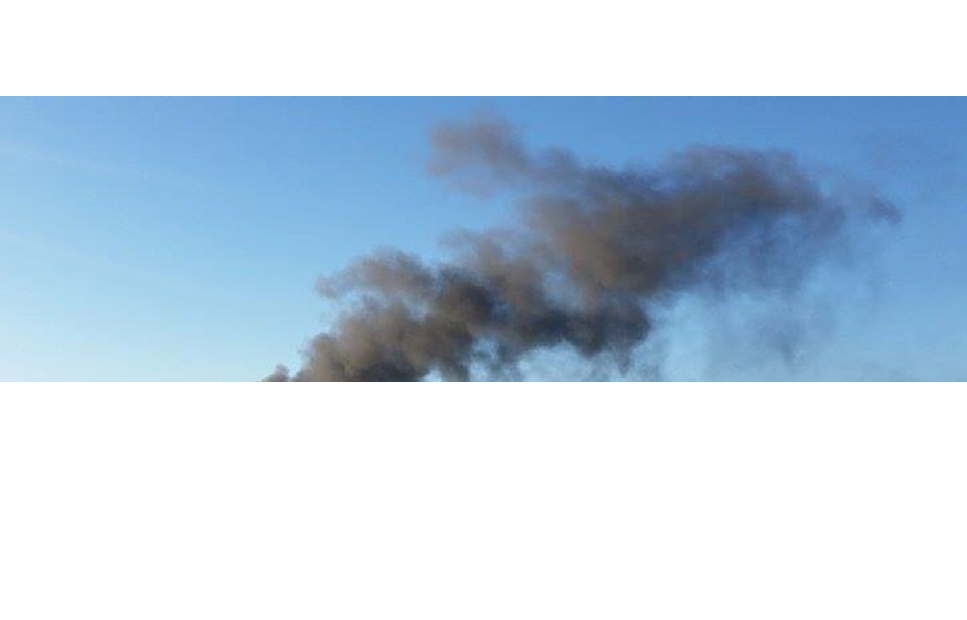 Culver City and Los Angeles firefighters raced towards a billowing plume of smoke between Marina del Rey and Culver City today. The source, a burning mobile home that had caught fire in the backyard of a house on Utopia Avenue in Del Rey.

The fire that burned close to the 405 Freeway at Ballona Creek, was reported to authorities a little after 11 a.m. Brian Humphrey of the Los Angeles Fire Department said  LAFD firefighters were dispatched to 11349 Utopia Ave, joining Culver City firefighters who were already in the midst of battling the fire.

The fire was contained and put out, there were no reports of anyone hurt. A large plume of smoke was visible in the area east of Marina del Rey.