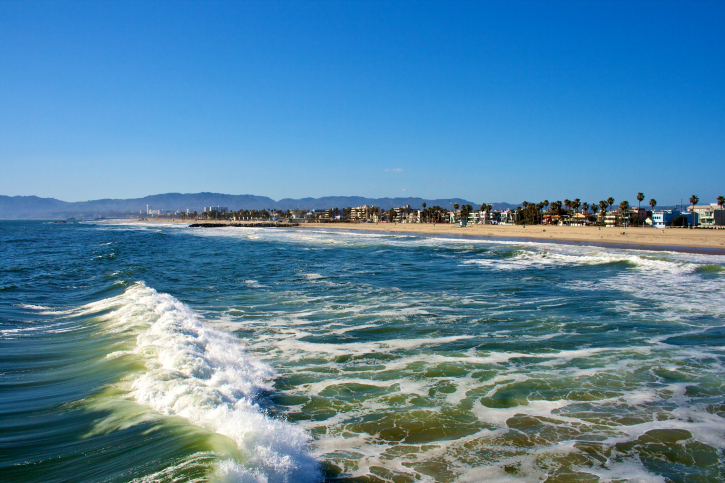 A risk of coastal flooding persisted in the Southland today because of a combination of high surf and unusually high tides, and the season’s “first significant Santa Ana wind event” is about to start,
increasing the threat of wildfire, the National Weather Service said.

Along the Central Coast, tides will be somewhat lower but bigger surf is expected, building to between eight and 12 feet or higher, it said.

“There will be a risk of coastal flooding during this time as elevated
water levels result from the combination of building surf, and unusually high tides,” the statement said, specifically citing Long Beach in L.A. County, Port Hueneme in Ventura County and Pismo and Oceano beaches in San Luis Obispo County as locations prone to coastal flooding.

Additionally, a high surf advisory scheduled to be in force until Friday afternoon was issued for San Luis Obispo and Santa Barbara counties, but no further south.

The NWS also forecast a long-period northwest swell today through
Friday, with a potential for high surf on west- to northwest-facing beaches.

High winds, meanwhile, emerged this morning as a big part of this week’s weather picture, with the NWS reporting that Southern California’s “first significant Santa Ana wind event of the season” will take place from Thursday night through Friday morning.

An NWS statement said that gusty northerly winds would blow across the mountains of Santa Barbara and the I-5 corridor this evening. The winds, 20 to 35 miles per hour, with gusts of between 45 and 55 mph, will filter into the San Fernando and Santa Clarita valleys and Santa Monica Mountains, it said. “Expect wind gusts up to 55 mph, with isolated gusts over 60 mph” in mountain areas, including the Santa Monicas, it said.

A wind advisory will be in effect from 9 tonight until 9 a.m. Thursday
in the Santa Monica Mountains and the San Fernando Valley. North winds of sustained speeds of 20 to 30 mph are expected during that period, along with 50-mph gusts, forecasters said.

In the San Gabriel Mountains and the Santa Clarita Valley, a wind
advisory will be in effect from 6 tonight, also until 9 a.m. Thursday.

The combination of gusty winds and low relative humidity will create “increased fire danger,” an NWS statement said. It said the humidity level is expected to remain above 25 degrees tonight but drop below 20 percent Thursday night into Friday as the Santa Anas bring drier conditions to the region.

Today’s temperatures are expected to be slightly lower than Tuesday’s, with the NWS forecasting cloudy skies and highs of 75 in San Clemente and on Mount Wilson; 76 in Newport Beach; 77 in Laguna Beach; 78 in Avalon, Palmdale, Lancaster and at LAX; 80 in Mission Viejo; 81 in Long Beach, Irvine, Anaheim, San Gabriel and downtown L.A.; 82 in Pasadena, Saugus and Fullerton; 83 in Burbank and Woodland Hills; and 84 in Yorba Linda.

Thursday’s temperatures will be a few degrees lower.