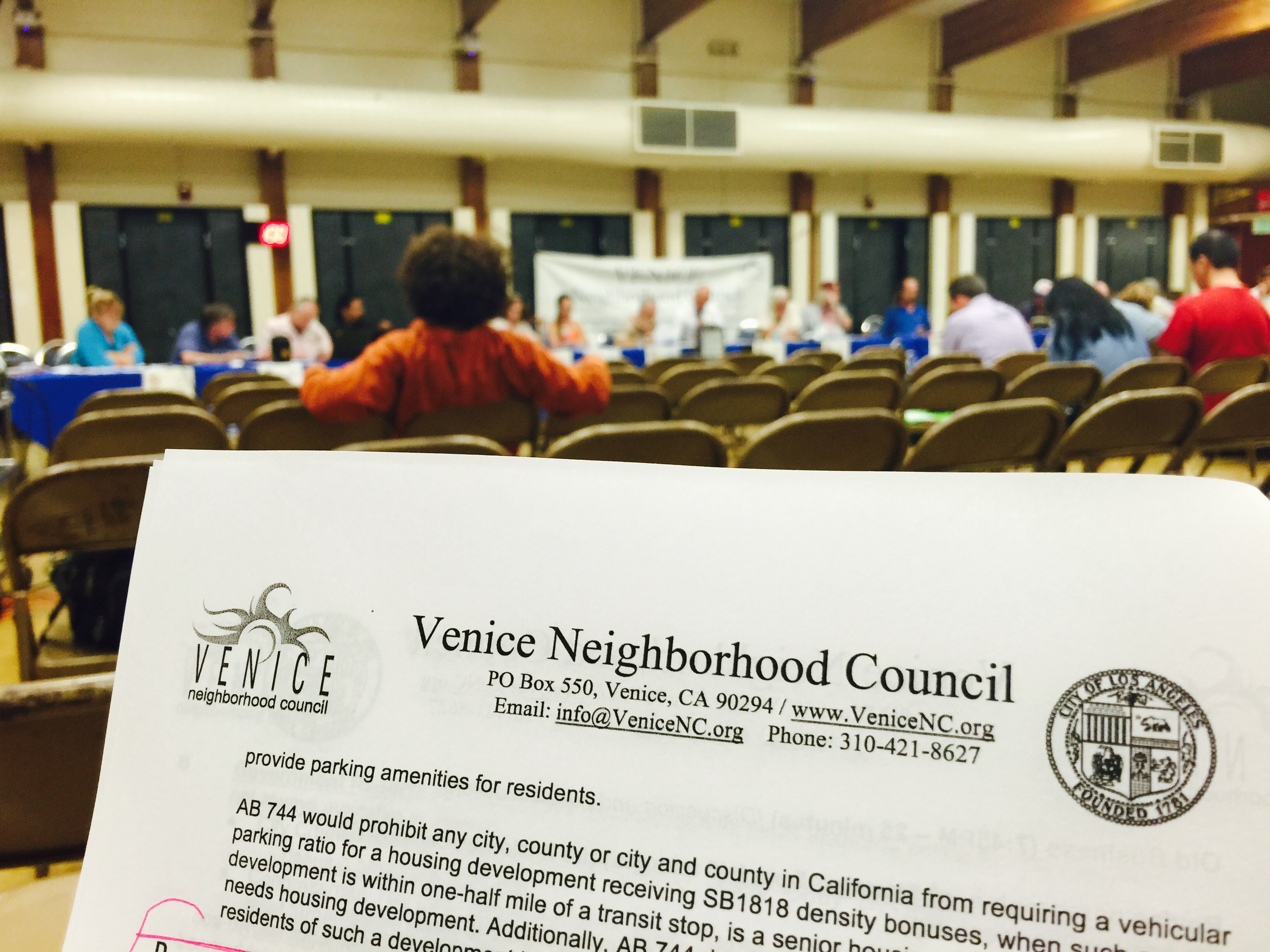 The Venice Neighborhood Council has approved a motion, 10-3-2,  to legalize safe and habitable bootleg units in Venice.

The motion was originally recommended by LUPC at their meeting on June 2nd this year. The idea being that converted, self-contained spaces on properties in Venice, such as a  shed or pool house, that have not gone through the correct permitting procedures and are currently illegal, be legalized.

9 people stood up for public comment, most in favor of the motion, including Steve Clare of the Venice Community Housing Corporation.

Clare said the motion was a way to protect low-income dwellings and “…increase the supply of affordable housing without much of a burden to the city.”

The motion read, “In the midst of our current housing crisis, 44,000 people are without any housing and hundreds of thousands more are doubling and tripling up to maintain a roof over their heads; Therefore Be It Resolved that the Venice Neighborhood Council recommends that safe and habitable bootleg units should be legalized by granting exceptions to the VCZSP, zoning codes and parking requirements, on condition that they are rented to low income tenants at low or very low affordable levels, and that such conditions be recorded on title to the properties and monitored by the City or a designated agent.”

The motion suggests that the process begin with an amnesty to encourage property owners to apply to legalize their bootleg units, with subsequent imposition of fines for noncompliance.

The  City of Los Angeles has estimated that there are between 40,000 and 60,000 bootleg units in Los Angeles.

An amendment was made to include that leases run no shorter than on a month to month basis to protect against the units being rented on home sharing sites such as AirBnB.

While most on the board voted in favor of the motion, Ira Koslow was against it, “I can’t believe the solution to such a big problem is to make something illegal, legal.”

Koslow questioned the city of Los Angles ability to inspect so many units and successfully enforce safe maintenance, “It does not solve a problem and it will put low income tenants at risk” said Koslow.

Robin Rudisill of LUPC said that while she would not usually support a motion such as this she felt compelled to do so, saying of the current housing shortage in Los Angeles, “We are in extreme  conditions and a crisis.”

Standing up for public comment, the VNC’s Yolanda Gonzalez was torn, “In a way I’m for it, in away I’m against it. I made a lot of love in these garages in the 70’s,” she said.