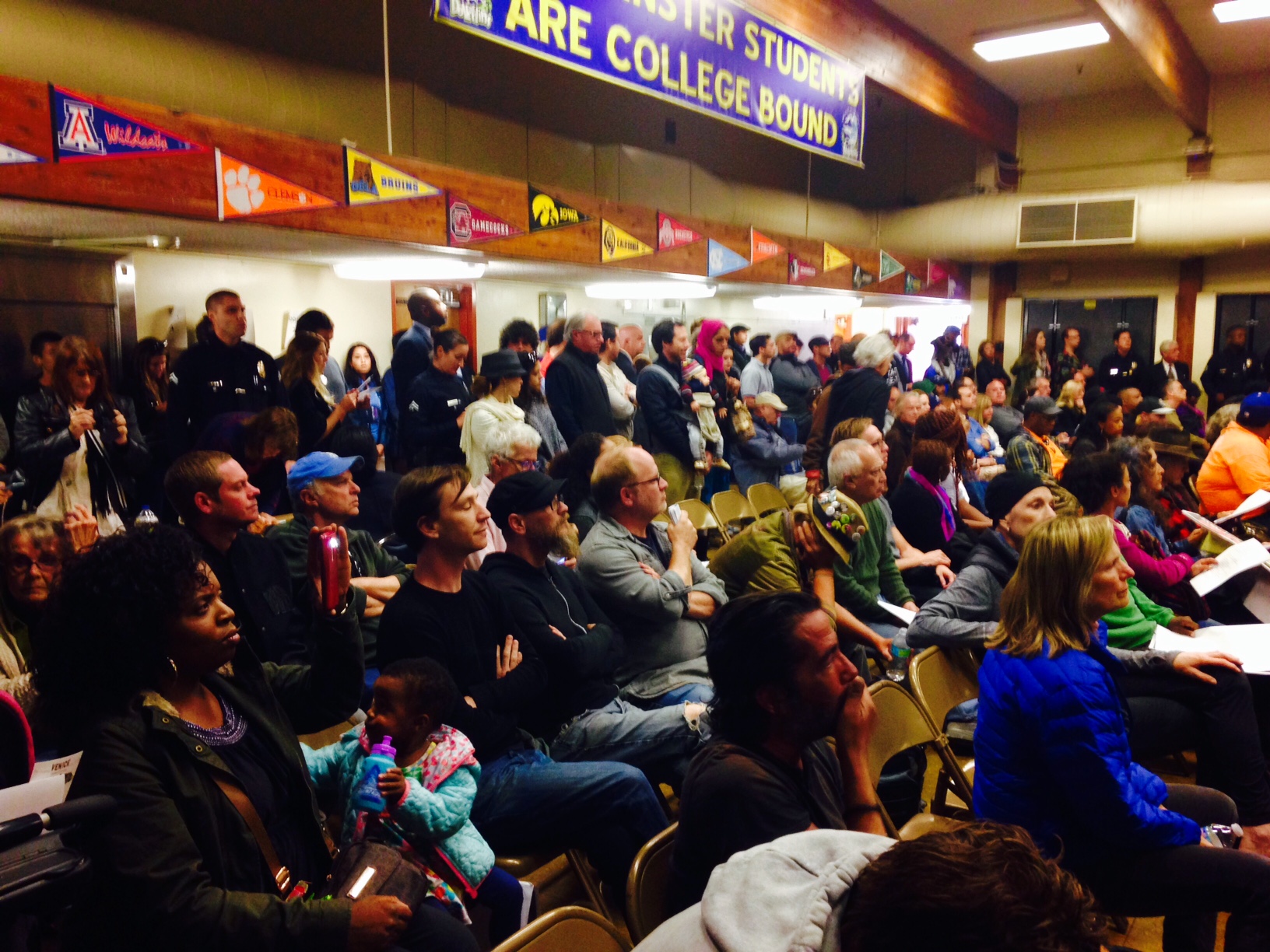 “For those of you who knew Dizzle, I am extremely sorry” said Councilmember Mike Bonin, addressing the large group of Venice residents and homeless who turned up to the LAPD community meeting at Westminster Elementary School on Thursday night.

Bonin took to the podium amongst a chorus of boos from the angry audience. Emotions ran high, at one point meeting facilitator Francisco Ortega from the Human Relations Commission  threatened to shutdown the gathering after the crowd became so rowdy speakers could not be heard.

While many where there to seek justice for Brendon Glenn, the 29-year old homeless man who was fatally shot on Tuesday night by an LAPD Officer, Bonin brought to attention the larger issue at hand, the Venice beach Homeless crisis saying “We fail the homeless and we fail each other” Bonin went on to say “Many people here are looking to find someone to blame of Dizzle’s death…honor Dizzel’s death by ending homelessness”

Police Commission President Steve Soboroff said that we need to ask “What can we do to move past this tragedy and make it the beginning of something good?”

A police investigation continues into what happened and how 29-year old homeless man, Brendon Glenn, came to be fatally shot by an LAPD Officer on Tuesday night.

The suspect was taken to a hospital, where he died, said LAPD spokeswoman Liliana Preciado. One of the officers was treated for an injured knee and because he is currently on pain medication is not fit to be formally interviewed.