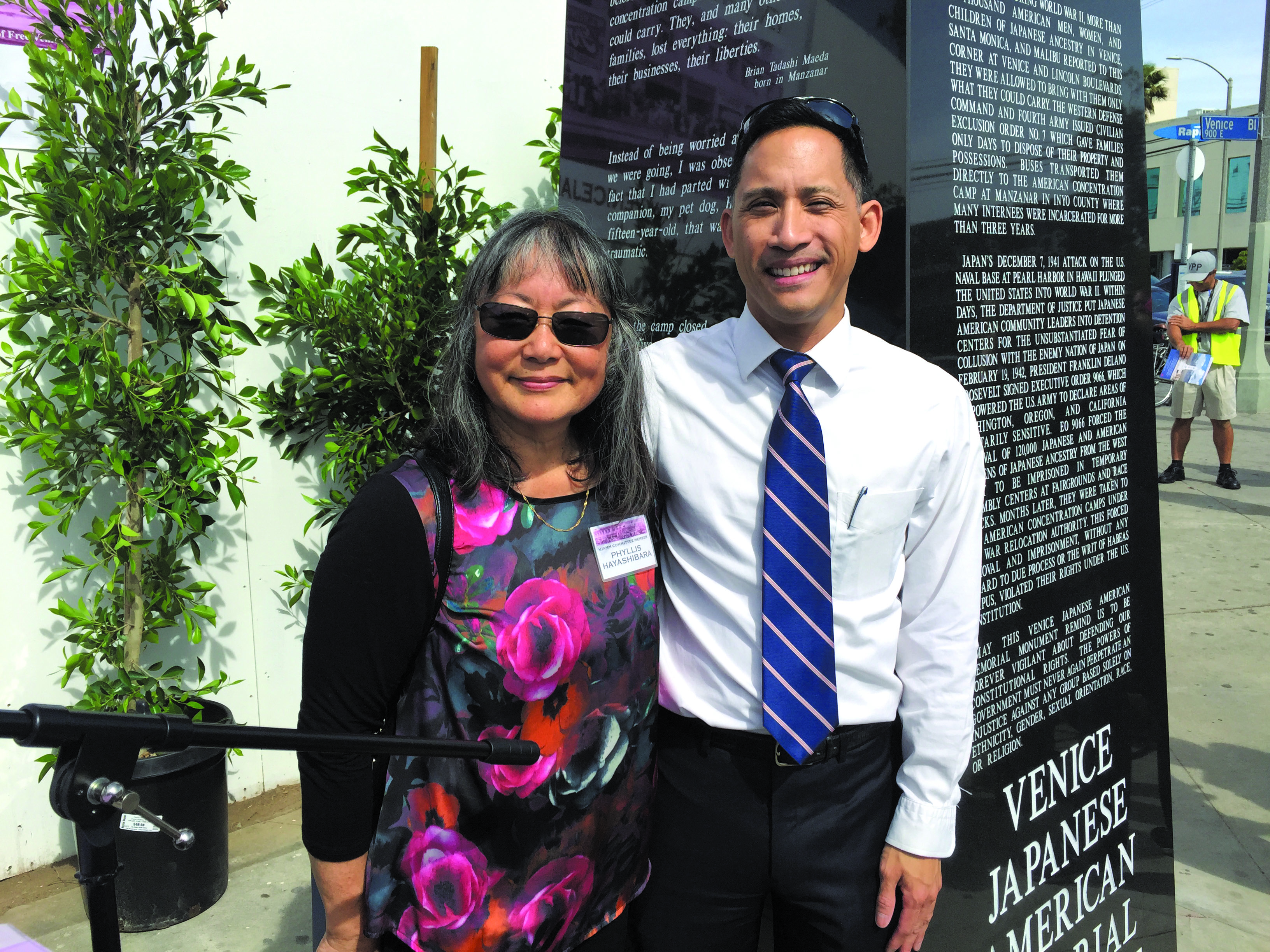 During WWII, thousands of Japanese Americans, feared to be spies, were sent to internment camps.

On April 27, 2017, Venice dedicated the Venice Japanese Memorial Monument (VJAMM) at the corner of Venice and Lincoln Boulevards, where, 75 years earlier, hundreds of Westside Japanese Americans were ordered to meet before being bused to the Manzanar War Relocation Center in Independence, CA.

Speaking at the event, activist and Manzanar Pilgrimage Pioneer, Warren Furutani, painted a chilling picture, asking attendees to imagine how it must have felt for these Japanese Americans.

Furutani said many were only given a few hours’ warning and were told to liquidate everything they possibly could, and with only what they could carry under their arms, come to a street corner to board a truck or a train or a bus to go to places unknown with a fate that was insecure and unknown.”

Venice local Lea Simpson, who together with her family recently visited Manzanar, told Yo! Venice, how jarring it was to see where so many had lived as prisoners.

The Venice Japanese Memorial Monument is a 14,000-pound solid, granite obelisk. One side of the memorial is inscribed with stories of those who were sent to Manzanar.

Among them is Arnold Maeda, who in 1942, lived in Santa Monica with his parents Toyoshige and Sasami, who ran a gardening business, until they were sent to Manzanar when he was 15.

“Instead of being worried about where we were going, I was obsessed with the fact that I had parted with my constant companion, my pet dog, Boy. For a 15-year-old, that was kind of traumatic,” the inscription reads.

Maeda was 19 before he and his family was released from Manzanar. The family lost everything, including their home and their gardening business. In addition, their youngest son, Brian, was born in the camp.

VJAMM Committee Member Phyllis Hayashibara noted that while the obelisk will forever mark a dark corner of Venice Beach history, “the VJAMM seeks to remind the living to be forever vigilant about defending our constitutional rights.  The powers of government must never again perpetrate an injustice against any group based solely on ethnicity, gender, sexual orientation, race, or religion.”