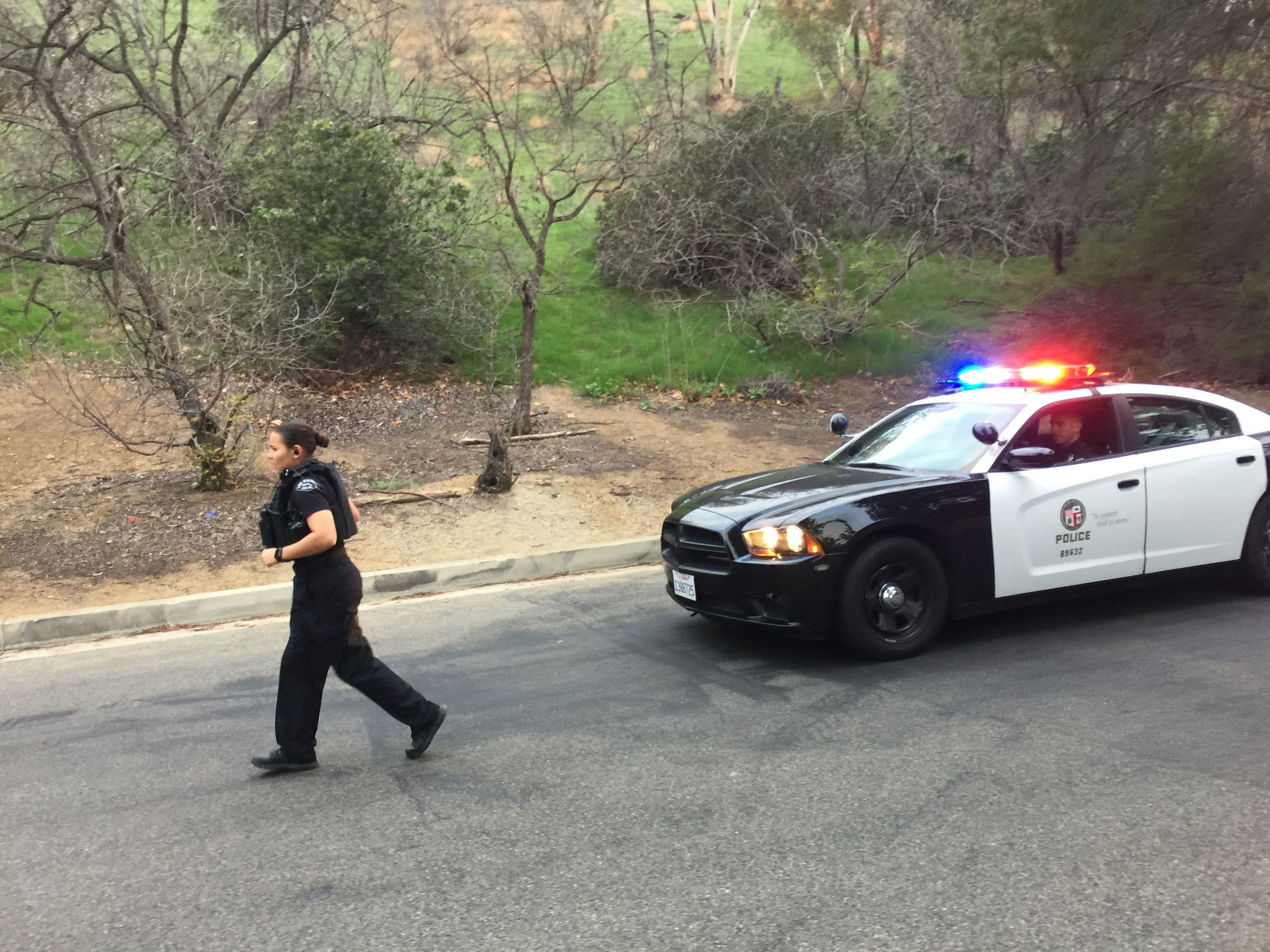 It is cold and dark. A cliche winter morning that even the sun seems reluctant to rise and meet. However nothing, it seems, stops Los Angeles Police Officer Kristina Tudor from rising to meet anything. She is preparing to run the LA Marathon in full tactical uniform and all in the name of charity.

After graduating from UC Riverside, Tudor served as a  commissioned officer in the Army. In 2010 she joined the LAPD, first being part of the Hollywood Prostitution Enforcement Detail, where she worked alongside VICE policing prostitution related crime, and them moving into LAPD’s elite Metro Division. In her spare time she enjoys serving in the National Guard, work- ing in the Army part-time as a hazardous material technician, and running marathons.

Last year Tudor ran the LA Marathon in her police uniform. The heavy wool in the hot sun almost unbearable towards the end of the 26.219 mile race, her feet weighed down by the pools of sweet that had gathered in her boots. This year she is running again but this time upping her game, running in a full tactical uniform that includes a bullet proof plate, and a helmet that weighs so much she admits she may have to carry it at times. Otherwise, by the end she will have trouble holding her head up. All in all Tudor will carry an extra 35 pounds while she runs, refusing to make any allowances, even her rifle magazines will be full of bullets.

Tudor enjoys a challenge. She is on a quest to find her limits, “there’s discomfort and pain involved with any physical activity, especially running. I think that’s the beautiful thing about life is you gotta find the limit,” and until she does find that limit Tudor says she will keep searching.

“I mean, why are we motivated to do things? It’s one of those spiritual secrets we just don’t know. To be honest I don’t know if it’s filling a hole or what, but there’s something about it that just keeps me pushing. No words can really explain why, you just want to do it,” she says.

Tudor says she is not an adrenaline junkie as much as she is curious to see where her limits lie, both physically and mentally in any human endeavor, especially endurance.

“It is a good parallel for life in that you need patience, discipline, determination; because even the preparation, it’s almost like a full-time job – nutrition, training, preparing yourself mentally. It mirrors life almost perfectly because you need those qualities in life to be successful. Especially to be a good police officer and leader, you do need a lot of patience and determination to do your job well and to serve others,” she says.

On Valentine’s Day Tudor will bring a bit of extra heart to her marathon run, choosing to use it as an opportunity to raise money, and aware- ness, for Venice Charity Badge of Heart. Founded by Officer Ken Lew of LAPD Pacific Division, the non-profit organization provides relief to victims of crime and families who face hardship. “If you’re going to put yourself through hell it may as well be for a good cause,” says Tudor.

“To be honest? I’m ecstatic. I’m happy, I’m honored to have a a runner like her run a 26 mile marathon on behalf of Badge of Heart,” says Lew.

Throughout LAPD Tudor has earned a fierce reputation and the respect of many. Lew says his fellow officers at Pacific Division couldn’t believe Badge of Heart had scored such an impressive ambassador. However it was in fact, Tudor who had reached out to Lew.

“She came into the station one day on another matter and we talked a little bit, I briefed her on Badge of Heart. A couple of months later she gave me a call and said she wanted to talk to me about running the LA Marathon on behalf of Badge of Heart,” says Lew.

Tudor says she was drawn to the charity because of the service it does helping those facing hardship. She feels there are parallels to be drawn with the work Badge of Heart does and running a marathon.

“You know if you’re going to be out there for a few hours with this stuff on, you’re doing it for something bigger than yourself, and Badge of Heart, that organization is doing something way bigger than itself. It’s helping so many people. I think it’s important to pay it forward. Definitely.”

Tudor says endurance running has become an important part of her life and has taught her important values.

She says she has taken what she learns through the challenge of a marathon and applied it to her attitude on life, especially life as a police officer.

“It’s humbling. Humility pays an important role in life, especially in a civil service field such as being a police officer. Humility and compassion. You know they shouldn’t be regarded as weak because you do need a certain amount of those characteristics to serve the community. Like Badge of Heart does.”

As part of her training she likes to run the hills up behind the police academy, following the loop Angels Point and Solano Canyon Roads make, high above the Los Angeles City skyline.

“I do enjoy running I do enjoy endurance and endurance competitions. The marathon is a perfect testament of human endurance and human will. I think I will continue to train and compete. I do enjoy the longer distances, fifteen hundred milers, it’s a different ball game and it really tests you, to the deepest core, but I like to run the Marathon, keep running marathons. I think I will continue to run marathons until I can’t move my knees anymore, until my cartilage wears out,” she says. Even then it is hard to imagine that Tudor would ever view a couple of bung knees as a hinderance to anything she attacks in life.

As she stands looking out across Los Angeles during a break in her training run, the marathon route sprawled below, one can’t help but wonder, in her quest to find the limit could it be that Officer Kristina Tudor proves she is, in fact, limitless.

The LA Marathon takes place February 14th, 2016. Show your support for Officer Tudor by donating to Badge of Heart via their Go Fund Me page at: gofundme.com/supportboh