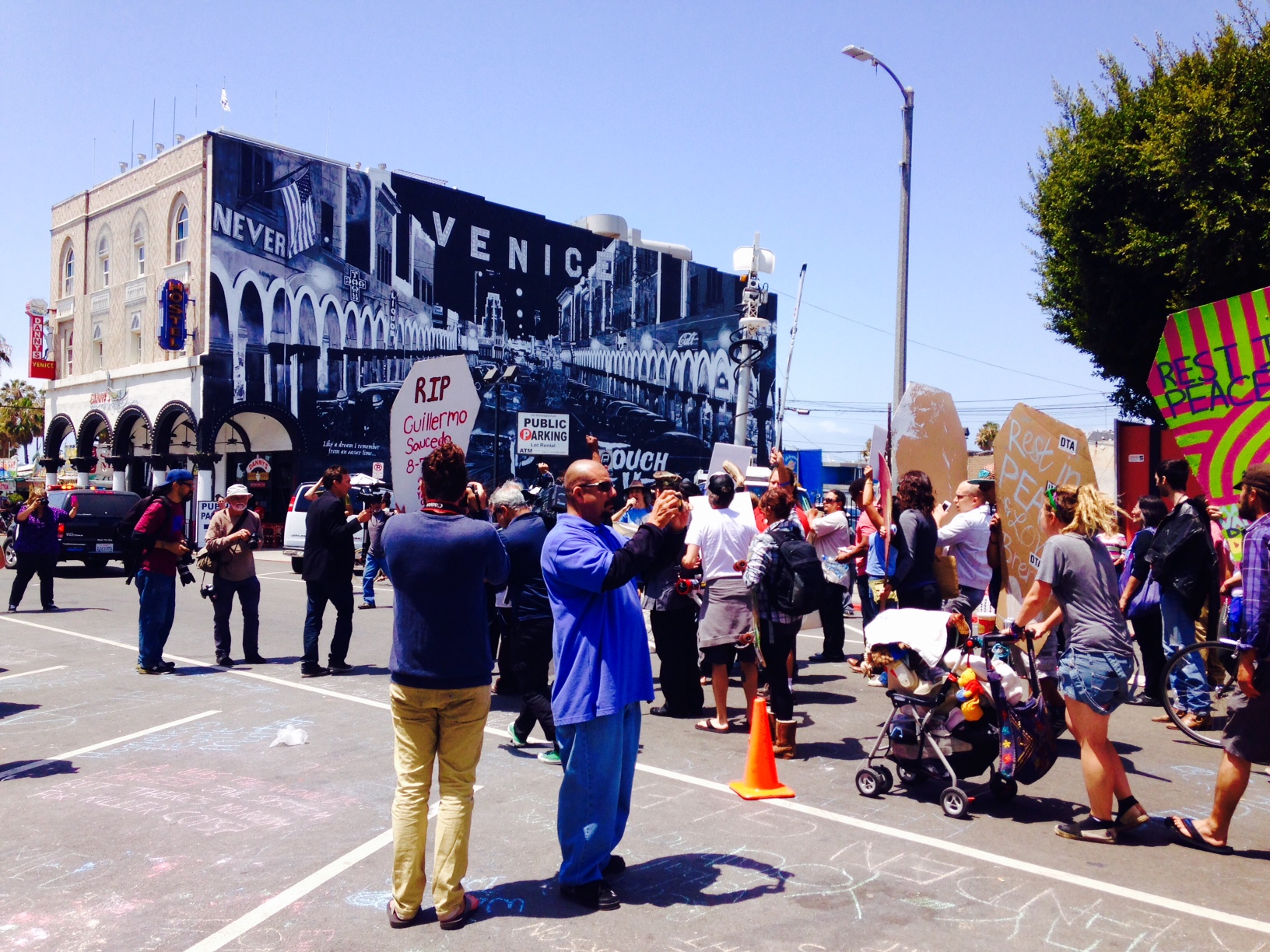 The union representing Los Angeles Police Department
officers has lashed out at Chief Charlie Beck, linking his policies to a surge in crime and calling for hearings at City Hall on his anti-crime
strategies.

The Los Angeles Police Protective League asked that the City Council’s Public Safety Committee  “immediately hold public hearings to determine the effectiveness of Chief Beck’s current crime reducing efforts and what he proposes to do to reduce the dramatic rise in crime.”

The police union cited a 20.2 percent increase in violent crime and a
10.7 percent increase in property crime from 2014 to 2015. In response, LAPD officials said that despite the one-year spike, the
crime rate in Los Angeles is still 21 percent lower than a decade ago, with about one-third fewer homicides than a peak of 1,094 murders in 1992.

LAPD officials blamed the crime spike on the possible effects of
Proposition 47, which reduced penalties for some offenses even though treatment services have yet to be made available. Changes in the way aggravated assaults are reported, more domestic violence victims coming forward and the rise in homelessness could also have contributed to the higher crime rates, LAPD officials said.

LAPD officials said they have implemented various “proven strategies” to fight crime more effectively, such as the expansion of a team of officers at the Metro division that can be “flexibly deployed to rapidly respond to crime spikes” and the doubling of zones served by city’s gang prevention and intervention programs.

Such measures “have not only reduced the much higher crime rates of past years but have shown positive results in the last quarter of 2015 and the initial weeks of this year,” LAPD officials said.

Relations between the chief and the union were strained when Beck called last week for charges to be filed against LAPD Officer Clifford Proctor for the May 5 shooting death in Venice of an unarmed homeless man named Brendon Glenn.

“I don’t do this lightly and in the vast majority of the time, as you
well know, I stand up for you, regardless of public opinion,” the chief told officers in a video, “but in this case, I had to call it like I saw it. I had to do the right thing.”

Police union officials accused the chief of flagging in the face of
political and public pressure. The union’s Jaime McBride said that by making public his recommendation to charge Proctor, Beck engaged in “nothing short of political grandstanding” to curry favor with department critics.

Officers, he said, have “lost any and all confidence” in his ability
to lead the LAPD. “He would be delusional to believe otherwise,” McBride said in a statement last week.

Councilman Mitch Englander, who chairs the council’s Public Safety
Committee, said he  “fully supports” the union’s request that he hold a hearing. He said he has heard complaints from officers who say they are “being run thin right now.”

Englander said he plans to introduce a motion Friday calling for a
special Public Safety Committee meeting on the issue. During the hearing, police union officials will be “at the table” with police department officials “to share problems, questions and suggestions moving forward to address this crime spike,” he said.

Englander said that while he believes deployment practices, initiatives and day-to-day department practices should be left up to the police chief, elected officials on the City Council have a responsibility to ask questions about them.

Englander said that like the LAPPL, he also has “deep concerns over the recent crime spikes and how the department may or may not be addressing those.”

“I certainly have a lot of questions … as we start going into next
year’s budget,” which will include discussions about “how we’re going to deploy our limited resources toward law enforcement to make a better impact,” he said.

He noted that one of the current crime reduction strategies, moving 200 officers to a centralized Metro division so they can later be deployed to areas with the most crime , “doesn’t appear to have made a big impact” and there are questions about whether the practice could deplete patrol resources.

Traveling with Your Pet This Summer?

Prepare for summer vacation with your fur-baby, here with some helpful tips is animal expert and Santa Monica Animal Shelter...

Traveling with Your Pet This Summer?

May Is Grapefruit Season in California