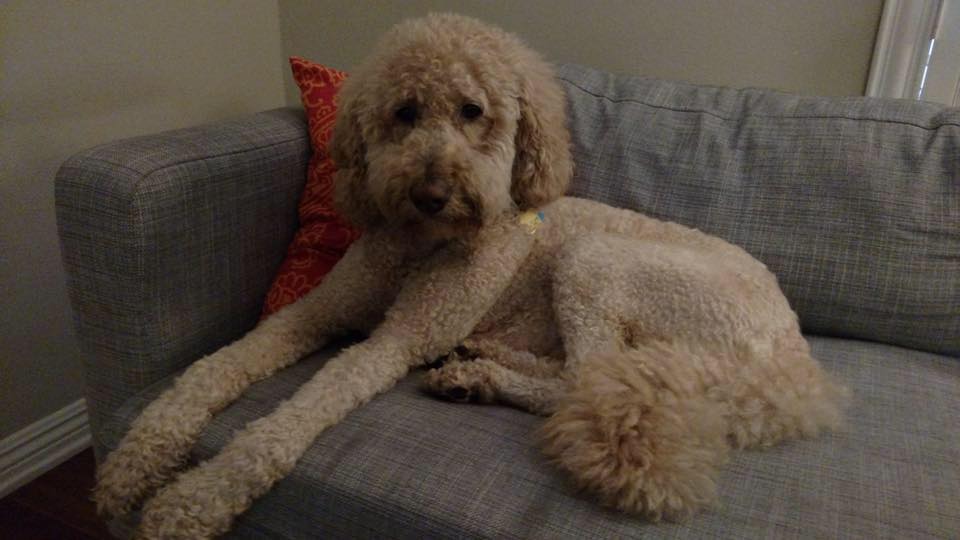 A Venice resident is offering a large reward in the search for his missing service dog Kramer who was taken from his apartment, saying several factors point to foul play.

“I was with my family for the holidays and had arranged for a friend to watch Kramer,” he said. “The friend later returned Kramer to my home, which is where he was last reportedly seen.”

Two separate witnesses reported seeing Kramer with a Caucasian woman in her early 20s with long, dark hair on Dec. 22 near the French Market Cafe on Abbot Kinney Boulevard in Venice.

“One witness said the dog appeared uncomfortable as if it did not belong to the woman he was with, and that the woman gave different answers when asked what the dog’s name was multiple times,” Glaser said. “The woman was also reported to have been standing in place for several hours, and the time coincides with the ad the witness saw selling a dog matching Kramer’s description on Craigslist (the ad has since been taken down, and Craigslist has not responded to his pleas for information on the poster).

Another eyewitness reported spotting a dog that matched Kramer’s description in Santa Monica on Monday, Dec. 29.

Glaser said he is offering a $2,000 reward for the dog’s return, no questions asked.

He said Kramer is extremely friendly, answers to his name, weighs 50 pounds, is cream/apricot-colored, has long hair (which could be short now), and is microchipped.

Anyone with information can share ANONYMOUS tips to help bring Kramer home by texting the LAPD Pacific Division at CRIMES (274637) and beginning your message with the letters LAPD, or call the 24-hour tip line 800-222-TIPS (8477).