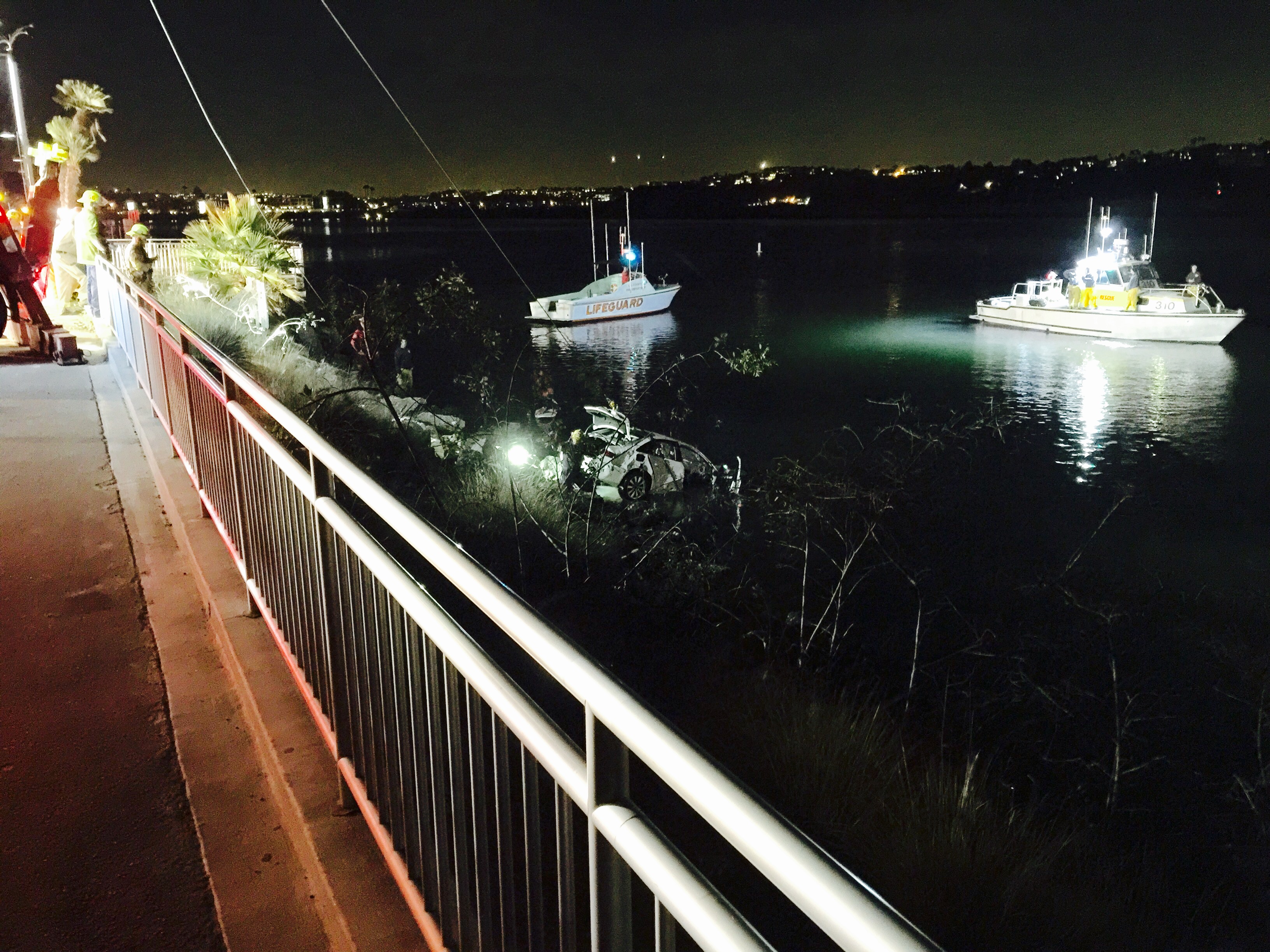 The driver who lost control at the wheel of a white Audi last night, flying through 2 barricades and into the Marina at the end of Pacific Avenue on the Marina Peninsula, is still missing.

Venice local, Mr Electric said, “I heard the car down-shift at about Yawl and accelerate. Pretty soon after I heard a loud crash. It didn’t sound good.”

Witnesses said the car looked to be traveling at around 65 miles per hour and didn’t stand a chance on the tight turn at the end of Pacific Ave., careening through barricades, over the rocks, and into the water.

As the car began to sink the driver managed to climb out and swim to shore. Witnesses on the scene believed he may have been drunk, as he clambered up the rocks, blood and water dripping from his body. The man

rested a moment on a nearby bench. People asked him if anyone else was in the car. The man said, “No” before he ran off.

visibility to locate the sunken vehicle, which was eventually winched out of the water.

So far police have not located the man.

Marina del Rey local Jasmine Walton arrived at the scene shortly after the car broke through the 2 barricades and plunged into the water.  In the video below she tells Yo! Venice what she saw.