As mentioned in June, The Newport Folk Festival (founded in 1959 in Newport, Rhode Island) is headed west for the first time, and hosting the “Way Over Yonder” festival at the Santa Monica Pier on October 5th and 6th! 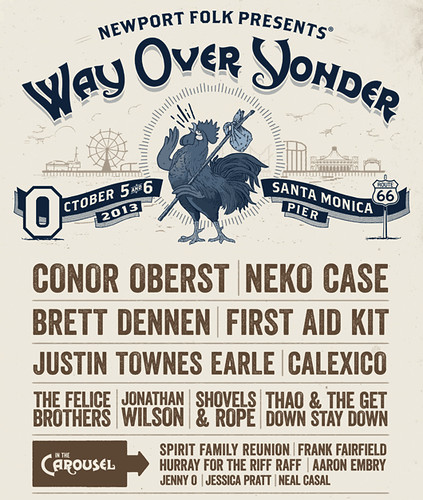 “We are thrilled to bring Newport Folk Festival to the West Coast, and look forward to meeting new friends and expanding the Newport Folk Family” said producer and festival organizer Jay Sweet.

Appeal hearing for mixed development at 811-815 Ocean Front Walk pushed back to August By Chad Winthrop An appeal hearing...

A mural honoring the veterans was revealed on Memorial Day on the VA Campus. Created by artist Nick Spano, veterans,...